A young girl called Elsagene McCormick was found dead in the bathroom of the boarding house where she lived with her mother, whose name was Etta.

Elsagene's autopsy findings are consistent with her having been strangled. 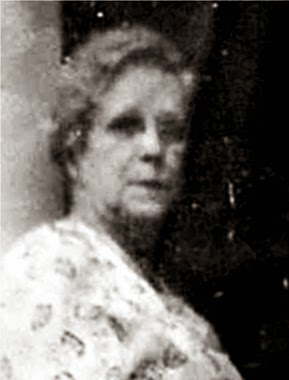 After her husband died, Etta worked for people who ran a Speakeasy and brothel on the North Side of Pittsburgh during Prohibition and the Great Depression of the 1930s. 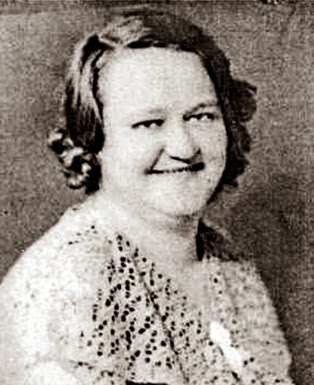 Living near Etta were Etta's brother, Eugene, and his wife, Elsie.

When Elsie's sister died, Elsie brought up her sister's child, who was a teenager called Ruth.

Elsagene pleaded unsuccessfully to be able to stay with the teenage Ruth.

Elsagene begged her, "Please, let me stay with you. Why can't you be my mother?"

Tikvah and Ruth both believe that Tikvah is a reincarnation of Elsagene.

How do we explain the apparent unfairness in life - the long prosperous life of the tyrant and the short life of the unhappy child?

Many of the early Christians believed in Reincarnation

Some people thought that Jesus was Elijah (Matt 16:13).

In John 9:2 the apostles asked Jesus whether the man blind from birth was blind due to his previous sinning.

We reap what we sow. 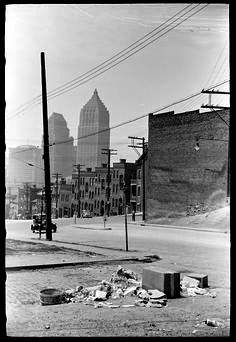 Her parents were Ruth and Rudolph Dobsch, who were both raised as Christians.

Rudolph had emigrated from Sudeten, on the German border with Czechoslovakia as a youth. He worked in the steel mills.

Ruth was born in the USA.

Ruth converted to Judaism and her daughter Tikvah was raised Jewish.

Elsagene asks Ruth to be her Mother, is Sexually Abused and Strangled, then is Reborn to Ruth as Tikvah

"As a child, I could not bear having anything around my throat, especially anything that was tied like a scarf...

"I had terrifying nightmares ... about being held down ... In the dream, my mouth is clamped shut...

"In 1950, while getting me ready for my first grade photo ... my mother shared a story regarding a girl who died 6 years before I was born...

"The girl, Elsagene, my mother continued, was found dead one evening in the bathroom of the boarding house where she lived with her mother, whose name was Etta. The door was locked..."

"My mother then shared that she thought that I was Elsagene reborn.

"To hear this story so young I was shocked, and at five or six years of age too immature to understand...

"Sometimes the nightmares began as a dream that suddenly became terrifying, always with a similar theme.

"In the dream, there is an attack, a struggle, and following a piercing injury, a spirit body is released, symbolizing death.

"I believe our spirits survive death. This belief is supported by an experience of a cardiac arrest in 2007, when I retained consciousness from above the chaos as the paramedics worked on my body...

"In a dream I am lying on a bed. It is evening and a man, who is familiar to me, is sitting on the bed. We are both above the blankets. It feels safe and natural, like we have been together like this many times...

"The man makes a stiff figure sitting on the bed toward the head, reading something, intensely reading a page that is spread open, a neat fold in the center, it is shaped like, looks like a letter.

"He is upset about what he is reading...

"He reaches rather slowly up to my throat and gently wraps both hands around my neck...

"That was my last nightmare. I am happy to share that I have not had nightmares since 2008 or so.

"It seems that the integration of my phobias and nocturnal fears with her life and death have brought peace to my soul...

"Etta died an old woman and is buried beside her husband in United Cemetery, Allegheny County, Pennsylvania..."

"She spent a childhood in many locations where she would discover and enjoy the outdoors enormously."

She married and divorced.

Like Etta she became the single mother of a daughter.

She became a nurse, earned a degree in English Writing from the University of Pittsburgh, worked as a reporter, creative writer, and editor, authored several books and "rediscovered her former self."

"At the age of two, James Leininger reportedly started having terrifying nightmares of his death.

"Ultimately, the family came to believe that he was the reincarnation of James Huston,a fighter pilot who died in World War II at Iwo Jima.

"Amazingly, Leininger not only knew the name of Huston's ship without prompting -- the Natoma Bay - but other details as well, such as the names of his shipmates."

A 50-year-old woman came to him with the complaint of a terrible pain in her right leg.

Pieter Langedijk asks the patient to see "pictures" and clicks his fingers.

The patient sits up straight. "I am lying on the floor of a hovel," she says dreamily.

"I feel younger but am unable to move...

"Someone is trying to strangle me," she cries. And the mystery of the strange pain is solved.

"In a past life, she was the 20-year-old crippled daughter of poor parents who could not look after her and had her killed," says Langedijk.

"After her moment of fear, she told me she was in a beautiful place with sunshine around her.

"I commanded her to go back there and imbibe the cosmic energy for healing. And she was cured."

Under trance, he went back to 1942 when he was a Roman priest being beaten to death by a Nazi soldier in a concentration camp.

"Three weeks later," Langedijk says, "he went to a border town he had never been to before. Yet he recognised the church there immediately and an old photograph hanging on the wall.

"The resident priest said it was an old monk killed by the Nazis.

"Then he looked again at the young man and said, 'Why, you could be his son.'"