John Allen (above) has been linked to top people in the UK.

Reportedly, John Allen has friends in the police.

John Allen is currently on trial for child sexual abuse.

A man, whom we shall call X, was at one of John Allen's children's homes from the age of 12 until he was 14.

X has told the jury in the John Allen trial how he ran away from the children's home, after he he had been sexually assaulted by the owner, John Allen.

The children's home was the Bryn Alyn home near Wrexham in North Wales.

X went to Wrexham police station to report what had happened.

"But he said a police inspector, or someone senior, then came into the room and said he was a friend of care home owner John Allen."

The top policeman warned X about the consequences of making allegations.

Reportedly, at least one of John Allen's children's homes was used as a boy brothel by MI5.

Google now appears to have a policy of 'hiding' any news stories which link the security services (CIA, Mossad, MI5) to pedophile rings and child sexual abuse.

X said he was then taken back and stripped, placed in boots that were too large for him, shorts and a vest and made to scrub the yard of the Bryn Alyn home.

X said that he and another boy were selected to work at Allen's hotel, The White Sands, at weekends.

On one occasion John Allen reportedly pushed X on to a bed at the hotel and tried to sexually assault him.

The social workers in the area appear to have been part of the pedophile ring.

The court was told that one victim saw Allen assault a child in front of a social worker "without any comeback."

"Another boy claimed he told a social worker he had been abused, only to be assaulted by the social worker's boss.

"When children did go to the police, Allen was called to pick them up and take them back.

"One boy alleged that he was introduced to Allen through a 'paedophile gang' before being abused by him."

Eleanor Laws QC, prosecuting, told the jury that Allen was found guilty in the early 90s after an inquiry into sexual abuse relating to six boys.

In 2001 he was charged with sexual offences relating to a number of boys but was not put on trial because of a technicality, she said.

The boy who was reportedly abused when just seven said he was 'screaming himself to sleep when Allen got into bed with him and sexually assaulted him.

He said the pain was unbelievable.

"Another boy said he suffered a serious accident, rendering him unable to walk.

"He claims he was not taken to hospital but was assaulted by Allen as he lay prone in the room of a children’s home.

"Another alleged victim said he was abused by Allen and a stranger in a toilet.

"He said it was like 'torture', with him ending up face down in stale urine and having to eat through a straw for weeks."

Adrian and Lee Johns, former residents of a John Allen home, and siblings. SABOTAGE OF WHISTLEBLOWER'S CAR? Adrian Johns died in a mysterious fire in Brighton.

2000, Feb - In the UK, the Waterhouse Report concludes that "widespread sexual abuse of boys occurred in children's residential establishments in Clwyd in North Wales between 1974 and 1990."

(Here is an Aangirfan post about North wales 'hidden' by Google. Many of our posts are disappearing from Google.)

One of the North Wales children's care homes reportedly 'used as a boy brothel by MI5'.

From Australia to the USA, the security services are said to run paedophile rings as a way of controlling the top people.

"We met the high and the mighty. Judges, QC's, directors and a host of other well paid participants."

"Care workers ... acted as go-betweens for a paedophile ring that extends into the topmost layers of society.

"Policemen, church ministers, local authority executives, senior businessmen and politicians, including someone believed to be a leading supporter of Margaret Thatcher, have been identified.

"The present Public Tribunal into the case...... measures have been taken to prevent the proceedings from being covered fully in the national media.

"In the event the press has been virtually absent from the proceedings.

"There would have been no significant national coverage of this major scandal, if not for the work of a single journalist, Nick Davies of The Guardian...

"Waterhouse has also indicated that the final report will not find the 'public figure' culpable of any crimes, even though he has been identified by six victims.

"He stated that whilst a number of the abusers will be named, those of the two policemen will be omitted, even though one of them has already been convicted of sexual offences against children...

"39 children's homes in North Wales have been implicated. Nearly 300 people have given evidence as victims of abuse. Some 148 individuals have been identified as abusers...

"John Allen, a convicted paedophile, ran a complex of homes in London and North Wales that supplied children to wealthy outsiders...

"At the Bryn Alyn home, two senior officials have already been convicted of systematic sexual abuse of children in their care.

"Another, Paul Wilson, was convicted of violent attacks on children but given a suspended sentence. He was accused of physical assault on 66 occasions by 66 different boys.

"A room at the Crest Hotel in Wrexham was regularly hired out on Sunday evenings to VIP's who were ensured a steady supply of children for their sexual gratification.

"Over a dozen victims who complained of abuse by the paedophile ring have met suspicious deaths.

"Two brothers who were abused by Allen were trying to blackmail him. In April 1992 one of them died in a house fire in Brighton. The other died soon afterwards in mysterious circumstances....

"One witness ...claimed to have been abused by 49 different people.

"At the age of 11, he attended army cadets where two of the instructors, both policemen, raped him repeatedly. At an army cadet weekend camp he was raped by another instructor. 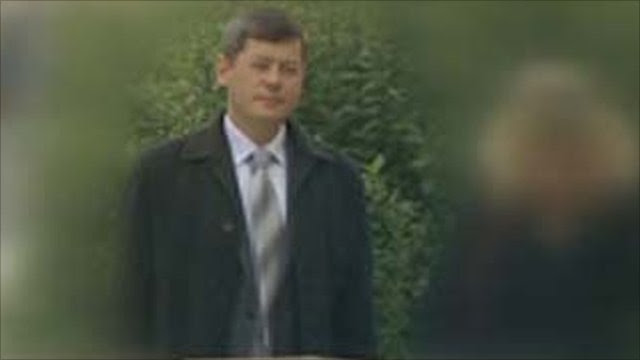 A former leader of Hampshire's Army Cadets was found guilty of three charges of indecent assault and jailed for four years.

"Far from social services providing a haven from such abuse, it became the means through which he was exposed to even worse physical and mental torment.

"At his first home he was indecently assaulted by the superintendent, groped by one housemaster, beaten by another, half-drowned by a senior housemaster and slapped by a policemen he tried to complain to.

"At his second home, aged 15, he was abused by those in charge of the centre and offered up to wealthy outsiders. He described one of these as 'a powerful public figure'.

"After this man took him to an outhouse and orally and anally raped him, he was told, 'Just remember who I am.'

"At the age of 16, he ran away from the Wrexham home, but ended up in the custody of one of the army cadet instructors who had raped him. This man introduced him to a group of 20 associates, who took turns to abuse him.

"Amongst the culprits identified were two jewellers, a director of a major company, a local authority executive, a Roman Catholic priest and another social worker.

"Many of those identified have subsequently been convicted of sexual crimes against children...

"The most revealing evidence is that regarding one of the paedophiles, who it was hinted at was one of Mrs Thatcher's most prominent supporters.

"When the police finally arrested 17 suspects, during an inquiry in 1991, the victim claims that 'For some unknown reason, he (the top public figure) was not arrested like anybody else.

"I tried to tell the police of many instances not just relating to him and I was told at the time, and I will never forget it as long as I live, that they were not interested in that.'

"The tribunal was informed that the North Wales police had in fact recommended that the man be prosecuted, but this was blocked by the Crown Prosecution Service in London - which took over the case from its local branch... 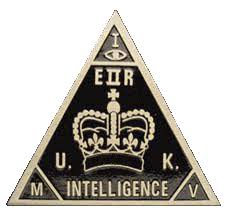 "Those who turned to the police or other social workers for help were met with indifference or outright hostility. A total of 27 separate police inquiries failed to produce anything substantial.

"When the police finally launched a major inquiry in 1991, they secured the conviction of only four of the care workers and concluded that there was no evidence of a paedophile ring.

"A total of 13 reports by social services went unpublished.

"Clwyd County Council commissioned an independent inquiry and then ruled that its report could not be published..."

"25 children aged between 12 and 17 disappeared from care homes and foster care in Kent alone last year.

"Kent Council admitted that they had ‘no way of knowing’ what had happened to the children although it was suspected that these young people were victims of child trafficking...

"Police estimate that some 10,000 children go missing from care annually, though official government data recorded only 930 last year…something of a discrepancy, that...

"Still no writ from his Lordship, by the way..."

The Rt Rev Peter Ball, 80, who served as the Bishop of Lewes and later Bishop of Gloucester, was arrested at his home in Somerset, on suspicion of eight sex offences against eight boys and young men.

"I have known for 20 years the inside story of the inquiry into the paedophile ring that, last month, the MP Tom Watson implied was shut down to protect a No10 aide in the Thatcher administration.

"Mr Watson was contacted in October by one of the inquiry’s child protection experts, now retired.

"The coverage of the Savile scandal had awoken painful memories of how his evidence about Peter Righton, then a child care expert and children’s homes consultant, was destroyed.

"He told Mr Watson: 'My unit was closed down almost overnight and a manager took my files and burned them.'

"It then emerged that Righton’s lover ran a school for emotionally disturbed children, and Righton was vice-chairman of governors.

"New Barns School in Gloucestershire, which was attended by many children from London care homes, was investigated and closed down on child welfare grounds.

aangirfan: THE WATERHOUSE 'COVER-UP'.
Posted by Anon at 03:00