Is there a campaign being waged against 'alternative' news sources?

A post entitled NSA SABOTAGE OF COMPANIES WORLDWIDE is not going to get many readers.

And a post entitled PLOT TO KILL BLAIR is not going to get many readers.

What do these two posts have in common?

..
Watch what Americans do. But do Americans care?

Fred Branfman, who exposed the Pentagon's mass murder of civilians in Laos, died on 24 September 2014, aged 72.

Fred's book exposing the targeting of civilians was called 'Voices from the Plain of Jars', and it was published in 1972. The work of American Christians.

Fred Bronfman concluded that the problem with the human race was that it blocked out "uncomfortable facts, inconvenient truths and other people's suffering."

"Few seemed to care how America's so-called democracy worked: the executive branch and corporate elites uniting to do what they liked, and damn the consent of the governed."

Fred Branfman discovered that the American planes dived close and aimed at the civilians directly.

They went on doing so, flying up to 200 sorties a day, for five years.

"The thatch-and-timber houses burned like candles, the villagers told him...

"The paddies and ponds were poisoned, so the ducks died.

"Children picked up bombs, and their arms blew off. 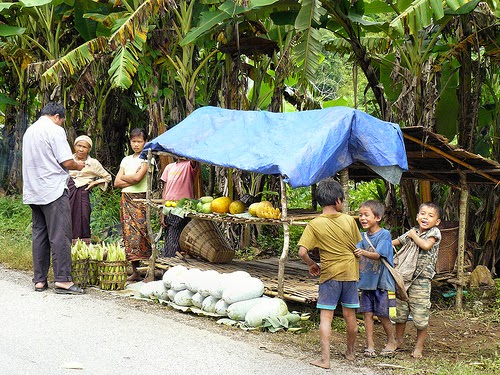 "Everyone dug holes to creep into during the day, emerging at night to try to plant rice unseen, but bombs fell into the holes too.

"An old woman was struck as she carried food to market, and a boy found his father killed, alongside his buffalo, in a field he was ploughing..." 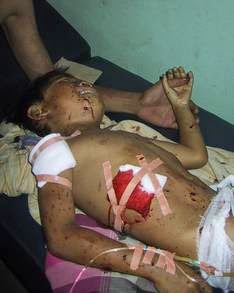 A 14-year-old boy told Fred how he had sung in the ricefields, even as the planes passed over.

"I felt that although I might have to die, it did not matter; that I just had to be happy in the midst of all the sadness of war, of the airplanes dropping bombs."