Nearly three-quarters of Scottish bets on referendum are for YES 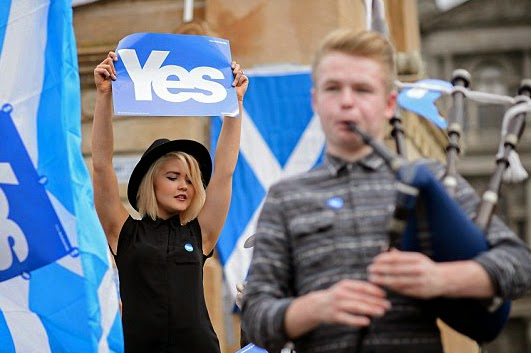 How the media shafted the people of Scotland. 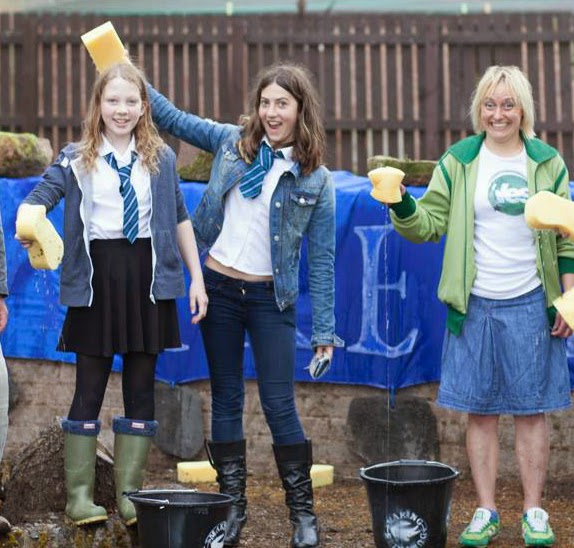 "Surely if this 'political reformation', as John Harris described it, happened anywhere else, we would be calling it a velvet revolution and marvelling at democracy in action...

"The (anti-independence for Scotland) rally in Trafalgar Square was said to be essentially British ... addressed by the nonetheless Irish Bob Geldof. Good things were said about the badness of borders ... Perhaps we may look forward to a world government...

"This coy Britishness on display was engineered by Dan Snow, whose father-in-law owns 96,000 acres of land in Scotland. Samantha Cameron’s stepdad owns another great tranche, but it is not done to mention these things."

This is Scotland's velvet revolution and we should listen to the people shouting. 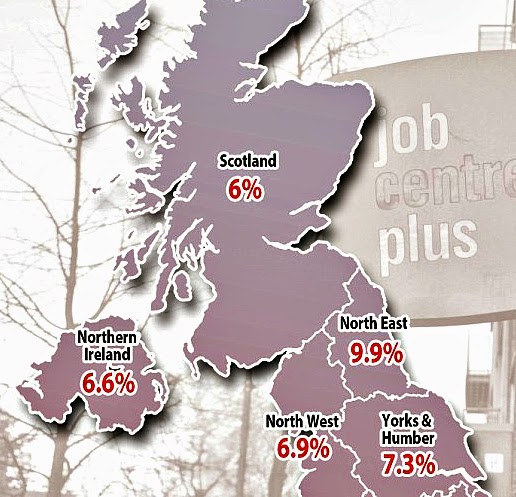 Over the last several months, we have only seen two NO campaigners. One is a retired general who lives in a very big house and the other is a very posh lady.

The REAL Reason Britain is Freaking Out About Scottish independence. Scotland's oil..


Scot of Crichton – For the Sake of Old Times Brave Scots, Follow Your Hearts and Vote for Freedom