WHY SCOTLAND SHOULD VOTE YES 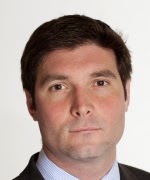 If Scotland votes YES, it will be a good time to invest.

"I have got a number of businesses lined up that we will look to substantially increase our holdings in.

"They are all international, world-class businesses that would see a significant uplift from a weaker sterling...

"With 80 per cent of UK stock market earnings derived overseas there are very big chunks of the market that will have a very big upgrade from a weaker currency."

Godber: My fund is ready to buy if Scotland says 'Yes'. 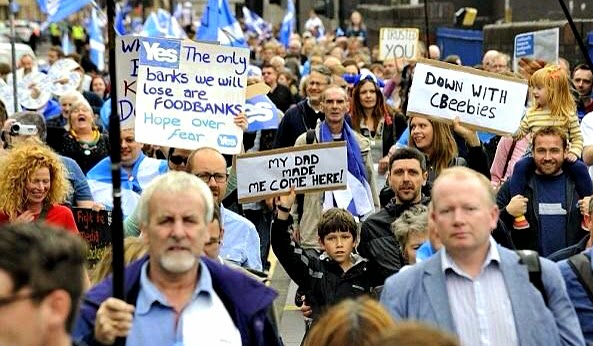 The UK's mainstream media and the London politicians have lied to the people of Scotland.

On 124 september 2014, pro-independence Scots rallied outside the BBC's Glasgow HQ to protest against the BBC's pro-union bias and demand the resignation of the BBC's political editor Nick Robinson.

‘Stick your license fee up your arse!’ say some Scots to the BBC, as they denounce a ‘liar’ BBC journalist.

The corrupt London politicians have been booed and heckled and mocked.

The NO to independence campaign has relied on fear.

The NO campaign has said that if Scotland gets control of its oil wealth, it will become poorer.

The NO campaign has said that if an independent Scotland gets rid of the Faslane nuclear base near Glasgow, then Glasgow will become less safe.

The NO campaign cannot explain why MI5 and MI6 did not manage to prevent the London bombings.

This is the same Deutsche Bank which made a loss of 1.153 billion euros in the last four months of 2013. 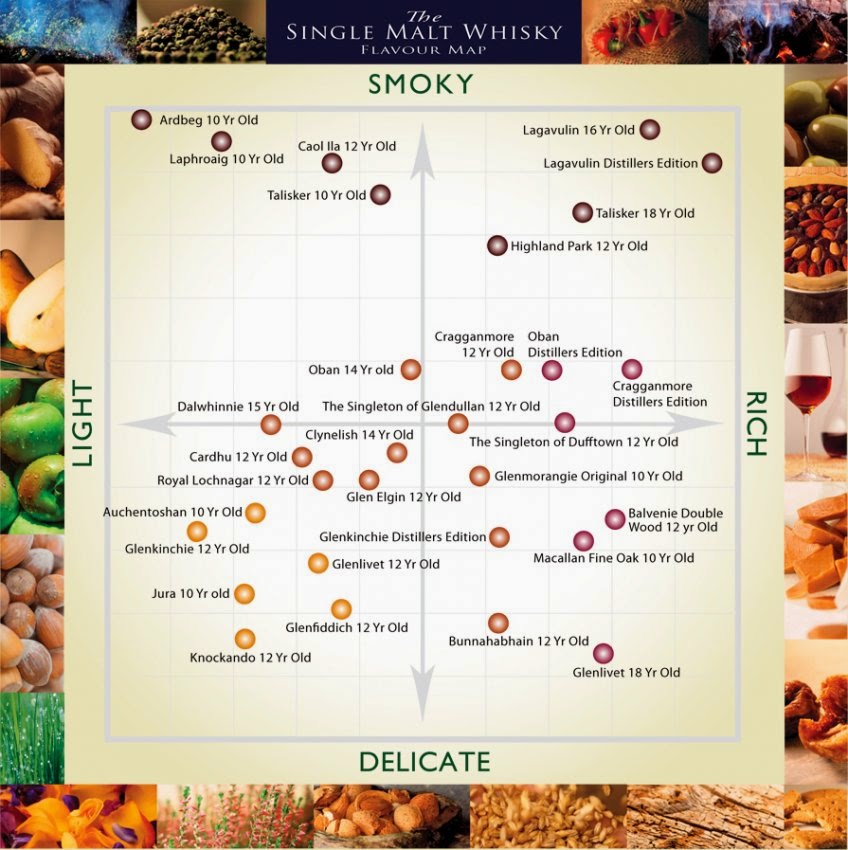 Mapping the whiskies of Scotland

Crimes of Empire reminds us:

"One of the many ridiculous myths perpetrated by New World Order advocates is that the bigger and more distant a Government is from the people, the more benevolent and competent it will be...

"A national Government based in Edinburgh will have an obviously stronger knowledge of local issues, greater incentive to meet the needs of the people and generally fewer barriers than exist between the people of Scotland and the London government."

I would vote yes because ... of the well-known advantages of newborn states and more intimate governments.

Scotland ... would be driven towards true self-sufficiency, capable of resembling Denmark, Norway, Ireland or Slovakia as a haven for fleet-footed entrepreneurs.

"The international and security case for Scottish independence has been boosted with Yes endorsements from senior Scottish military and diplomatic figures only days before the referendum.

"The senior Faslane Naval intelligence officer Lieutenant Commander Colin May - who has just retired from the Royal Navy - and former British Ambassador Donald MacLaren have both declared their support for a Yes victory in the referendum.

"The announcement comes shortly after a Yes vote was supported by the last UK ambassador to NATO Dame Mariot Leslie and the former head of the UK defence industry association Ian Godden."

Lieutenant Commander Colin May said: "Faslane would be an excellent conventional naval base and home for Scottish Joint Forces HQ...

"Unfortunately the UK has not taken the northern dimension seriously in recent years. We are without any serious ocean-going conventional vessels based in Scotland and the MOD scrapped the entire Maritime Patrol Aircraft fleet...

"More settled military service in Scotland will also be of huge benefit to defence dependent communities like those around Faslane and Coulport.

Retired Ambassador Donald MacLaren wrote: "Today’s reality is that, with the Union, we continue to float downwards...

"I tell you, there are plenty of Scots (and non-Scots) in the Foreign Office and in every other branch of government who are ready to swap shaughly Union decision-making for the creativeness and vigour of real responsibility within a Scotland making its new way in the world." 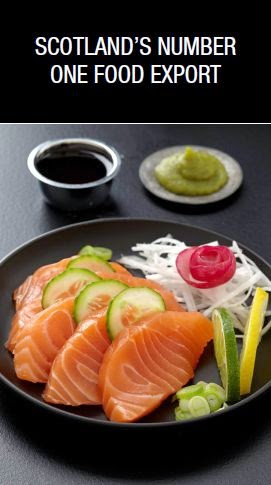 Scotland's GDP per capita is £24,398, which is above the UK, Finland, Iceland, France and Japan.

What Impact Will a Yes Vote Have on Scotland's Exports?

The top economist John Kay (above) writes in the Financial Times:

Would an independent Scotland be economically viable?

Not an issue. Scotland ... is the richest UK region outside London and the southeast.

How does the economy differ from that of the rest of the UK?

Scotland remains strong in ... insurance and asset management. Tourism, and premium food and drink - whisky but also products such as Aberdeen Angus beef and seafood - are important. And the North Sea oil industry has helped establish a strong energy services sector.

Business for Scotland wrote: "The oil in the North Sea is worth over £1tn.

"There are at least 15-24 billion barrels of oil remaining which will continue long into the 21st century.

Business for Scotland reports on the potential for a west coast of Scotland oil boom that is currently blocked by the UK Ministry of Defence, because of Faslane's nuclear submarines.

Getting oil from Scotland's west coast would revitalise the economies of Ayrshire and the Strathclyde region as a whole. It operates across 33 offices in 25 countries.

Martin Gilbert, the boss of Aberdeen Asset Management says that an independent Scotland will be a 'big success'.

He dismisses suggestions that a Yes vote will harm the economy. Scotland will copy Ireland which has reduced corporation tax - in order to attract  top technology and pharmaceutical companies.

Scotland exports more than it imports, unlike England.

The trade deficit for England has widened

This is one reason why the pound sterling has weakened.

On 10 September 2014, the headlines in the newspapers suggested trouble for 'Scottish' businesses.

Yet the truth is otherwise.

On 10 September 2014, we read that twelve analysts have assigned a buy rating to Aberdeen Asset Management.

JPMorgan Chase is one of the firms with an 'overweight' rating on Aberdeen Asset Management.

On 10 September 2014, The Daily Telegraph writes that shares in Cairn Energy are worth considering ahead of a busy drilling schedule.

On 10th September 2014, Investec removed Royal Bank of Scotland from its list of stocks to avoid and moved it to a more moderate ‘hold’ rating (previously ‘sell’).

On 10th September 2014, Standard Life's stock had its 'outperform' rating reaffirmed by RBC Capital in a research note.

The coal power station at Cottam, in England, privatised in 1991, bought by Electricité de France in 2000.

England is run by strange people.

In the Financial Times, James Meek has explained how Power has been taken from the people, and,  what privatisation has meant for Britain

James Meek explains that the coal power station at Cottam in Nottinghamshire was privatised in 1991.


Cottam was then renationalised - by the French government.

"In 2000 it was acquired by the French state concern Electricité de France, which also owns a huge chunk of the rest of Britain’s electricity industry, including all its nuclear plants.

"There, in Nottinghamshire, all the supposed goals of privatisation - to dismantle state control over industry, to give ordinary Brits a financial stake in its success, to show inefficient, socialistic European state companies how much more successful privatised, entrepreneurial British executives would be - were being defeated, day by day, hour by hour."

James Meek refers to "privatisation as the dispersal of control over national economies ... towards tax havens, multiple jurisdictions, super-rich families and authoritarian states."

Scotland must realise that England is run by crooks.
Posted by Anon at 15:30