On 10 September 2014, America's Senator Ted Cruz, a Republican representing Texas, spoke at a meeting discussing the plight of Christians in the Middle East.

Cruz said: "Christians have no greater ally than Israel."

Cruz was booed and heckled and swiftly left the stage.

Before Israel came into existence, Christians were generally able to live in peace in the Middle East.

The Muslim Council of France has denounced the persecution of Middle East Christians and said mosques across France would pray for them. (Muslims back Christians against ISIS)

It is Israel that has stirred up the wars in the Middle East; Israel wants its Greater Israel; and that means kicking out the Christians.

It is Israel and its friends who run the Islamist terror groups, such as al Qaeda, ISIS and Hamas.

Most of the public are unaware of the Jewish threat to Christians, because it is the Friends of Israel who control both the media and almost all the politicians.


The BBC, which employs an extraordinarily large number of Jews, has been accused of anti-Scottish independence bias after editing out Alex Salmond's remarks about banks. 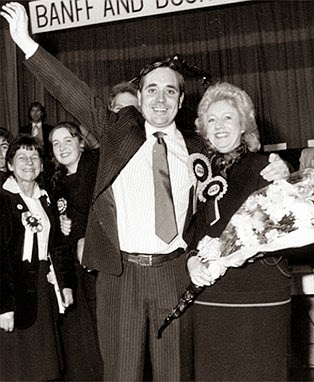 The BBC's political editor, Nick Robinson, who is Jewish, "produced a report that wrongly claimed Alex Salmond had ignored his question during a heated press conference."

Nick Robinson edited out Salmond's lengthy answer which explained that the BBC had skewed facts and colluded with the London government to undermine the 'Yes' campaign.

Salmond explained that the economic significance of RBS and Lloyds Banking Group seeking to re-domicile to London would be minimal, as only banks' 'brass plates' would be moving, while jobs in Scotland would remain secure.

Salmond called for a leaks inquiry into who from the Treasury briefed the BBC about RBS.

Tim Martin, the boss of the pub chain JD Wetherspoon has said there is "no sensible reason" for the price of a pint of beer to rise in Scotland if the country votes for independence.

Tim Martin said Scotland "could do very well on its own", and said there was "a lot of nonsense" about prices rising.

Martin said prices could even fall if Scotland lowers VAT on food consumed in pubs.

Chief executive John Hutson stated his confidence in Scotland, telling reporters that "independent or not, Scotland's a great place to do business".

9/11 FACT: The Pentagon Was Hit By A Cruise Missile From The US Military Arsenal