Life involves both ups and downs.

Some people, being fed up with the downs, hope to escape into Nirvana or Heaven.

1. Is there any evidence for Nirvana?

These Near-Death Experiences are said to include "feelings of total serenity, security, warmth, the experience of absolute dissolution."


Nirvana means "to be extinguished".

Nirvana can be seen as being like the extinguishing of a fire.

"When the fires of greed, hatred, and delusion are extinguished, the mind is free to operate in terms of its fullest capacity."

2. Is it selfish to leave this world and go to Heaven or Nirvana?

What about the suffering people left behind?

Most Buddhists do not see Nirvana as a place.

They see it as a state of mind.

For the Buddhist, there is Samsara, this world of suffering.

And there is Nirvana, which is free from suffering.

In Samsara, beings "wander through the impermanent and suffering-generating realms of desire..."

Buddhists claim that people can achieve Nirvana during their lifetime.

Some Buddhists think that Samsara is a place, but, most see it as a state of mind.

So, it is not selfish to leave Samsara, if it is a state of mind.

Buddhists believe that we create our own individual worlds. 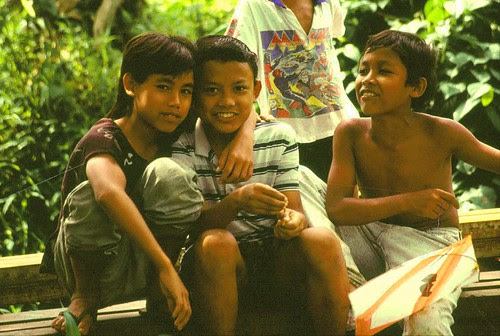 3. It seems unfair that some people become enlightened and some do not?

What does Buddhism say about Free Will?

"All phenomena are empty of an essential identity."

In other words, the idea that we are permanent individual selves is an illusion.

buddhism and the freedom of the will.

"When the fires of greed, hatred, and delusion are extinguished", the non-individual mind "is free to operate in terms of its fullest capacity."

The Buddhists suggest that we should avoid pitting our 'free will' against the universe.

Perhaps we cannot understand Nirvana unless we have experienced Samsara.

And perhaps we all get an equal share of Samsara and Nirvana?
Posted by Anon at 00:52

Email ThisBlogThis!Share to TwitterShare to FacebookShare to Pinterest
Labels: Buddhist, free will, Nirvana