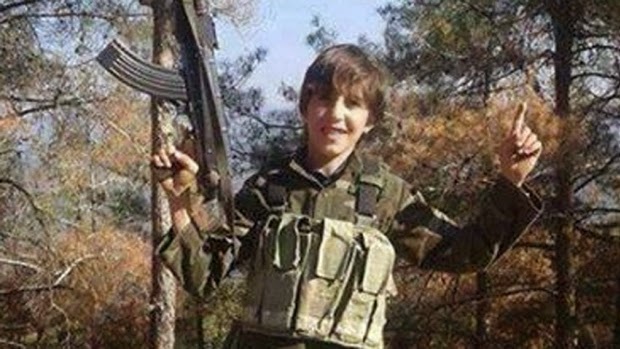 ISIS, which is led by sadistic Jewish child abusers, recruits kids, like this one above.

My Moslem friends have been asking me about ISIS and the Ukraine.

So I have told them that the purpose of ISIS is:

1. To get Moslems to kill Moslems.

Most of the top Islamists work for Israel.


....
Islam has its problems because MUHAMMAD WAS A GAY JEW.

The purpose of ISIS is:

2. To have a CIA-NATO-Mossad militia, an offshoot of al Qaeda, to weaken all the countries where there are Moslems. 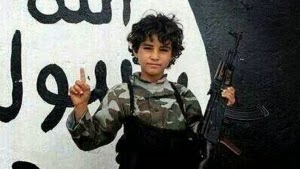 Like so many religions, Islam is all about mind-control.

The USA and its allies took over Kiev in the Ukraine in order to weaken Russia.

The CIA/Mossad/NATO want to separate Russia from the European Union through the crisis they have organised in Ukraine.

Thierry Meyssan has written about The Beginning of World Shift

1. The Shanghai Cooperation Organization (Russia, China and their closest allies) will represent, from its probable extension in September 2014, 40% of the world population.

A. The creation of the "Greater Middle East" by attacking simultaneously Iraq, Syria, Lebanon and Palestine.

B. Separating Russia from the European Union through the crisis they organised in Ukraine. 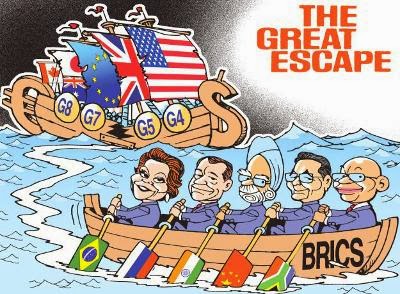 3. It seems that the USA wants to impose the dollar as the single currency in the gas market, the energy source of the twenty-first century, the way it imposed it on the oil [1] market.

4. The Western media hardly cover the war in Donbass (Eastern Ukraine) and their population is ignorant of the scale of the fighting, the US military presence, the number of civilian casualties, the wave of refugees.

5. The Western presents the events in North Africa and the Middle East as:

A. Either the result of a so-called "Arab Spring" (that is to say, in practice, a takeover by the Muslim Brotherhood)

B. Or as the destructive effect of a civilization which is inherently violent, and which needs the help of the Western military. 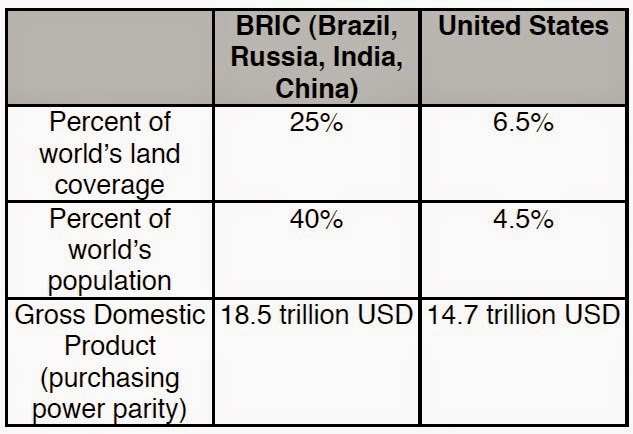 When America No Longer Prints .

6. Russia is now the leading power capable of leading the resistance to Anglo-Saxon imperialism.

It has three tools:

A. BRICS (Brazil Russia, India, China), an alliance of economic rivals who know they can not grow up without one another.

B. The Shanghai Cooperation Organization (Russia, China), a strategic alliance with China to stabilize Central Asia. 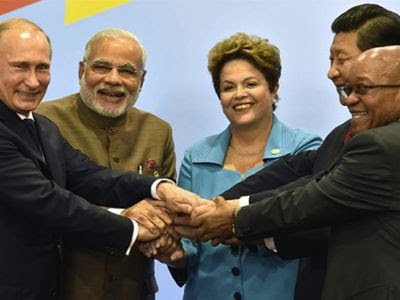 7. At the Fortaleza Summit in Brazil, in July 2014, BRICS took the plunge and announced the creation of a monetary reserve fund (mainly Chinese) and a BRICS Bank as alternatives to the International Monetary Fund and the World Bank, the dollar system [2].

8. The Anglo-Saxons (USA, UK, Israel) established their answer: getting the Al-Qaeda terrorist network to prepare unrest among all the Muslim peoples of Russia and China. [3]

They continued their offensive in Syria and moved into Iraq and Lebanon.

They failed however to expel part of the Palestinians to Egypt and to destabilize the region even more deeply.

Finally, they keep away from Iran to give President Hassan Rohani a chance to weaken the power of the anti-imperialists in iran. 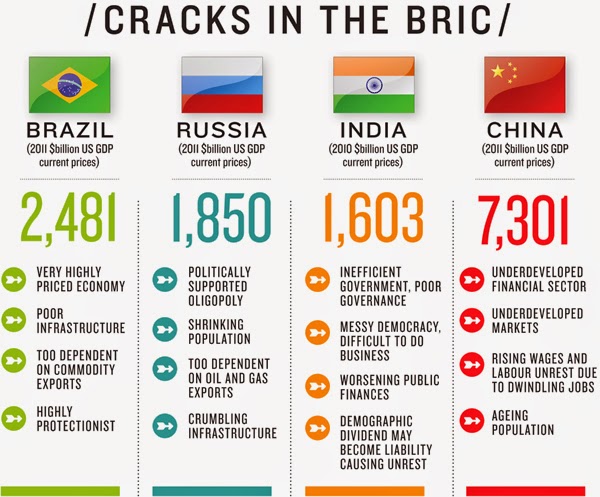 On this basis, purely arbitrary, they forced the Europeans to enter into economic war against Russia.

Situating itself as a court, the Council of the European Union tried and convicted Russia without any evidence and without giving it an opportunity to defend itself.

10. Russia has refrained from going to war in Ukraine.

11. Faced with economic warfare, Moscow has chosen to respond with similar measures, but in agriculture, not finance.

12. The Anglo-Saxons have planned to paralyze Russia from within.

First by activating, via the Islamic Emirate (EIS), terrorist groups within its Muslim population, and organizing a media challenge in the municipal elections of September 14.

Large sums of money have been distributed to all opposition candidates in the thirty largest cities involved, while at least 50,000 Ukrainian agitators, mixed with refugees, are regrouping in St. Petersburg.

Most of them have dual Russian citizenship.

This is clearly to reproduce at the provincial level protests that followed the elections in Moscow in December 2011 – with the addtition of violence; and engage the country in a color revolution process to which certain officials in the ruling class are favorable.

To do so, Washington has appointed a new ambassador to Russia, John Tefft, who had prepared the "Rose Revolution" in Georgia and the coup in Ukraine.

It will be important for President Vladimir Putin to be able to trust his prime minister, Dmitry Medvedev, whom Washington hoped to recruit to overthrow him. 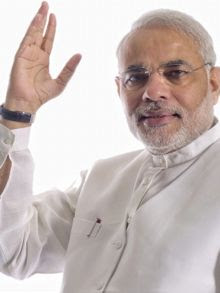 13. Considering the imminent danger, Moscow would have been able to convince Beijing to accept the accession of India in exchange for that of Iran (but also those of Pakistan and Mongolia) to the Shanghai Cooperation Organization (SCO ).

The decision should be published at the summit in Dushanbe (Tajikistan) on September 12 and 13.

It should put an end to the conflict which has opposed India and China for centuries and engage them in military cooperation.

This reversal, if confirmed, also would end the honeymoon between New Delhi and Washington who was hoping to distance India from Russia in particular by giving access to nuclear technologies.

The membership of New Delhi is also a bet on the sincerity of the new Indian prime minister, Narendra Modi, despite the suspicion that he encouraged anti-Muslim violence in 2002 in Gujarat when he was the leading Minister.

14. In addition, the accession of Iran, which is a provocation in the face of Washington, should give the SCO precise knowledge of jihadist movements and ways to counter them.

Again, if confirmed, it would reduce Iran’s willingness to negotiate a lull with the "Great Satan" that led it to elect Sheik Hassan Rohani to the presidency.

It would be a gamble on the authority of the Supreme Leader of the Islamic Revolution, Ayatollah Ali Khamenei.

Indeed, these memberships would mark the beginning of the shift in the world from the West to the East. [4]

Still, this trend must be protected militarily.

This is the role of the Organization for Collective Security Treaty (CSTO), formed around Russia, but to which China does not belong.

Unlike NATO, this organization is a classic alliance, consistent with the Charter of the United Nations since each member retains the option to leave if it wants.

So it is based on this freedom that Washington has tried in recent months to buy some members, including Armenia.

However, the chaotic situation in Ukraine appears to have cooled those who dreamed of US "protection".

Tension is likely to increase in the coming weeks.