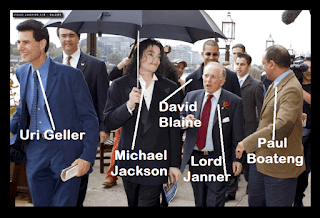 The leaders of the UK, USA and Europe appear to be controlled, in part,through child abuse rings.

The 1980s dossier about a child sex abuse ring in the UK government was lost or destroyed by officials.

The document was handed to then Home Secretary (responsible for the police and MI5) Leon Brittan by Conservative Member of Parliament Geoffrey Dickens.

Officials claim that some of the concerns about the abuse had been passed to the director of public prosecutions, who had passed them on to the police to investigate.

Simon Danczuk, who is calling for a public inquiry into the allegations

Member of Parliament Simon Danczuk told BBC News: "Why would you destroy such an important document?

"Were any prosecutions forthcoming?

"It's raising more questions than it is answers."

One of the dossiers, he said, concerned a top civil servant and another one related to an employee of Buckingham Palace.

They also contained allegations concerning the Paedophile Information Exchange, which was reportedly funded by the UK security services as a way of blackmailing top people.

In an interview with the Daily Express in August 1983 Dickens said he would expose eight top people if the home secretary failed to act.

He told the Express: "I've got eight names of big people, really important names, public figures. And I am going to expose them in Parliament."

Some of these people are members of 'the Kosher-Nostra'.

Some have links to the spooks.

Some may be victims of Monarch brainwashing, which is designed, in part, to produce sex-slaves.

Ann married and then divorced Laurence Ronson, whose brother Gerald was jailed for his involvement in the Guinness share-trading fraud.

Ann and Ronson have a child called Mark, a music producer who has worked with Amy Winehouse.

They are friends of Robin Williams and Paul McCartney.

Guests at her parties in in New York have included David Bowie, Paul and Linda McCartney, Michael Douglas and Al Pacino.

Ann likes to party with P Diddy and Jay-Z.

When Oprah Winfrey held a party at the Atlantis hotel in Dubai, it was attended by Lindsay Lohan, Samantha Ronson, Ann Dexter-Jones, Kylie Minogue, and Mary-Kate Olsen.

"Suddenly, without any warning, Lindsay flung herself on to the thick carpet and started to roll around screaming like a child," according to Ann.

"To my mind, it was classic psychotic behaviour.... She was clearly out of control..."

Ann told Lohan that she was no longer part of the family.

Samantha is now in a relationship with the actress Erin Foster.

"Just as Caligula instituted the practice of destroying a predecessor's image, so did Claudius." Politics of Caligula, by Jay Key
There have been allegations that the security services try to smear people.

The Minister of State, Home Office (Mr. David Maclean):
"As for the assertions ... that members of the intelligence agencies attempted to smear the then Home Secretary, Sir Leon Brittan, the House will be well aware that it is not the Government's usual practice to comment on speculation..."

Reportedly, someone looking like Leon Brittan was seen in a place of entertainment in Haiti....

In 1966, several media outlets, including The New Republic and The New York Times, reported that GM had tried to discredit Nader, hiring private detectives to tap his phones and investigate his past and hiring prostitutes to trap him in compromising situations.[1][2]

"One journalist I worked with for a time in London in the 1980′s told me that one of Thatcher’s cabinet ministers was well-known to be an active paedophile, but that this information could not be made public. As he is back in government I will not name him..."

"Jason Swift was once in a care home in Islington."

Brittan - smeared by the spooks?

"A prisoner blackmailed his way out of a long term sentence in Wakefield prison using photographs of Leon Brittain with kids."

Do the security services get involved in dirty tricks?

"Colin Wallace was not only being asked to smear Labour politicians and leading Socialists, but also the then Tory leader Edward Heath and others.

"In October 1974 he declined to take any further part in the Clockwork Orange operation. Shortly afterwards his world began to fall apart.

"He was dismissed from his post after being accused of leaking confidential information to a journalist...

Shortly afterwards, the husband of a friend and colleague was found dead.

"Wallace found himself accused of murder and was eventually sentenced to ten years' imprisonment after being found guilty of manslaughter...

"Was he framed by the Security Service to discredit and silence him?"(Who Framed Colin Wallace)

Leon Brittan was born to parents of Lithuanian Jewish descent. He is a cousin of Malcolm Rifkind.

Brittan resigned with the rest of the commission in 1999 amid accusations of fraud.

During his time as Vice President of the European Commission, one subsequently prominent member of his official office was Nick Clegg, currently leader of the Liberal Democrats and Deputy Prime Minister.[2]

Leon Brittan third from the right.

"Leon Brittan is alleged to have abused boys.

"The police once raided his home after a young boy staggered in to the street half naked, and when police asked what happened he told them about Brittan and his friends and took them to the house.

"The boys were paid off, and a short time later, Leon Britton was summoned to meet his fellow MP, William Hague on the beach in Brighton at 5.45 in the morning, where he was told that he was to be made EU Commissioner for the UK, and he would not be allowed to be in politics again in the UK.

"That was how he became commissioner and he stayed there for many years, until the corruption inquiry went ahead, which saw a large number of people from different countries being made to resign.

"It's been alleged too that Brittan's paedophile behaviour also came to the attention of the police when they were investigating the murder of Jason Swift. Whichever way the investigation went his name kept cropping up.

"Jason Swift once lived in a care home in Islington."

"I once heard that there's a place in Belgravia where some politicians go to have sex with kids.

"It looks like a pretty normal back street in a posh area of town and if you drive down there after dark nobody would see you.

"This person then said that they have the entire cellar area partitioned into velveteen bedrooms.

"I asked 'Little girls' and was told 'Nope, little boys, all of them.'"

"Noel Coward, the famous and beloved Caribbean queen, had a buzzing home in Jamaica that hosted an endless stream of friends. On numerous occasions he and his lover Graham Payne and/or his circle of gay and gay-friendly stars, royalty and international acquaintances breezed into Haiti for a change of atmosphere and sights." - Gay Haiti