AL-BAGHDADI REVEALED AS A FAKE

Sir Malcolm Rifkind, chairman of the UK's Intelligence and Security Committee, and cousin of the alleged rapist Leon Brittan, has warned us about (the CIA-Mossad asset) Abu Bakr al-Baghdadi.

The leader of ISIS, which is attacking Iraq, is said to be Abu Bakr al-Baghdadi. 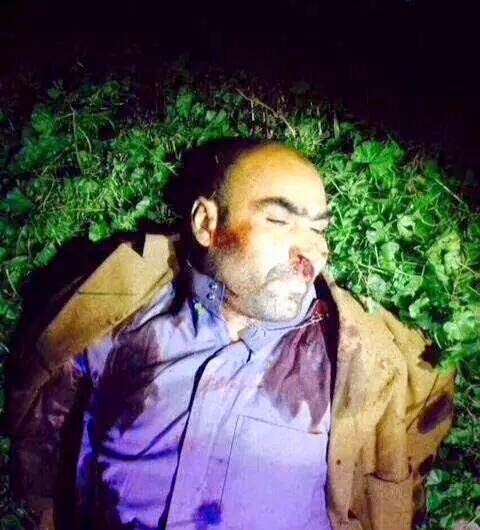 
According to a news report in The Sunday Telegraph:


AL BAGHDADI OF THE CIA

The new Abu Bakr al-Baghdadi (invented by the CIA and its friends) became involved in torture and public executions of civilians.

According to Colonel Kenneth King, then Camp Bucca’s commanding officer, Abu Bakr al-Baghdadi's parting comment to the Americans was: "I’ll see you guys in New York".

The new fake Abu Bakr al-Baghdadi fought for 'the American side' against Assad in Syria.

Now the new fake Abu Bakr al-Baghdadi is the head of ISIS, which the CIA and its friends are reportedly using to break up Iraq.

Iraq's Brigadier General Saad Maan, an Interior Ministry spokesman, told Reuters that the footage was "indisputably" not of him.

"We have analysed the footage ... and found it is a farce," he said.

According to the spooky Roula Khalaf (a graduate of Syracuse University) in the Financial Times:

Abu Bakr al-Baghdadi is now caliph of 'the Muslim nation', successor to the Prophet Mohammed.

"His longstanding mission to inherit the legacy of Osama bin Laden (an agent of the CIA and its friends) has been bolstered by a disciplined force of local and foreign fighters, and a remarkably slick social media campaign." 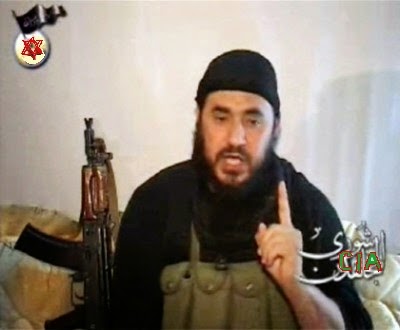 Working for the CIA and Mossad.
Posted by Anon at 12:30