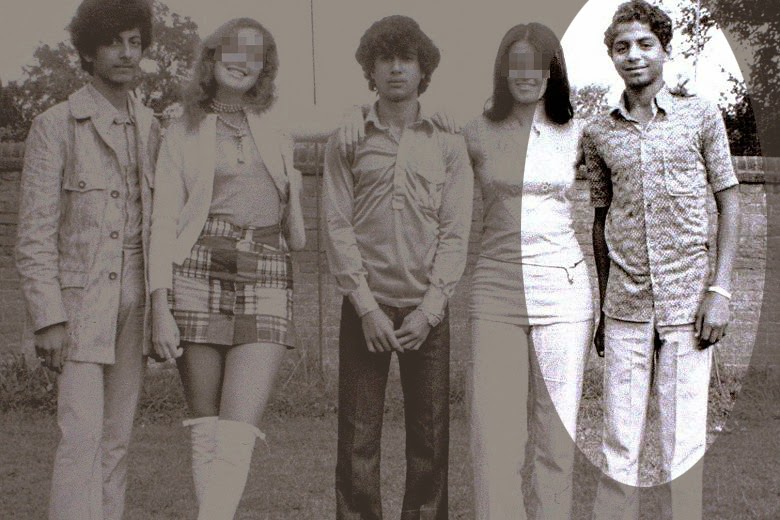 German newspapers have reported that Osama bin Laden banked with the UK Queen's bankers Coutts, which is part of the Royal Bank of Scotland.

After Coutts closed their Caymen Islands office, they shipped files to Geneva.

German officials seized the files from containers passing through Hamburg.

European newspapers claim that Osama Bin Laden is named in the documents.

In 2012, Coutts was fined £8.75million for 'serious and systematic' failings when handling money from suspected criminals or foreign despots.

The newspaper Scotland on Sunday reported 16/9/ 2001 that Osama bin Laden made his fortune in part by working with Jewish-Russian mafia operations in Qatar and Cyprus.

Deutsche Bank (allegedly one of the banks used by bin Laden and inside traders at the CIA) reportedly has an interest in Safron Partners, which is part of a corporate network on the Cayman Islands that is allegedly run by Bin Laden's half brother, Hassan.

Osama Bin Laden and the CIA and a Mr Hekmatyar are reputed to have been involved in the Afghan heroin business.

Bin-Laden allegedly established branches of his business in the Cayman Islands; and he allegedly employed law firms and consultants connected to Langley, Virginia and the CIA.

The French Internet publication, Indigo, reported that Osama bin-Laden was a guest of British Intelligence in London in 1996.( Bin Laden - A CIA Creation and It's Blowback )

4. Bush and the bin Ladens

One of George W Bush early backers was James Bath, who was "the bin Laden family's representative in Texas" (Bush Money)

Bath allegedly managed millions of dollars for Khalid bin Mahfouz, one of the central figures in Bank BCCI, which was labeled as the bank for the Medellin drug cartel, Noriega, Saddam, Abu Nidal, and heroin godfather Khun Sa.

Mahfouz was apparently an investor in the Carlyle Group of which Bush senior was a director.
In 1999 it was reported that bin Mahfouz was financing Osama bin Laden.

Mahfouz has a palatial estate in Houston Texas.

James Bath was seemingly president of Skyway Aircraft leasing , a Texas company, owned by bin Mahfouz, and registered in the Cayman Islands.

Wafah bin Laden, the niece of Osama Bin Laden (http://www.timesonline.co.uk/article/0,,2089-1572299,00.html ) is known as a party girl. She once danced with President George W Bush’s daughter Jenna at a nightclub in the south of France.

"One of the connections which still explains many of the personal ties existing throughout the Middle East is the Victoria College in Alexandria, where the bin Laden boys attended classes along with schoolmates such as King Hussein of Jordan, Zaid Al Rifai, the Kashoggi brothers (whose father was one of the king's physicians), Kamal Adham (who ran the Saudi [security] services under King Faisal), present-day contractors Mohammed Al Attas, Fahd Shobokshi and Ghassan Sakr and actor Omar Sharif."

Quoting a French intelligence report posted by PBS Frontline, The New Yorker reports, “During the nineteen-eighties, when the Reagan administration secretly arranged for an estimated $34 million to be funneled through Saudi Arabia to the Contras in Nicaragua, [Osama’s eldest brother] Salem bin Laden aided in this cause.” []

"Like his father in 1968, Salem died in a 1988 air crash...in Texas... According to one of the plane's American pilots, it had been used in October 1980 during secret Paris meetings between US and Iranian emissaries. Nothing was ever proven, but Salem bin Laden's accidental death revived some speculation that he might have been "eliminated" as an embarrassing witness."

"Osama's oldest brother, Salem, by most accounts a debonair and Westernized figure, who had attended Millfield, the English boarding school, took over the family empire. Salem brought the family into the modern world; he was, one American friend says, 'as at home in London and Paris as he was in Jidda.' A former United States diplomat in Saudi Arabia says, 'I used to call him the playboy of the Western world.' An enthusiastic amateur rock guitarist, Salem loved to jam with bands and go disco dancing when he was in the United States on business trips, in the nineteen-seventies. He was married to an English art student, Caroline Carey, whose half brother Ambrose is the son of the Marquess of Queensberry...

"During the nineteen-eighties, when the Reagan Administration secretly arranged for an estimated thirty-four million dollars to be funnelled through Saudi Arabia to the Contras, in Nicaragua, Salem bin Laden aided in this cause, according to French intelligence."

Over the years, there have been warm, substantial ties between members of the bin Laden family and leaders of the foreign-policy establishment in America and Britain. Until late last month, the family had a stake amounting to two million dollars in the Washington-based Carlyle Group, a private equity firm with a large interest in defense contracting.

In the nineteen-nineties, both Bush and Baker visited the bin Laden family when they were prospecting for business in Saudi Arabia. The chairman of the firm is former Defense Secretary Frank Carlucci, who has been a trusted friend of the current Defense Secretary, Donald Rumsfeld, since their days on the Princeton wrestling team...

The family continues to have a stake, estimated by one source at about ten million dollars, in the Fremont Group, a private investment company, on whose board of directors sits another former Secretary of State, George Shultz.

Much of the family's private banking is handled by Citigroup, which is chaired by former Treasury Secretary Robert Rubin. The family has equity investments with Merrill Lynch and Goldman, Sachs. Among the family's business partners is General Electric. A spokesman for Jack Welch, the chairman of G.E., says that the family threw a party for him in the nineteen-nineties in Saudi Arabia, and that Welch "considers them good business partners."

One American diplomat says, "You talk about your global investors, it's them. They own part of Microsoft, Boeing, and who knows what else." Others note that the family has been awarded contracts to help rebuild American military installations, including the Khobar Towers, which were damaged in a terrorist attack that killed nineteen servicemen in 1996.

9. Osama bin Laden in an American hospital just before 9 11

According to information's collected by Le Figaro, and Radio France International, Osama Bin Laden met with an American CIA agent in July 2001 while he was being treated for a kidney ailment at the American Hospital of Dubai.

"The billionaire Saudi Bin Laden visited the American Hospital of Dubaï from July 4 to July 14th, two months before the attacks of September 11, confirmed by sources close to European services of information.

"He was accompanied by his personal doctor and faithful lieutenant, Egyptian Ayman Al-Zawahari, a male nurse and four bodyguards. Bin Laden suffers from a renal infection which is propagated with the liver and requires specialized care. Doctor Terry Callaway at The American Hospital of Dubai is known for the specialized treatment of such ailments.

"During his hospitalization, Osama bin Laden was visited by several members of his family, and on July 12th the local representative of the CIA, that many people know in Dubaï, was seen going into his room.

"A few days later, shortly after Ben Laden left for Quetta with a new kidney dialysis machine, the CIA agent bragged to friends about visiting the billionaire saudi and was subsequently recalled to the USA on July 15th."