The gay U.S. Ambassador to Spain James Costin (left) Princess Letizia of Spain, the allegedly gay Prince Felipe of Spain and Michael Smith, who is married to James Costin.

Prince Felipe, who is rumoured to be gay, is to become the King of Spain. 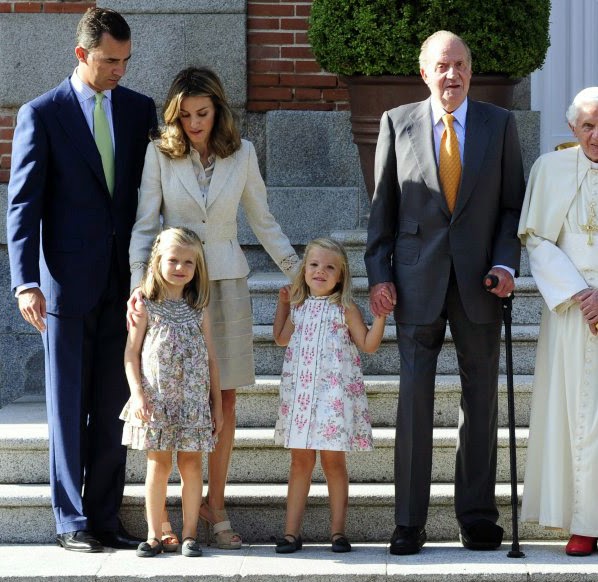 Prince Felipe (left) with his wife and children and King Juan Carlos. 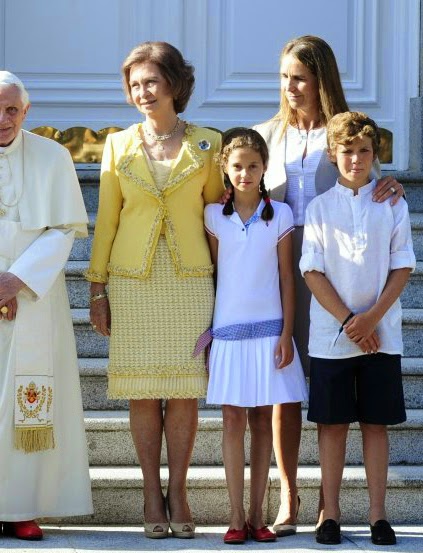 In 2012, Felipe Juan Froilan, the 13-year-old grandson of Spain's King Juan Carlos, was shot in the foot. 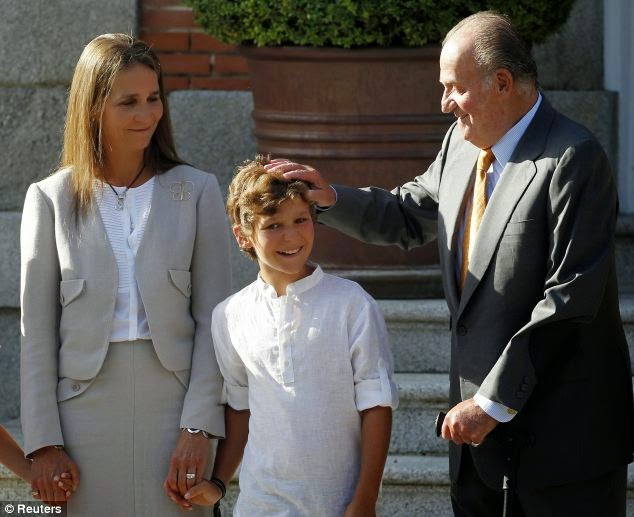 The number of poverty-stricken Spanish children has increased to 2.5 million.

Spain is facing a big rise in child poverty at a time of government spending cuts and high unemployment.

There has also been an increase in the number of children suffering physical or psychological abuse at home.