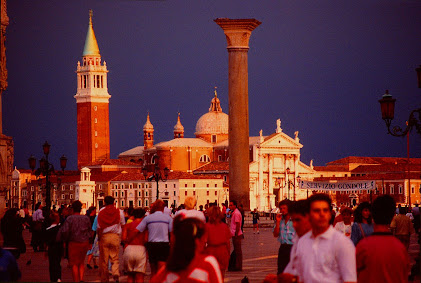 It was a cold end of December night; I was hungry, and the sun had set by the time the train brought me to Venice.

As usual I had no accomodation reserved and all the hotels between the station and the Rialto seemed to be 'completo' full up. The streets were crowded with noisy tourists dressed in gold and fur and all no doubt safely booked into warm hotels.
I struggled on from hotel to hotel and began to wonder if the churches would stay open at night.

Then, just past the Rialto, I found a room still vacant. Having unpacked my toothbrush, I hurried off to guzzle down a pizza thick with steaming mozarrela, tomatoes and anchovies. 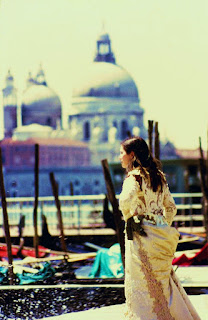 There was a lady in Rio who thought that in a previous life she had lived in England. That evening I felt some special friendship with Venice.
The moon was full as I sauntered across the piazza; lovers were warming themselves under dusky arcades; in a tiny piazzetta, grinning choirboys were juggling with footballs; Riva degli Sciavoni had the flashing lights and the music of the carnival.
Campo Ruga was silent. I had fond memories of Campo Ruga, but that night no one seemed to be about.
...
In the light of a sunny winter morning, Campo Ruga revealed itself as a place of quiet activity. Sparrows, pigeons and muzzled dogs moved about among the swirling paper. A rubbish cart was pushed by hand through the throng. Green doors opened to reveal bambini in warm coats and hats. And from a balcony a pretty woman hung out her families pretty washing. Over three years before I had been here, standing on the bridge.
That was where I had first met Andrina. 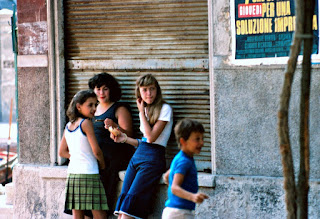 As I approached the tobacconist's shop a fair-haired girl smiled at me in recognition. My heart took a little leap.This girl was one of Andrina's friends.

She led me down a narrow lane to the house of Andrina. It was a simple working class house with discarded toys and a broken window in the dark narrow hall.

Andrina greeted me warmly. She had Slav good looks. 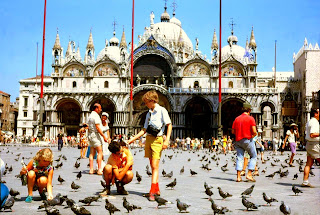 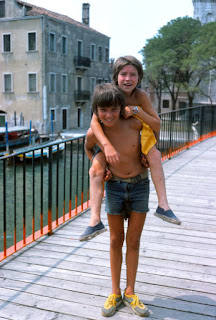 Of all the meals I had at Andrina's, the best was on the 31st December.
Andrina's father, Carlo, was perhaps a little embarrased about the small size of the house, but he was proud of the family. Andrina acted as my translator, and her translations often began with the words, 'Excuse me sir, I am asking you....'
In the kitchen we feasted on chicken soup, pasta with mushrooms, tender roast beef, the best Ruffino wine from Florence, cheese, coffee with brandy, and finally, more brandy. 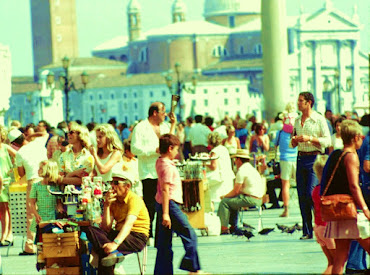 Carlo and Marisa his wife began to sing in accompaniment to a record of gondolier music, and Marisa confided that she came from a gondolier family. We looked at family photographs taken during holidays in Rome and in the Dolomites, and we chatted about Venice and Iran. The family all believed that Venice was the most beautiful of all cities. 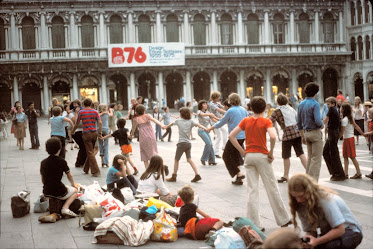 Marisa, a devout Roman Catholic, liked Iran and Khomeini. Older son, Massimo, pointed out that the Iranian regime executed people for having 'lax' sexual morals. Marisa thought this was good.
At midnight we opened a bottle of Spumante wine and ate some cake. Marisa threw her arms around Carlo, and Massimo, and Andrina, and all the others. The evening finished with dancing to the music of Glen Miller.

Andrina? Her mother was not a typical Venetian. Or was she?

I revisited the islands of Burano, Murano, Torcello, the ever colourful Pellestrina, and Chioggia, but it was to the area around Castello and Campo Ruga that I most liked to return. 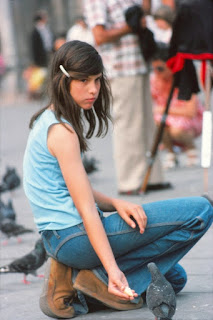 Right next to Venice you will find Torcello, an island of nostalgia, green fields , muddy canals, a decayed piazza, small farmhouses, skinny dogs, and a cathedral half Byzantine half Gothic. You can lunch at the expensive, but good,trattoria. 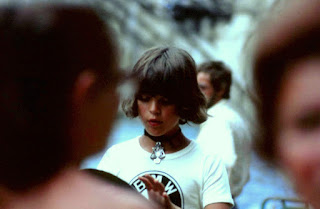 Burano - WOW! Don't miss this fabulous island. Gorgeous blazing blue and white and pink and yellow and red and orange fishermen's houses. Orange as blue as the sky. Flaking paint. Subtle effects; with light blues wearing away to show darker blues; in turn wearing away to reveal bottle greens... have some more wine and tell me if you think the campanile is about to fall over. Talk about a leaning tower! 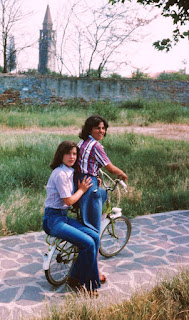 It's like a well-lit operetta. Gardens of bougainvillea, women sewing lace, children in boats... Kids used to bathe in the canals here. But now the water is almost solid with muck. 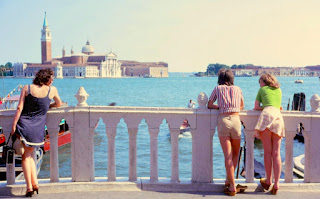 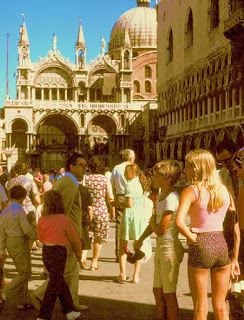 Pellestrina - a narrow strip of land, fishermen's houses faded by the sun, bathing shacks, and a haunting atmosphere. Stop for some fish and wine. 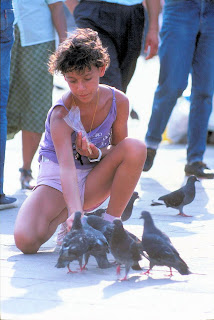 Chioggia - rougher, uglier, and simpler than Venice, but worth a visit. This is the biggest fishing port in Italy and is full of raucous activity and fish. Here children still swim in the canals, even though the waters are black. 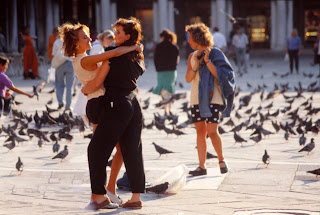 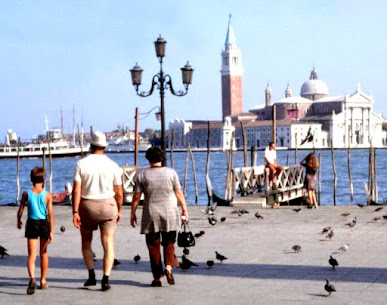 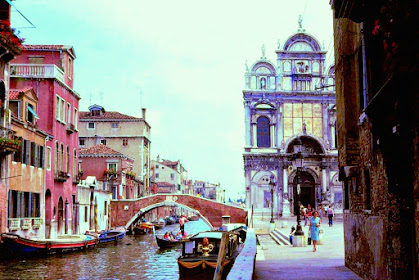 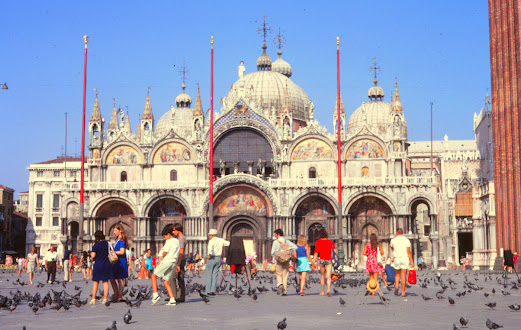 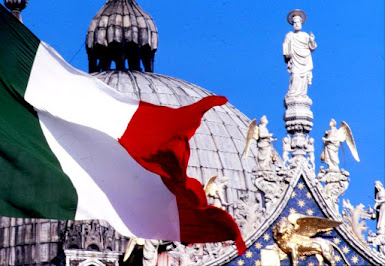 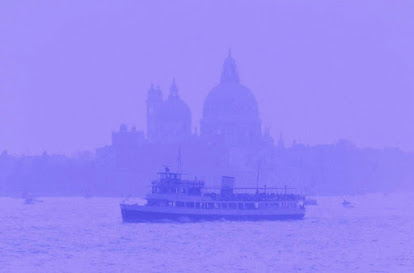