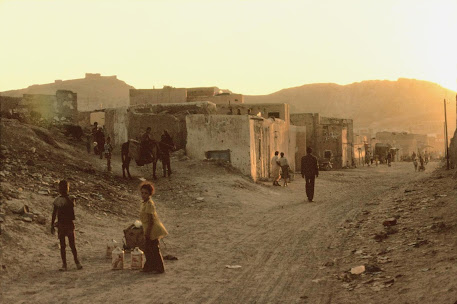 On the edge of Marrakech in Morocco, near a dusty village, I came across little Mohammed.

I bought one of the simple drawings that he was selling.

He had a happy smile. 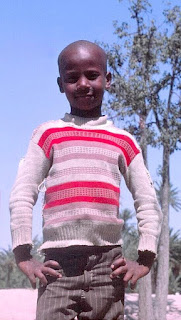 Mohammed learnt that I had a stomach ache.
I learnt that Mohammed attended school, that he earned a few coins by mending bicycles for passers-by and that his father was a permanent invalid with a lung complaint.
Next day, as I passed the village, little Mohammed came running towards me, holding tight a package containg powder for my stomach - a Berber recipe.
Mohammed, I learnt later, had begged money from his mother and had walked barefoot into town to buy the precious powder. The medicine worked. 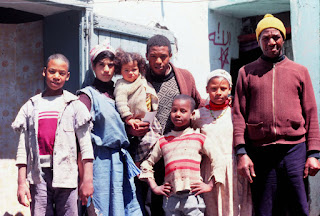 Mohammed and some of the family.

I visited Mohammed's crowded fly-ridden home, which was beside a hot dusty quarry.

The home had no running water, no glass in the windows and hardly any furniture. All Mohammed's brothers and sisters had bad coughs.

Mohammed gave me, as a present, his most prized possession, a small broken toy statue of the Eiffel tower.

I took Mohammed to the local free clinic to have his skin complaint examined. The nurse explained that there was nothing she could do as the problem was the crowded house with its lack of running water. 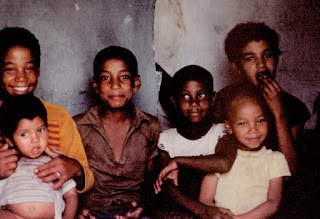 Mohammed, fourth from the left. 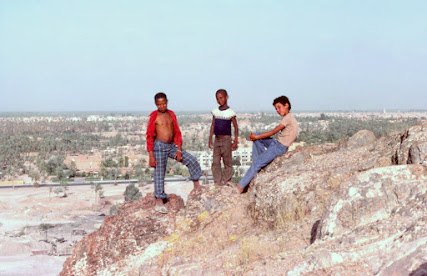 Mohammed took me to see this view of Marrakech. 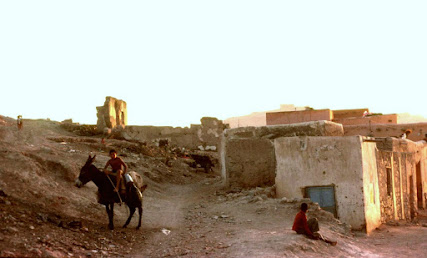