Culross in Fife, the site of the haunted Culross Palace.

Colonel The Honourable John Erskine (1662 – 1743), was a Scottish soldier and politician.

There is a portrait of Colonel John Erskine in which he looks "a tad girly and seemed to be wearing a dress." 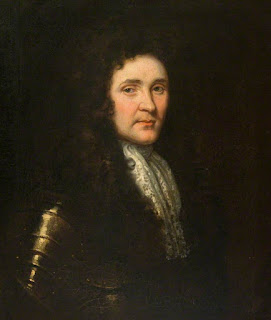 "Turns out the soldier may have ditched his military uniform in favour of ballgowns later in life.

"He loved dressing up and, although he was married four times, we don’t think he liked being married - to women anyway."

Colonel John Erskine is related to John Erskine, Earl of Mar, who is said to be the father of King James I of England.

The gay James VI and I

This baby was set to become King James VI of Scotland and King James I of England.
However, this baby reportedly died at birth and was replaced by a child of John Erskine, Earl of Mar (d. 1572)


The Prince and the imposter: was King James VI switched at birth ...

Braemar Castle, Where the Earl of Mar Began the 1715 Uprising

"An important landowner and politician, he played an key role in the Act of Union between Scotland and England in 1707; then led the Jacobite cause in the 1715 uprising.

"His frequent changes of sides led to him being known as "Bobbing John", and to his losing the trust of just about everyone. The wider picture in Scotland at the time is set out in this Historical Timeline." 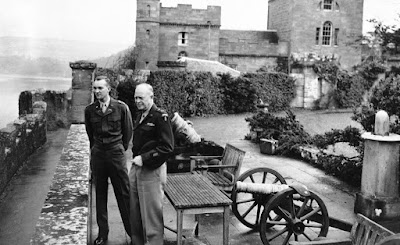 Eisenhower at Culzean Castle, in Ayrshire.

Culzean Castle has a portrait of Margaret Erskine, who is said to haunt the castle.