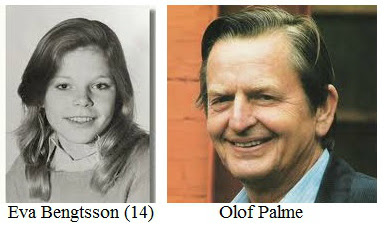 Eva Bengtsson, then 14, claims she was raped by Olof Palme and other top politicians.

Palme compared the tactic to the Treblinka extermination camp.

This resulted in a temporary freeze in Sweden–United States relations.

Palme was a fierce critic of the Soviet Union, apartheid South Africa, Pinochet's Chile and Zionism.

Palme was a socialist.

.
Olof Palme stopped the shipment of Israeli arms to Iran through Sweden. ISRAELI SPIES ARE EVERYWHERE

Swedish arms producer Bofors' made illegal deliveries of Israeli heavy weapons and ammunition to Iran, as part of the Iran-Contra scandal.

In the autumn of 1985, Prime Minister Olof Palme stopped the shipments after he had been made aware of them.

It has been alleged that a South African agent of Mossad  murdered Palme. 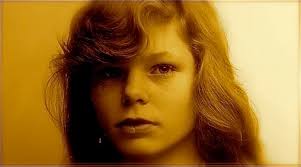 .
Eva Bengtsson, then 14, claims she was raped by Palme and other top politicians

Olof Palme is alleged to have raped 14-year-old Eva Bengtsson.

Palme was identified by Eva Bengtsson, then 14 years old, as having been involved with other top politicians in the so called "Brothel Scandal of 1976". 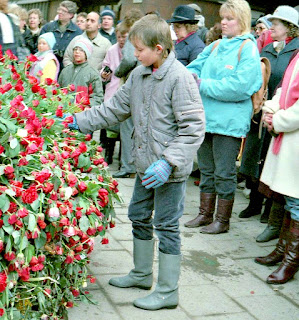 Olaf Palme was Prime Minister of Sweden from 1982 until his 'assassination' in 1986.

The CIA-linked Licio Gelli wrote in a telegram that "the Swedish tree will be felled".

Palme was reportedly shot in the back, while walking home from a cinema with his wife, Lisbeth.

"The family members are covering up the real truth about the murder; they have been amply rewarded by the Swedish state in terms of jobs and honors." 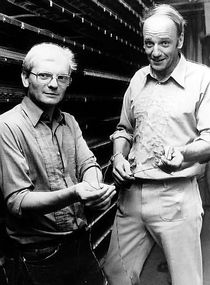 He immediately moved in with HIV positive Ebbe Carlsson, above left.

Ebbe Carlsson is alleged to have infected Olof Palme with AIDS.

"Private investigator Ole Dammegård has discovered that people who had vital information about the Palme murder have died in droves, either by real murder, suicide or sudden illnesses."

The chief medical coroner, Milan Valverius died in a "suicide" along with his wife a few years after the murder.

Valverius stated that he couldn't recognize Palme when the dead body arrived for autopsy.

Another coroner, a Jew called Jovan Rajs, got his Professorship after assisting in the autopsy on the "Palme corpse". 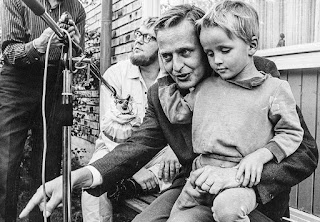 Olof Palme, who was part of the elite, was  "a Secret Service Agent and informer for the CIA... and an arms dealer".

Olof Palme was allegedly a crypto-Jew whose mother had Russian origins.

Palme's uncle was Chief Lawyer at IG Farben during the Nazi years - acquitted at the Nuremberg trial after Rockefeller intervened.

The first communist cell in Cambridge University was founded in 1931, and this was due to the efforts of Olof Palme's relative Palme Dutt.

The Cambridge spies were said to be run by Lord Victor Rothschild.


In other words, there is a suspicion that Olof Palme was part of the Kosher Nostra which allegedly manipulated both the Russian Communists and the Nazis. 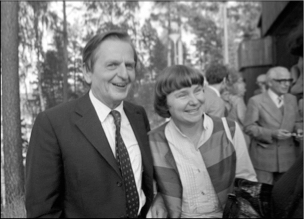 Around 30 witnesses report people with walkie talkies around the 'murder' site.

There is a belief that Olof Palme simply disappeared.

"One report states that a car with black windows drove to Borlange and took a French jet plane that Ambassador Lidbom had arranged.

"According to Ole Dammegard, Lidbom was later found dead in his sauna with a big hole in his head..." 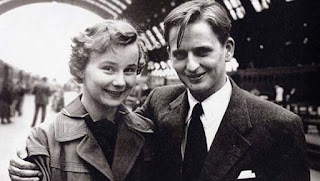 "The rumor states that Olof Palme lived incognito in Switzerland after undergoing plastic surgery and that he died in Toronto in 1996...

"His wife Lisbeth travelled extensively to Switzerland "on business to Unicef HQ in Geneva"...

Jeffrey Epstein, a former board member of Rockefeller University, a member of the Trilateral Commission and the Council on Foreign Relations, a close friend of Ghislaine Maxwell who is the daughter of suspected Mossad agent Robert Maxwell.

In 2008, US financier Jeffrey Epstein pled guilty to soliciting underage girls for sex.

Epstein has been a friend of Prince Andrew and has stayed at Sandringham, the Queen's Norfolk home. He has been a guest at Windsor. (mailonsunday.co.uk )

He has been on holiday with Prince Andrew in Thailand. Andrew was photographed surrounded by topless women on a yacht.

Johanna remembers attending an Epstein party in New York in 2001.

She recalls: "Prince Andrew was there and Ghislaine and a couple of other girls my age...

"Ghislaine made a lot of sexual jokes...

Epstein was friends with Leo di Caprio and Bruce Willis...

Palme was alleged to have had sex with young girls.

Which top politicians allegedly had sex with young kids?

Swedish prime minister Olof Palme reportedly worked for the CIA and allegedly had links to a sex scandal.

In Sweden we have the Geijer child abuse scandal.

In 2008, in Sweden, certain women claimed that as young young girls they had been abused by a major prostitution ring in the 1970s.

Sweden's Chancellor of Justice, Göran Lambertz, said he had no reason to doubt that the women had been exposed to "a large number of sex offences".

The brothel recruited young girls from a children's home.

Brothel harness that was Geijer affair

The brothel was frequented by politicians, the security services and the Polish military attache.

One of the child victims in the Geijer scandal

A police investigation revealed that many of Hopp's customers were top politicians.

In November 1977, newspaper Dagens Nyheter alleged that Justice Minister Lennart Geijer was one of the customers of the prostitution ring.

The newspaper's source was a report by the chief of police Carl Persson to Prime Minister Olof Palme about the involvement of top politicians in the scandal.

Swedish prime Minister Olof Palme was linked to the scandal.

Olof Palme was said to have had sex with young girls at the brothel.

"Karin and Irene were only 14 years when they were offered as prostitutes to the Swedish top politicians, including the Swedish Prime Minister Olof Palme."

There was a massive cover-up.

Only one person was put on trial, Sigvard Hammar, a minor figure.


Jul 26, 2015 - Swedish Prime Minister Olof Palme, above, was assassinated. Olof Palme had stopped the shipment of Israeli arms to Iran through Sweden.


Apr 8, 2017 - The film 'Call Girl' includes scenes that 'clearly convey' that the late Swedish Prime MinisterOlof Palme paid for sex with a 14-year-old ...