STEPHEN SPENDER AND OTHER BOY-LOVING SPIES 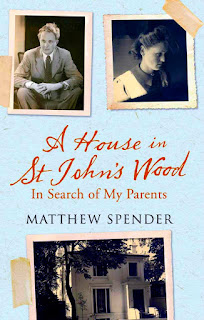 "I find boys much more attractive, in fact I am rather more than usually susceptible...

"But actually I find the actual sexual act with women more satisfactory, more terrible, more disgusting, and, in fact, more everything." [17]

Spender was a typical member of the English elite. 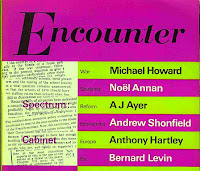 From 1953 to 1966 Spender was editor of Encounter magazine, which was set up by Spender and the neoconservative Irving Kristol.

Encounter was funded by the CIA.

Spender pretended to be 'left-wing' and even homophobic.

The critic Cyril Connolly described Stephen Spender as being "shrewd and ambitious, aggressive and ruthless". 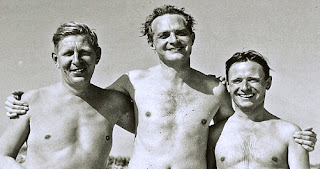 Spender was married to Agnes Maria Pearn (Inez Pearn) and then to Natasha Litvin, who was Jewish.

Stephen Spender's son Matthew Spender describes a scene in postwar Paris when, "at a party of intellectuals, Natasha (still newly married) enquired who the elegant young man talking to her husband was.

A few days later she tried to throw herself out of a train.

Spender wrote: "Whatever happens, I shall never be alone. I shall always have a boy." 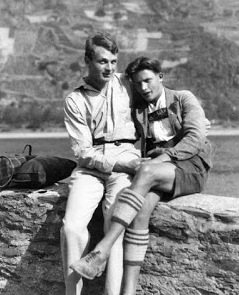 In his 30s, Spender was in love with the teenage Lucian Freud, who was later a friend of the Kray Twins.

Freud "had a well-documented relationship with the Kray Twins Reggie and Ronnie."

Obst died from an Aids-related illness. Stephen Spender and wife Natasha shortly after their 1941 wedding In 1955, Matthew spender overheard his father telling his mother he wanted to leave her and live with a new boyfriend in Japan.

You are unlikely to find any top novelist writing a book about 9 11 being an inside job.
This is because the CIA and its friends control many of the top writers.
The novelist Ian McEwan wrote the novel 'Sweet Tooth'.
The novel deals with the subject of Britain's security service MI5 giving money to writers and academics so that they will promote certain propaganda.

Ian McEwan
Ian McEwan is the son of an army officer.
He was educated at a government-run boarding school.
It is known that the CIA poured money, through front organisations, into cultural projects  in Britain.
Ian McEwan feels obliged to say: "I don't think MI5 ever backed ten writers and academics…"
Ian McEwan: Why I'm revisiting the Seventies

A A Milne
Among the writers and intellectuals who have worked for the security services (CIA, MI5 and similar):
A.A. Milne
Ernest Hemingway
Malcom Muggeridge
Roald Dahl
Ian Flemming

A surprising number of the above were lovers of boys.
Posted by Anon at 00:24