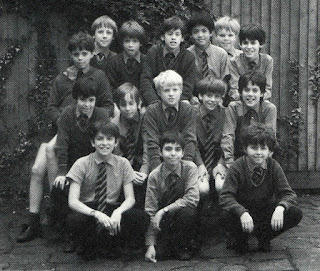 As an adult, James Rhodes was diagnosed as having Multiple Personality Disorder.

Elements of the Elite know how to torture a child in order to produce Multiple Personality Disorder, and hence a sex slave.

"As a child, James learned to dissociate - to leave his body on the gym floor and float away."

Instrumental: A Memoir of Madness, Medication and Music The sexual abuse of James Rhodes reportedly began at the age of six.


James refers to being hit, held down and having things shoved inside him.

At 18 James left for university in Edinburgh, "but his destructive lifestyle and drug abuse led to admission to a secure mental unit." 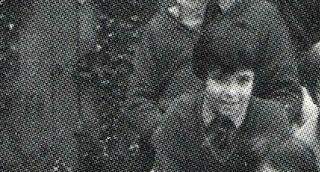 Later, James got a job selling advertising and editorial to businesses around the world for financial publications.

James writes: "And as it involved manipulating, lying to and cajoling older men, I was absolutely amazing at it...

James married a woman ten years older than himself.

She had been married twice before "and seemed to have escaped from the 1920s world of Gatsby, Prohibition and big parties."

James writes: "I was, in all truth, looking for a mother."

James was still mentally ill. There had been suicide attempts. 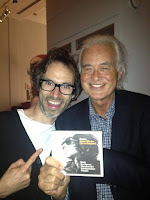 James Rhodes (above left) has written a memoir, but it appears to hide all the most important stuff.

According to Nicholas Blincoe's review of James Rhodes' memoir:

"The reader learns little about Rhodes's early life; his heritage, his parents, their marriage or jobs or how they afforded the £40,000-a-year school fees for Harrow, even whether he has siblings...

"There are great books by monomaniacs and unreliable narrators - and then there is Instrumental...

"Imagine a series of Facebook updates stretched to book length with no variation, and little difference in the contents of any chapter."

As a young schoolboy, at a small and expensive prep school next to Hampstead in London, James Rhodes "was repeatedly raped."

"It seems astonishing that no adult noticed what was going on, especially when the boy was found sobbing, with blood on his legs, begging to be let off gym...

"Rhodes writes warmly of his mother (there's no mention of his father)...

"As a child, he learned to dissociate - to leave his body on the gym floor and float away."

Instrumental: A Memoir of Madness, Medication and Music. Review of James Rhodes's memoir by Blake Morrison 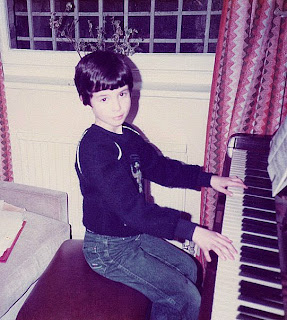 Over a period of five years, James Rhodes (above) "was sexually abused by Peter Lee, the boxing coach at Arnold House School, near Hampstead in London."

Above is a picture of James Rhodes at Arnold House in 1985.

In 1985, James Rhodes and two other boys boys left from their class of 16 pupils at Arnold House.

James writes of Arnold House: "The school itself is posh, expensive, on the same street as our house and, to my tiny eyes, huge."

Peter Lee, just a few years after he taught at Arnold House School. Peter was a small, smiling Cockney.

According to James: Peter Lee "was overweight, balding... and far too hairy. But to me as a five year old he was ripped, strong, kind, handsome, dashing and totally magical...

"He takes me into the walk-in gym cupboard where they store the equipment and he has his desk and chair and he rummages around in his desk drawer...

"A Zippo for my sixth birthday. Secret presents, special gestures, and an invitation to join the after-school boxing club."

In later years, James "had a destructive lifestyle; and drug abuse led to admission to a secure mental unit."

Now James is a famous pianist and he has written his autobiography - Instrumental: A Memoir of Madness, Medication and Music. 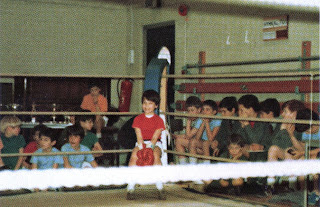 According to the media, in May 2015, "Lee was recently arrested and charged, but died before he could be brought to trial."

To be more accurate, Peter Lee got his name in newspapers in the mid-1980s after he was accused of child abuse in another part of London.

At that point, in the mid-1980s, Peter Lee suddenly left Arnold House School and boxing immediately ceased to take place at the school. 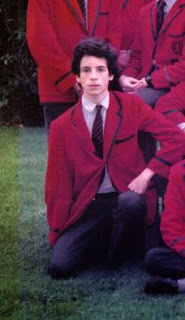 James writes: "I did a newspaper interview. In it I mentioned the sexual abuse that had happened at school - it was a short paragraph in a double-page piece.

"The head of the junior school (Chere Hunter) from back then saw it and got in touch with me.

"She told me she'd known that some kind of abuse was happening (even if, in her naivety, she hadn’t thought it was sexual), that she used to find me sobbing, blood on my legs, begging not to go back to gym class.

"She'd gone to the head of the school (Jonathan Clegg) who'd said, in true 1980s style: 'Little Rhodes needs to toughen up. Ignore it.' Which she did.

"She told me that she quit her job and became a prison chaplain.

"And then years later she read my interview and got in touch to see if she could put things right.

"Twenty-five years too f****** late, but hey ho. Slightly angry about that still. 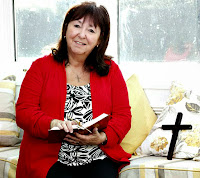 "She made a police statement. I went back to the police with my manager once they’d received it and we tried again.

"And sure enough they found the guy. He was in his 70s. And working in Margate. As a part-time boxing coach for boys under ten.

"After lengthy interviews, they arrested him and charged him with ten counts of buggery and indecent assault.

"The last I heard from the Met Police was that he had had a stroke and was deemed unfit to stand trial. He died shortly after I got that news."

Peter Lee, just a few years after he taught at Arnold House School.

Peter Lee lived in Birchington-on-Sea, near Margate, in Kent.

Peter Lee lived with his wife in a large bungalow opposite a primary school.

Around 200 friends, family and members of the local council attended the funeral.

His coffin, "draped in the Union flag, arrived at the chapel in a horse-drawn hearse". 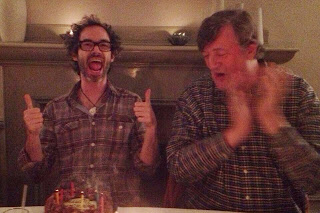 Some time after leaving Arnold House school, James moved on to Harrow school.

Among those who have attended Arnold House School (above) are David de Rothschild, Hughie Green, Jewish cabinet minister Robert Halfon...

Certain people do not want the truth to come out.

Another child abuse memoir. Why can't the past be private? - Brendan O'Neill


..
The Tavistock Institute is involved with James Rhodes' Memoir.

James writes about being "used, fucked, broken, toyed with and violated", from the age of six by Peter Lee.

Peter Lee was originally from the east end of London, the land of the Kray Twins.

The Tavistock Institute is involved with James Rhodes' Memoir.

James writes: "It isn’t abuse when a 40-year-old man forces his cock inside a six-year-old boy's ass ...That is aggressive rape.

"It leads to multiple surgeries, scars [inside and out], tics, OCD, depression, suicidal ideation, vigorous self-harm, alcoholism, drug addiction, the most fucked-up of sexual hangups, gender confusion [‘you look like a girl, are you sure you’re not a little girl?’], sexuality confusion, paranoia, mistrust, compulsive lying, eating disorders, PTSD, DID [the shinier name for multiple personality disorder] and so on and on and on..." 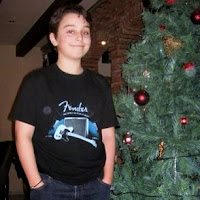 Fabian Garcia-Miller was born in London in 1995.

Fabian was educated at Arnold House prep school, near Hampstead, and at Westmister School. 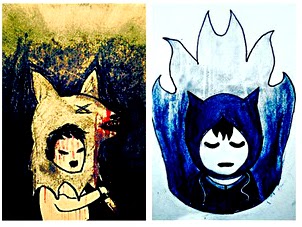 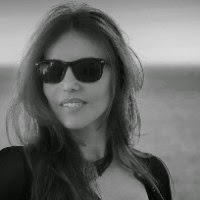 
Fabian shared his home with his mother Laura, a lawyer. 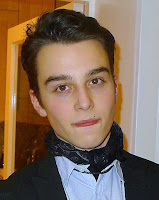 Fabian had been looking forward to visiting his brother in Italy during his gap year.

He had been doing some work for a Conservative candidate in the 1992 general election.

Reportedly, he did boxing with Peter Lee. 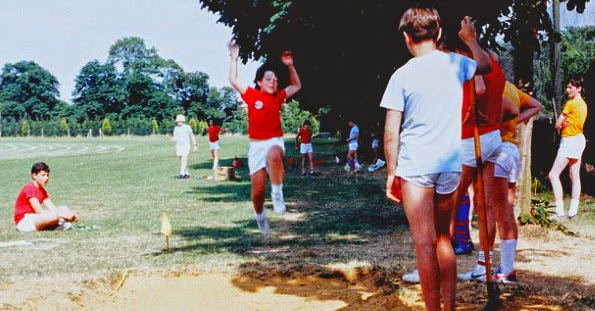 Kati and Kenny would pick young Michael up from his school, Arnold House. 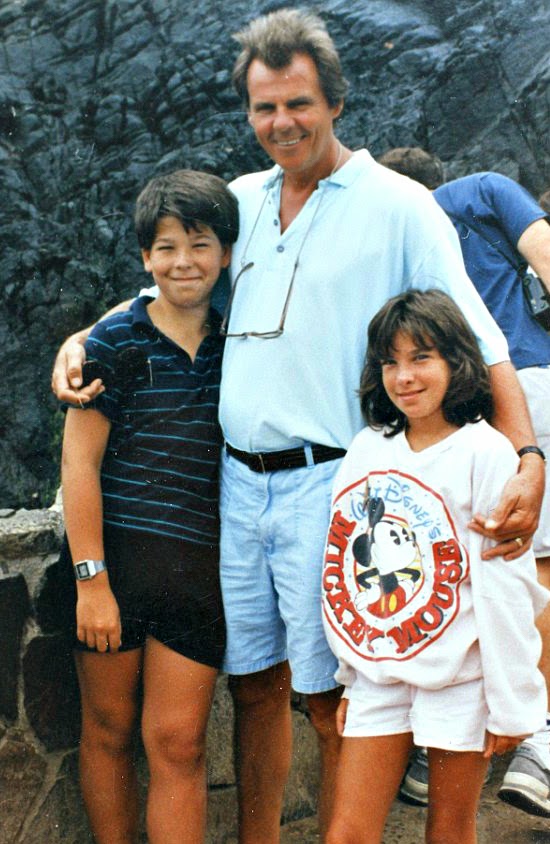 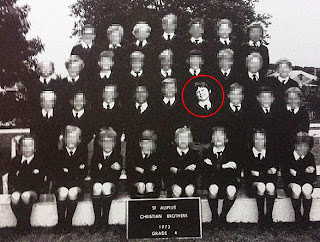 12 of the 33 children in this 1973 class photo reportedly took their own lives after years of sexual and physical abuse at St Alipius' Christian Brothers School, in Ballarat, in Australia.

A child abuse ring operated at St Alipius' and at St Patrick's College.