The young boy's testimony was about being sexually abused by a top politician at the Elm Guest House boy brothel (above) in London.

The Daily Mail has learnt that the schoolboy's testimony to the police, witnessed by a social worker, was erased from his statement to the police.

The boy who was of primary school age suffered 'horrific abuse' at the brothel.

It is believed the top politician was never properly investigated. 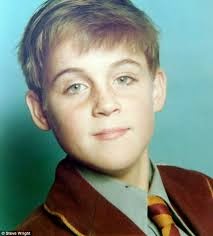 Peter Hatton-Bornshin, who as a schoolboy was reportedly abused at Elm Guest House, died in mysterious circumstances in 1994, aged 28.

Carole Kasir, the owner-manager of the Elm Guest House, died in mysterious circumstances.

A number of other children, linked to the affair, have died in mysterious circumstances.

Leon Brittan was Home Secretary when a dossier on the pedophile ring disappeared.

Conservative MP Zac Goldsmith has told parliament that a former Cabinet minister was photographed with a naked boy in the sauna at Elm Guest House. The Mail reveals that when two undercover police visited Elm Guest House they were made aware of children being on site and available for certain services.

Kasir revealed to the officers that one young teenager called Lee earned £200 a week.

Lee recently claimed that he had sex with the undercover police officers.

The officers were told that an elderly retired judge acted as the guest house's 'legal adviser'.

It is believed that when the police eventually carried out a 'raid' on the premises, the purpose was to remove any evidence that might incriminate top people.

The young boy of primary school age was at the guest house when it was raided.

The young boy of primary school age told the police that he been raped by a succession of clients.

One client was dressed in military uniform when he assaulted the boy.

Current Home Secretary Theresa May has said that allegations of murder and child abuse activity at a number of addresses thought to have been regularly visited by MPs and public figures were 'the tip of the iceberg.'

The Mail asks: why was no one prosecuted for the alleged sustained abuse of the child the police found at the guest house?

Kasir was found guilty only of running a disorderly house and possessing obscene videos. She was given a suspended sentence.

Similar minor charges against the teenage 'masseur' Lee were dropped.

Lee was the one who claimed to have had sex with the undercover police.

London's Dolphin Square flats, home to top politicians and members of the security services, and the location of child sexual abuse.

MORTLAKE AND WORLDWIDE CHILD ABUSE
Posted by Anon at 09:18