Australia under military control. Not a word of condemnation from any government. Lt. Gen Frewen, Commander of the COVID-Force Operation in Australia, will “ I will make sure everyone gets a dose by Christmas 2021.

AUSTRALIA. If you haven’t had a vaccine by the 15th of October then you will starve. It’s very simple.
...
Slovenia
Romania
Austria
Australia
...
Switzerland
...
Verona Italy
Strasbourg - France
..
South Africa 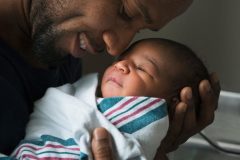 NEW YORK HOSPITALS REFUSE TO RELEASE NEW BORN BABIES TO UN-VAXXED PARENTS .
WaffleStaffel commented - "I called the NICU there and it is not true they will not release babies without a vaccine passport by the parents. They said that in order to visit in the NICU parents must either 1). Have a vaccine passport or 2). Have a negative pcr test in the last 72 hours".
..
World Government
Anon at 08:09
Share