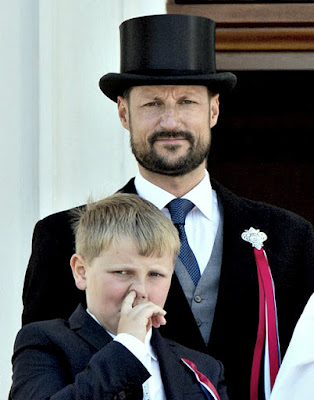 Above we see Crown Prince Haakon of Norway and his son Prince Sverre. 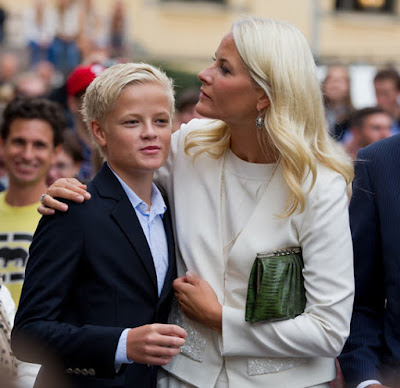 Crown Prince Haakon, the heir to the throne, married Mette-Marit Tjessem Høiby, a single mother with a son called Marius.

Marius's father is a convicted drug-dealer.

Mette-Marit's father married a stripper half his age. 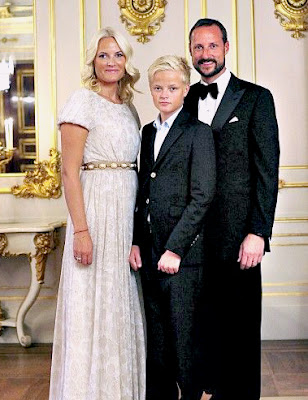 Crown Prince Haakon and the son that he gained when he married Mette-Marit.

In recent times, Crown Princess Mette-Marit is suspected of having been involved in an affair with a wealthy, married, Norwegian-American businessman. 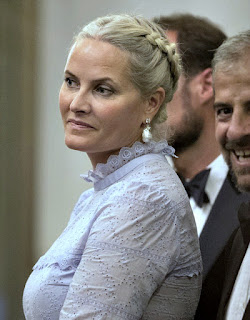 Crown Princess Mette-Marit went to India to assist a homosexual couple to watch over the birth of a set of twins via a surrogate. 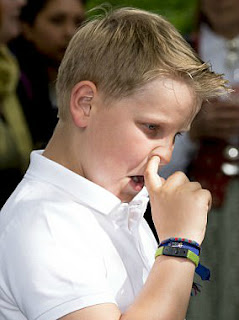 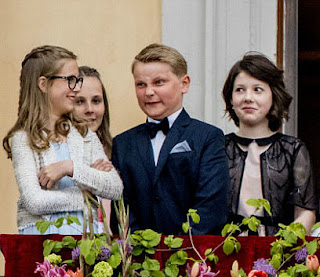 Above we see Prince Sverre. 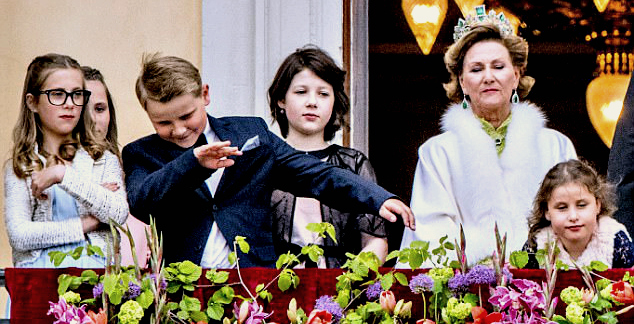 Above we see Prince Sverre Magnus doing the dab dance on the Royal Palace balcony.

Norway is home to Anders Breivik.

The real Anders Breivik was an innocent young Norwegian.

The attacks in Norway, in 2011, appear to have been the work of certain security services.

'Breivik''s farmhouse in Rena which had been used by a drugs gang.

'Anders Breivik' rented a farm in Rena, 90 miles from Oslo.

The farm is linked to drugs gangsters.

Two years ago, the farm was being used by a criminal gang as one of Norway's biggest marijuana farms.

The 'loner and fundamentalist Christian' Anders Breivik. Does he have a double? (Anders Behring Breivik photos- Daily Mail)

The farm is also close to Norway's biggest military base and the place where Norway's special forces are trained.

The military base is linked to Afghanistan and NATO is reported to fly heroin out of Afghanistan.

Odin's Raven reminds us (High Crimes) that the state can function as a criminal enterprise...

The governments of much of the world are almost routinely expected to be involved in crimes such as drug trafficking.

Reportedly, it was Mossad that suggested that the CIA, with the help of Monzer al Kassar, could smuggle heroin from Lebanon into the USA.

Reportedly, Monzer al Kassar, a Syrian, was a CIA asset.

Reportedly, Mohamed Atta (or his Jewish double) flew heroin for the CIA into Florida.

(aangirfan: LOCKERBIE AND THE FINANCING OF 9 11)

Nini Stoltenberg. Note the red and black. Note the Star of David.

Nini Stoltenberg is a Norwegian television personality and sister of Jens Stoltenberg, formerly prime minister of Norway, and currently Secretary general of NATO.

She is, however, better known as a drug addict.

Nini Stoltenberg has had a long-time relationship with Karl John Sivertzen from Odda, a former drug addict who was convicted of an armed bank robbery in the 1970s.

Nini was an intravenous drug user.

In an interview, Nini Stoltenberg tells of a boyfriend who subjected her to punishments, psychological terror and much fear. 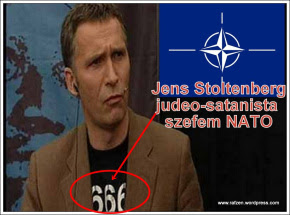 Norway has many Satanists.

Musicians and fans of the Norwegian black metal scene took part in over 50 arsons of Christian churches in Norway from 1992 to 1996.[14]

Mette-Marit in Red and Black.

Morten Borg (right), who was married to Mette-Marit, with his son.

Trond Bernsten is the step-brother of Mette-Marit.

Mette-Marit went on to meet Prince Haakon at a rock festival a few years later.

Anonymous writes of the Norway Attack of 2011:

Clearly a NATO false flag and probably planned as soon as the Norwegian government began to vacillate about its role in Libya.

Crown Prince Haakon of Norway is descended from the Bavarian Illuminati: Duke Ernst II of Saxe-Gotha-Altenburg (1745-1804).