CHILD ABUSE IN THE PHILIPPINES AND INDONESIA

This is a care home for children in the Philippines.

The Philippines is a Christian country.

This is a girl in care in Indonesia.

The nurse in charge was a Christian lady.

We have more such photos, but they are too shocking to show.

This is an adult in care in Indonesia.

Indonesia's President Joko Widodo appears to be just another asset of the CIA. Joko's 's sole nomination for police chief is a bribery suspect. Jokowi police pick a graft suspect.  And, Joko has a Brutal new Defence Minister

Both the Philippines and Indonesia have rich elites, protected by the military, who work for the CIA and the Pentagon.

The Pope is coming to the Philippines.

So, "street children as young as five are being caged in brutal detention centres alongside adult criminals in a cynical drive to smarten up the Philippines capital..."

The children "sleep on concrete floors ... many of them are beaten or abused by older inmates and adult prisoners and, in some cases, starved and chained to pillars."

"This girl had pebbles thrown at her as she screamed in pain".

When Clinton visited Indonesia, we remember the street people being rounded up and caged.

Some of the children who are locked up do not come out alive. 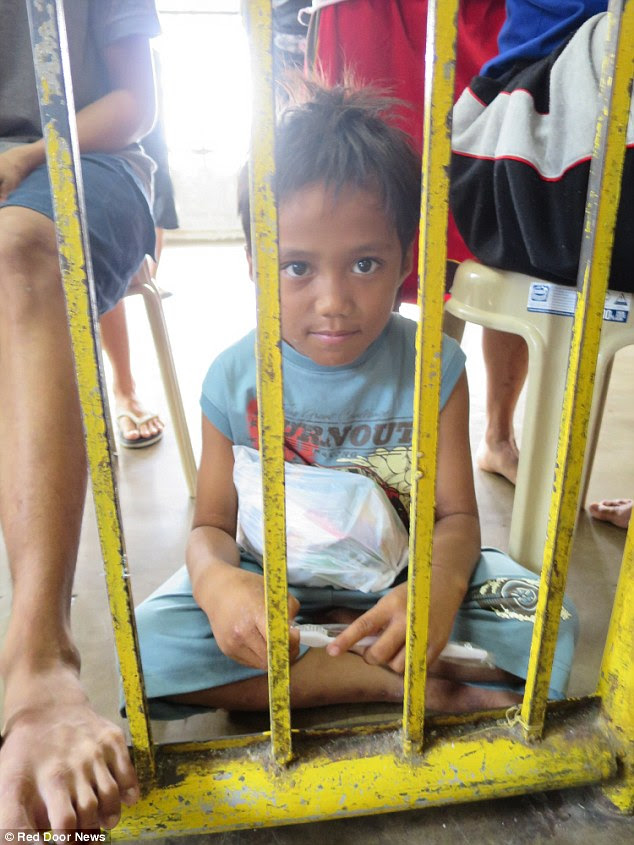 Rosalinda Orobia is the head of the Social Welfare Department in Manila's central Pasay district.

She says the round-ups have been conducted to protect the Pope from begging street children.

The Philippines super-rich President Aquino is allowing the increased presence of US troops in the Philippines.

Rosalinda probably lives in a nice house and has a nice car.

She should be sacked, as should the president, who is a rich oligarch. 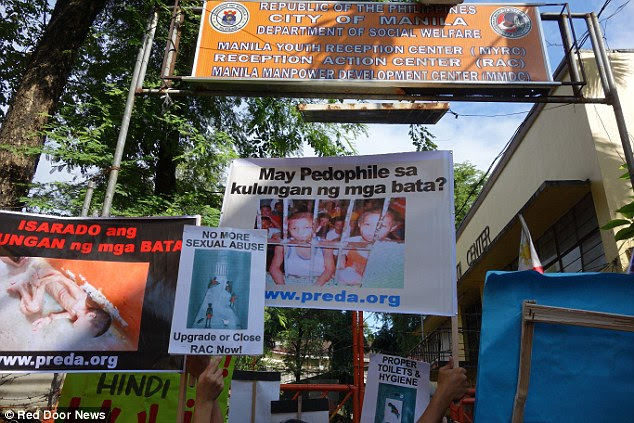 In an interview conducted for MailOnline by a trained child psychologist, "a boy called Ben described how - aged just six - he was picked up by police last year as he slept on the street.

"He woke up in a police station and then spent three months at the House of Hope detention centre where, in cold detail, he described how he was sexually abused by 10 different inmates. 'I was very unhappy there,' he said quietly. Ben is now seven."

Information about the missions to help street children in Manila by the Preda Foundation and Bahay Tuluyan are available at www.preda.org and www.bahaytuluyan.org

It is our own personal experience that organisations such as UNICEF and Save the Children do not care in the slightest about the children shown above.