LUNCH WITH THE BOSS OF MI6

I meet C at Les Garcons Gais restaurant in London.

C is better known as Sir Kim Blunt, the boss of MI6.

"No, this restaurant is quite safe. All the staff here work for us," explains C. "And in any case I am merely the frontman for our organisation."

C explains that he was recruited to MI6 while at university and that he was later picked by a certain Jewish Foreign Secretary to become head of MI6.

Princess Diana's death is the first topic I raise.

"You'll need to ask the SAS about Diana," says C.

I inquire about the possibility of Diana knowing too much about a powerful pedophile ring.

Nabokov worked for the spooks: Nabokov, Lolita and Pale Fire.

I ask about the fake intelligence on weapons of mass destruction, which led to the invasion of Iraq.

"Saddam, whom we put into power, did wonders for ours arms trade", says C. "Now, who can complain about that?

"But," continues C, "it was eventually felt that a full scale invasion of Iraq would make an awful lot of money for all the military contractors. You know, war is necessary for our economic survival."

"More recently," continues C, "there's been a tremendous increase in military spending. In 2012, the world spent some $1,700bn on the military - it all looks pretty brilliant." 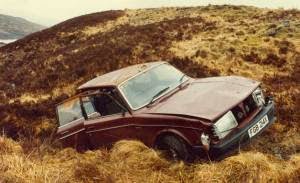 I remind C that in 2013 he warned about the threat of a Yes vote on Scottish independence.

C grins. "That is really MI5's area of responsibility. It was their job to take care of that."

"England, of course," says C. "We took a trip to Costa Rica last year. It has no army and is ranked as the happiest country in the world. I hated it.

A A Milne worked for the spooks.

When the coffee arrives, C turns to the question of recruitment to MI6.

"We are always looking for recruits," says C. "People who like child brothels in Pattaya and snuff videos. People who empathise with Hitler and Churchill. People who enjoy a bit of Satanism. People who are happy to betray their country in order to keep the rich elite in power."

I point out that Mary Pinchot Meyer was shot dead.

ALEISTER CROWLEY, who with Ian Fleming and Roald Dahl, worked for the UK security services. Richard B. Spence writes in his 2008 book Secret Agent 666: Aleister Crowley, British Intelligence and the Occult that Crowley was most likely a lifelong agent for British Intelligence.

Who are C.'s heroes?

"Most of Dahl's books," says C "preach that sin and disobedience are desirable, and the Devil will lead us to enlightenment and freedom."

(ROALD DAHL AND THE FOREST OF SIN)

I point out that in one of Dahl's books, The Minpins, Little Billy follows the Devil's advice to enter the Forest of Sin and is handsomely rewarded with a magical and life-changing adventure.

(ROALD DAHL AND THE FOREST OF SIN)

"Great chap," comments C. "I am a fan of the Child Catcher in Ian Fleming's Chitty Chitty Bang Bang. The Child Catcher was created by Roald Dahl, acting as the film's screenwriter. The Childcatcher kidnaps and kills children. In Roald Dahl's novel, The Witches, the witches are able to smell out children to murder them."

"In Dahl's The BFG", continues C, "a 24-foot dirty old man creeps down the streets late at night, when all the grown-ups are asleep, peering in through little children's windows."

The BFG: a wonderful innocent fairy-story with no overtones of paedophilia

I point out that Marilyn Manson's favorite authors include Anton LaVey, Aliester Crowley, and Roald Dahl.

As we leave the restaurant we pass an incoming group that includes Jonathan Pollard, James Savile and Yuri Geller.


ISIS GETS CHINESE AND RUSSIAN LEADERS AS IT DUMPS ....

aangirfan: THE PEOPLE WHO WORK FOR THE SPIES