Dr. Eric Nepute in St. Louis has reported on a 4-year-old child who almost died from a bacterial lung infection caused by prolonged mask use.
....
Henry Makow
@HenryMakow
·
14h
If they fixed the 2020 election, why didn't they fix 2016? Maybe they did.

'Government’s ‘independent’ MHRA which will decide if ‘Covid’ vaccine is ‘safe’ has taken funding from Gates and is awash with Big Pharma insiders and shareholders while ‘doctors paid to give the vaccine want immunity from prosecution when things go wrong’'
....
UK - Write to your MP
On New Tier Restrictions, Covid Vaccines and Mask Mandates
Find templates here - https://saveourrights.uk/covid-resistance/ 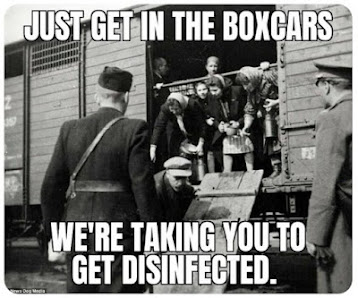 "Remember back in the old days of, say, 2019, when anyone who talked about microchip implants, Americans being forced to show travel papers, and re-education camps was thought to be a crazy conspiracy theorist?
"And then 2020 rolled around and voila! It turns out those conspiracy theories weren’t so “crazy” after all."
7 Things That Used To Be "Crazy Conspiracy Theories" Until ...

But, to our mind, the basic conspiracy is very simple, and does not need to use a lot of words.

The basic conspiracy is the 'Feudal System', whereby the top people control most of the wealth. 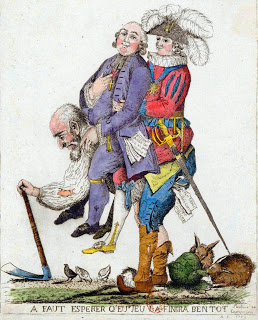 "In Pawns in the Game, William Guy Carr claimed that World War I had been fought to enable the Illuminati to overthrow the powers of the Russian tsar and to turn Russia into the stronghold of atheistic communism.

"The differences stirred up by the agents of the Illuminati between the British and the German Empires were used to foment the war.
"After the war ended, communism was bolstered to destroy other governments and weaken religions.

"Later, he claimed that World War II had been fomented by using the differences between fascism and political Zionism and fought so that Nazism would be destroyed, the power of political Zionism increased, and the sovereign state of Israel could then be established in Palestine."

William Guy Carr, Pawns in the Game (1958)
...
...
Klaus Schwab is the founder and president of the World Economic Forum, Schwab is a former member of Bilderberg’s Steering Group.On 9/11, Klaus Schwab, was having breakfast with Rabbi Arthur Schneier at his Park East Synagogue in New York when the two jets struck the World Trade Center, Schneier said.
7 little known facts about #TheGreatReset mastermind Klaus Schwab 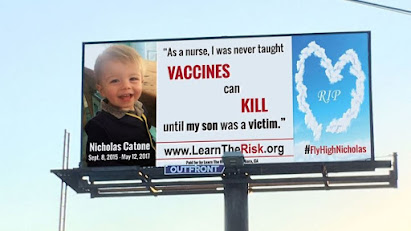 The Future Shape of Things.
Henry Makow
@HenryMakow
·
17h
Health workers will be given placebo vaccines and everyone will be told, "see they're safe." 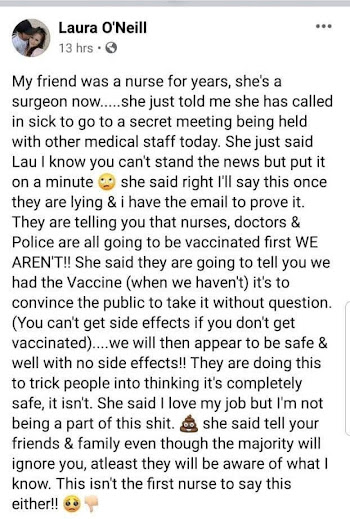 Henry Makow
@HenryMakow
·
22h
A CDC study found boys who got the MMR vaccine on-time had a 360% greater chance of getting autism. The study's findings were destroyed. 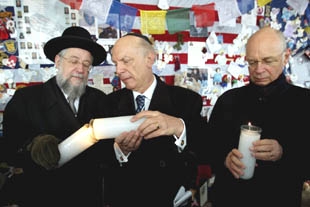 " I have been obliged to recognise the methods used worldwide by governments, the media and major players in the global economy to the detriment of us all...
I. The World Economic Forum (WEF)

…as the mouthpiece of the most influential international corporates and major banks, is using the crisis as an instrument to push forward a long-prepared agenda...
The companies of the WEF, which is mainly controlled by the financial and digital industries, want a centralisation of political power...
They want to force out the middle classes permanently and take over the market shares released as a result...
The centralisation of the economy towards a small number of large corporations and financial investors will be further accelerated... 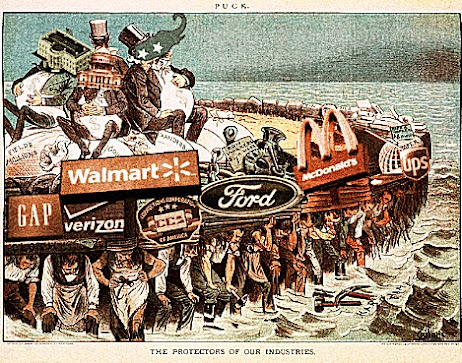 …are instrumentalising the fear of the virus to achieve social acceptance for comprehensive digital surveillance and control systems.
These systems, which include contact tracing, digital identities, biometric face recognition and digital immunity certificates, are designed for totalitarian control of the entire population.
With ‘ID2020’, the Rockefeller Foundation and Microsoft have been pursuing for several years now a project for the digital, biometric registration of the world’s population.. 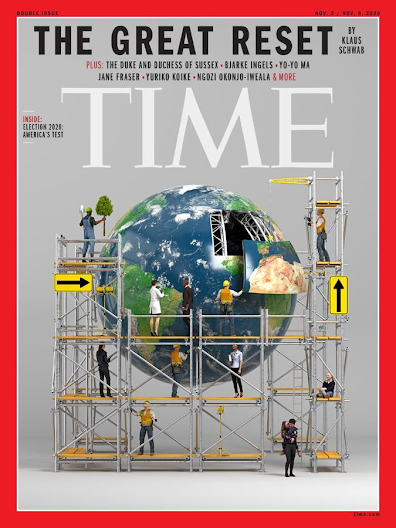 III. The financial sector, and in particular the large international and investment banks

…are instrumentalising the crisis to create new dependencies through extensive lending to governments and companies, and thus extend their political influence.
This redistribution is paid for by low and middle-income earners, because the enormous new debt is likely to give rise to massive tax increases and capital levies...
Belarus - The IMF offered the economically stricken state 940 million in June 2020, demanding in return that the small country institute Corona measures such as lockdown, compulsory masking and quarantine.
Anyone who wonders why so many countries worldwide have adopted almost identical measures may find an answer here... 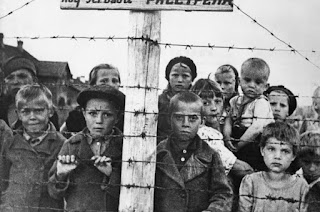 IV. With their misleading reporting

…their encouragement of division and polarisation and the calculated fomentation of anxiety, the mainstream media are driving a deliberate wedge into our society.

Former Editor-in-Chief of the New York Times, John Swinton, said many years ago at a meeting of the most prestigious American journalists:

There is no such thing as an independent press in America, except in remote small towns in country districts. You are all slaves. You know it and I know it.
Not one of you dares to express an honest opinion.
If you were to express it, you would already know in advance that it would never appear in print.
Anyone crazy enough to write his honest opinion would be out on the streets looking for a new job.
The business of journalists in New York is to twist the truth, to lie bluntly, to pervert, to revile, to kowtow at the feet of big business (‘Mammon’ in the original) and to sell his own country and people for his daily bread, or, which is the same thing, for his salary.
We are tools and servants of the rich men behind the scenes. 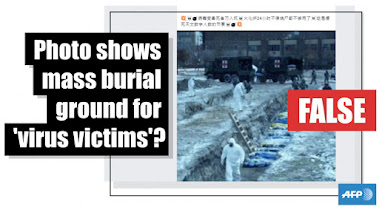 They shock us with photographs of alleged Corona mass graves in the USA, while concealing the fact that deceased homeless people have been buried in these communal burial grounds for many years (and video recordings to that effect were being made back in 2016).
They show us dramatic images of military trucks transporting coffins from Bergamo in northern Italy and at the same time suppress the important information that, according to the Italian Funeral Industry Federation, at the start of the corona crisis 70 per cent of undertakers in the region stopped working for reasons of quarantine, and it was only because of this that the military was called in for a one-off transport of 60 coffins. 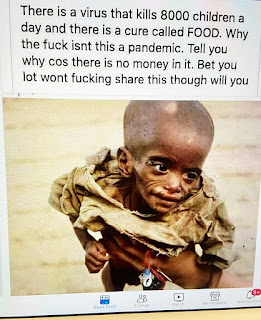 Corona narrative is impressed on children with computer games

For example, ARD and ZDF are developing a contribution-financed Corona computer game for young people, in which players have to give a wide berth to ‘highly infectious infants’ and ‘conspiracy theorists’.
...
....
"NPR quietly reported that Trump’s Operation Warp Speed had taken the unusual step of awarding contracts to vaccine companies, not directly, but through a secretive defense contractor.

"NPR named the defense contractor — South Carolina–based Advanced Technology International (ATI)
"NPR declined to explore the company’s deep ties to the CIA, Department of Homeland Security, and the Department of Defense and how ATI is helping to lead those agencies’ efforts to militarize health care and create a surveillance panopticon that not only monitors the world around us but our physiology as well.

"The “secret” vaccine contracts awarded through ATI as part of Warp Speed total approximately $6 billion, accounting for the majority of Operation Warp Speed’s $10 billion budget."
https://childrenshealthdefense.org/news/operation-warp-speed-cia-linked-contractor-covid-vaccine/
...
'There will be a series of blackouts, including localized blackouts and nationwide blackouts, that might be blamed on Iran.
'They have already prepped people for this via predictive programming. Anyone else remember the PG&E blackouts that occurred in Northern California last year? Another example of predictive programming? That propaganda film "The Hunt".”'

Oh fuck. — The Most Beautiful World

@TonyGosling
·
21 Nov
‘Your Own Cells Become The Virus’, Top Immunologist ‘Will Not Take’ Pfizer and Moderna mRNA Covid Vaccines ‘Could Injure You For Life’ 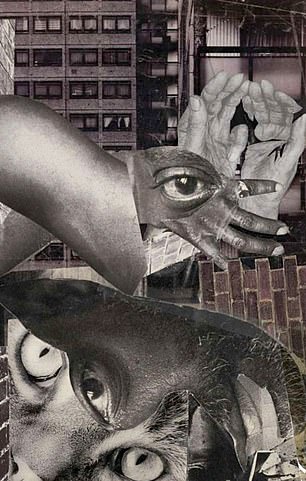 The UK's Department for Digital, Culture, Media and Sport spent £5,400 on this collage made from magazines by Donald Rodney. 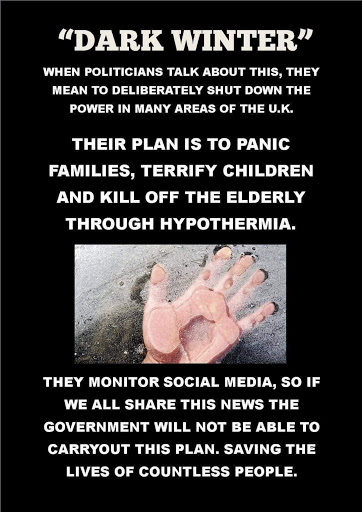 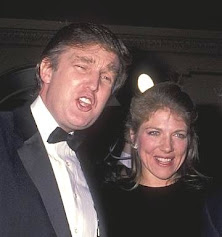 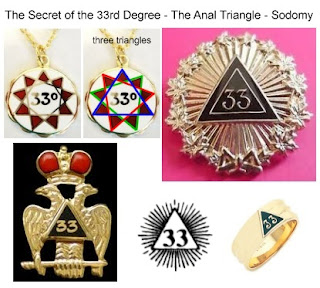 '33 people are reported to have died with the virus in the past week.'

On November 8, 7,000 people crammed into Yetev Lev temple in Williamsburg.
They were celebrating the wedding of Yoel Teitelbaum.
The event was planned in spite of Gov. Cuomo's restrictions on indoor religious gatherings.

That Mask Is Giving You Lung Cancer - Global Research

Henry Makow
@HenryMakow
·
17h
https://investmentwatchblog.com/minnesota-now-fines-1000-or-gives-90-days-in-jail-for-those-who-socialize-with-someone-who-doesnt-live-in-their-home-whether-indoors-or-outdoors-threatening-to-socialize-also-carries-up-to-250/… Minnesota now fines $1000 or gives 90 days in jail for those who socialize with someone who doesn’t live in their home (whether indoors or outdoors). Threatening to socialize also carries up to $25,000 fine.
Every county sheriff in the L.A. region has declined to enforce the new near-statewide curfew announced Thursday by Gov. Gavin Newsom.
breitbart.com

We are all Palestinians now? 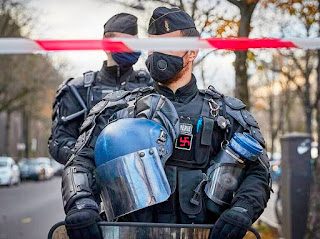 Demonstrators have taken to the streets in France to protest against a proposed security law.
The pending legislation would create a new criminal offence for publishing images of police officers. 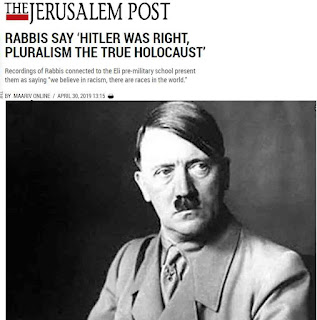 During World War II, the Nazis had many fans in France.

"Men, women and children were dragged from their beds by French police and officials and taken to the Velodrome d'Hiver (Winter velodrome) near the Eiffel Tower before being deported to concentration camps." 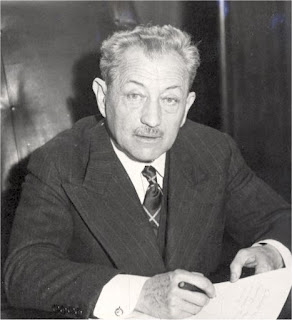 L'Oréal founder Eugène Schueller (above) was reportedly a fascist sympathizer.
Schueller can be Jewish (Ashkenazic): a variant of Schuler.

'Schueller's far-right political beliefs and wartime participation in a fascist organization are likely connected to the fact that his company flourished during Nazi Germany's occupation of France.
'Schueller reportedly bankrolled a secret campaign to overthrow France's republican government' 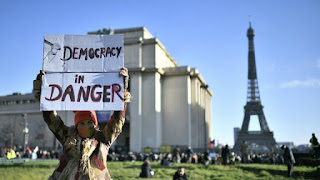 The proposed security law?
If enacted, the measure would endanger journalists and others.

Emmanuel Poupard, secretary general of the National Journalists Union (SNJ), said that the police image law 'has only one goal: to boost the sense of impunity of law enforcement officers and make invisible police brutality,' he said.

In July, three French police officers were charged with manslaughter over the death of a delivery man, Cedric Chouviat, which bystanders caught on video.
Posted by Anon at 00:59