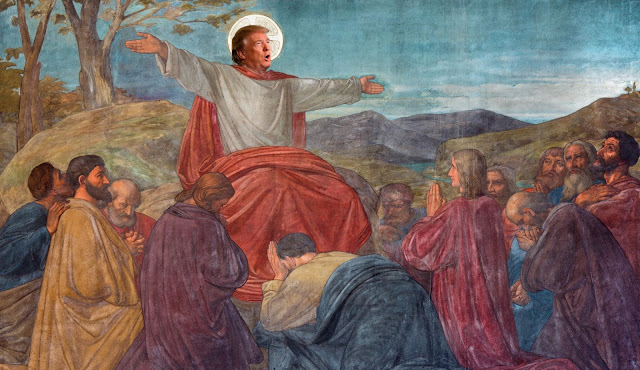 On 18 December 2019, two U.S. Republican lawmakers opposed the impeachment of Trump with remarks that referred to the crucifixion of Jesus Christ.

This caused the phrase 'Trump to Jesus' to trend on Twitter.

Representative Barry Loudermilk of Georgia said: "When Jesus was falsely accused of treason, Pontius Pilate gave Jesus the opportunity to face his accusers...

"During that sham trial, Pontius Pilate afforded more rights to Jesus than Democrats have afforded this president in this process."


Vladimir Putin has come to Donald Trump's defense after the US president was impeached, saying the claims against him are 'far-fetched' and 'made up'.
Posted by Anon at 00:30