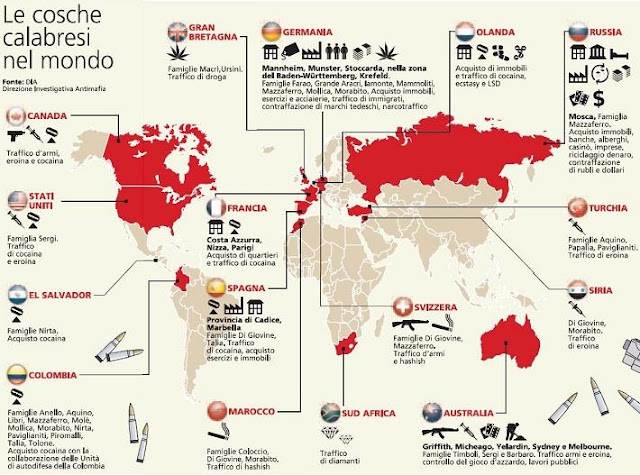 
Judge Nicola Gratteri, in his book "The net of the invisibles", has written about the gay men who help to run the mafia known as the 'Ndrangheta

"In 2013, the 'Ndrangheta - a mafia from Calabria, the toe of Italy's boot - had a total turnover that came to £44.8 billion, equivalent to that of McDonald's and Deutsche Bank put together.

"That's equivalent to 3.5 per cent of Italy's GDP of 2013, and it did so through, amongst other things, drug trafficking, extortion, usury, gambling, prostitution and human trafficking."

How Did the 'Ndrangheta Get So Rich? - VICE

Judge Nicola Gratteri refers to the homosexual relationships of the 'ndrangheta bosses, the letters between lovers and their sexual habits.

"Numerous interceptions show that some affiliated with the 'Ndrangheta  are homosexuals - according to an excerpt from the book."

"They range from those who frequent swingers' places in Milan to those who, in Reggio Calabria, hang out in the area of ​​the Villa Comunale in search of trans, to those who, returning from a trip on the Ionian coast to buy drugs, stop along the Ionian-Tyrrhenian Sea and consume a fiery homosexual intercourse ".

"There is no shortage of names and surnames, details on sexual intercourse in prison..."

Mirella Giuffrè speaks out on this.

"You probably do not understand how much suffering a homosexual boy faces in his life journey..."

The most powerful criminal organization in the world is said to be the 'Ndrangheta.
Its current activities in the USA include drug trafficking and arms smuggling. 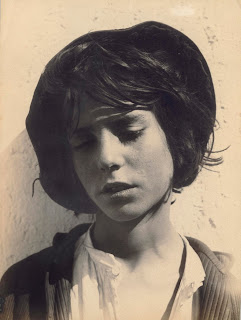 
Ulysses Panetta , who was arrested September 2012 as part of the operation that bears his name, is considered the head of the Milan 'Ndrangheta.


16 Oct 2017 - "The Maltese involvement in cocaine-trafficking by the Calabrian mafia ('Ndrangheta) is not limited to laundering money through internet ...

THE PAPACY AND THE NDRANGHETA - aangirfan


3 Mar 2013 - In 2011, Pope Benedict XVI condemned Italy's "ferocious" 'Ndrangheta mafia during a visit to the group's heartland in Calabria.

THE POPE AND THE MAFIA - aangirfan


9 Mar 2013 - Top favourite Angelo Scola, Archbishop of Milan, a city 'ruled by the Ndrangheta', the mafia-style mob linked to Siderno, the city of origin of ...
Posted by Anon at 05:24