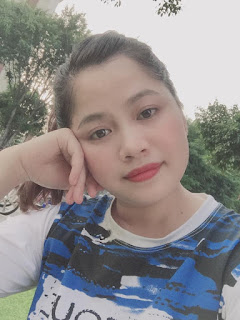 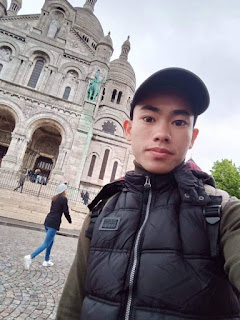 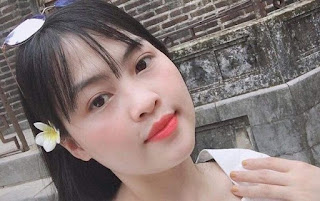 Why have these Vietnamese nationals been shown in holiday snaps around Europe?

Why not just travel to UK the same way you arrived in Europe (wherever the Instagram selfies were taken)?

A container in which 39 migrants were found dead was part of a convoy of three lorries, it has been claimed.

The death crash trucker has been charged with 39 COUNTS of manslaughter. 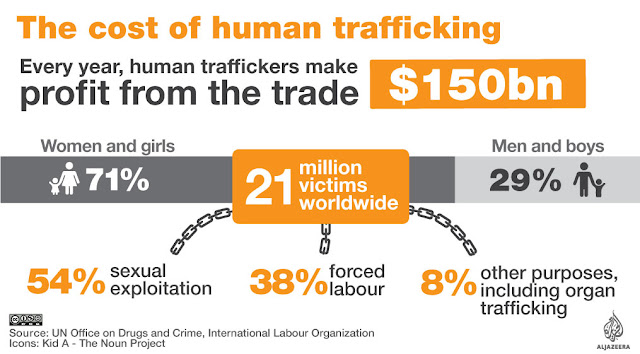 During 2019, several groups of east African children were found in Belfast.

They 'had travelled to Northern Ireland in a shipping container with up to 50 other people', they told police.

The majority of the 39 people found dead in the back of a lorry in Essex were likely to be from Vietnam, according to reports.

Essex lorry deaths: most victims likely to be from Vietnam

The wife of a haulage boss based in the northwest of England has been named as the owner of the lorry.

Joanna Maher, 38, from Warrington, was revealed as the owner of the Scania truck that was registered in the Bulgarian Black Sea port of Varna in 2018.

But Joanna Maher and her husband Thomas have insisted that they sold the lorry cab a year ago to a company in Northern Ireland. 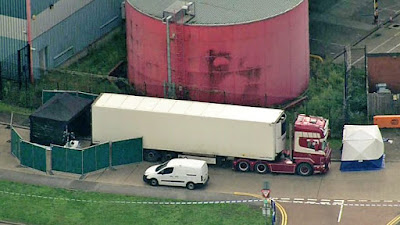 "Robinson passed out when he opened the doors to fetch some paperwork and discovered the bodies, a horrified witness told the Evening Standard.

One pal told Mail Online: "When he opened the container up and saw all the dead bodies, he was absolutely horrified - as anyone would be - and called the ambulance service who in turn alerted the police."

In the case of the Essex lorry deaths in October 2019: the 39 found dead were Chinese nationals ...

The lorry was registered in Bulgaria under an Irish company.

The container had travelled through Belgium before arriving in the United Kingdom at Purfleet, while the cab is believed to have entered mainland Britain via Northern Ireland and the Port of Holyhead.

The lorry entered the United Kingdom (UK) in two parts.

The container arrived in Purfleet, a town near Grays with a port on the River Thames, from the Port of Zeebrugge in Belgium, at around 00:30 on 23 October.[1]

It was originally reported that the entire lorry had come through Holyhead from Dublin.[1][2]

Police believe the cab came from Northern Ireland[3] and entered mainland Britain via the Port of Holyhead, on the Welsh island of Anglesey, on Saturday 19 October.[1][2]

The driver at the time of discovery was a 25-year-old man, Mo Robinson, from Northern Ireland; he was arrested at the scene. 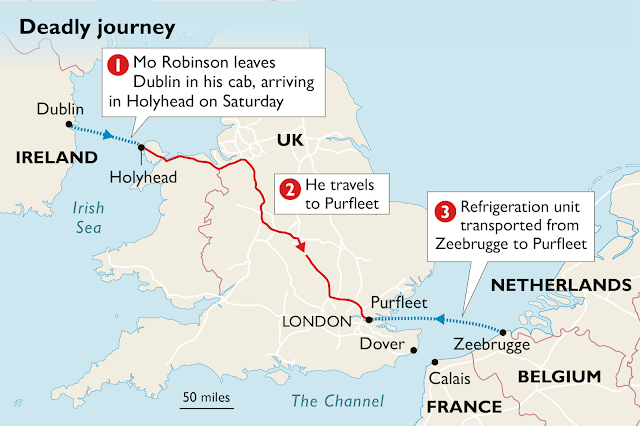 Got a feeling the truck tragedy is fake.

- CCTV footage from fixed camera 'panning' the truck in the middle of
night.

Merkel apparently opened the border to 1 million + refugees after similar event in 2015. Therefore a seeming tragedy used for political capital and serving a higher purpose.

Nothing being released about the victims and crime scene sterilised and truck removed. 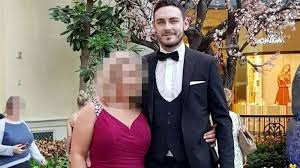 "Robinson arrived in the UK at the weekend. He picked up the trailer, which had been shipped from Zeebrugge to Purfleet, yesterday evening. Minutes later, he pulled into the Essex industrial estate and the alarm was raised."

"Container arrived in Essex from Belgium last night and Robinson collected just before the bodies were found."

"The load, understood to have originated in Bulgaria, is believed to have been picked up in Belfast before being driven to Dublin before being ferried to Holyhead, Wales and driven to Essex."

Given the utter tripe that passes for our inverted version of reality, the constant stream of false flags and the lengths to which the nefarious forces are prepared to go. It is hardly surprising that a tragedy of this type raises suspicion when things don't add up.

I might just be plain old wrong, however, do forgive my suspicions giving everything else that is contrived or fake.

The event (in my mind) seems to serve a higher purpose and may be the Hegelian Dialect that offers political manipulation around Brexit or some other tripe.

At what point in the Arcuri synopsis of events did Boris, the political equivalent of a flip flop switch, come to prefer being 'dead in a ditch' to staying in the EU? Where was the tipping point? And did Jen and her alt right friends help facilitate that change? https://eu-rope 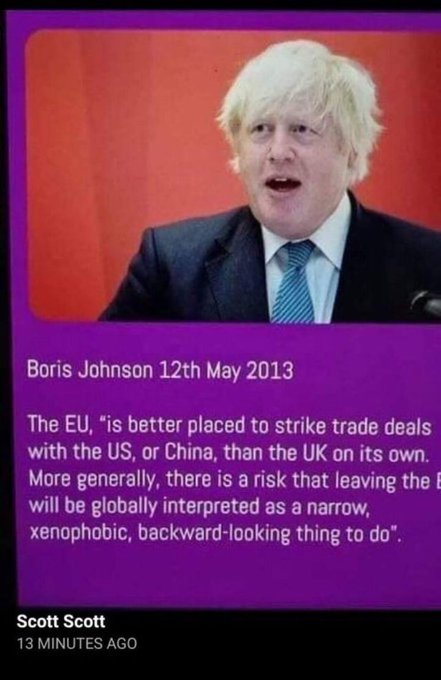