USA AT WAR WITH UK 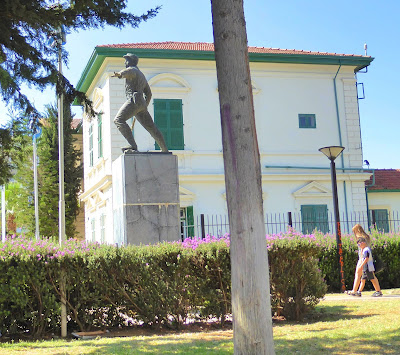 One of the main results of the two World Wars was the weakening of the the British and other European empires, and the strengthening of the US empire. 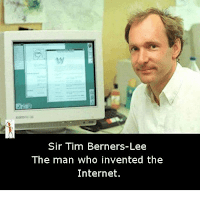 But, the largest companies in the world are all American companies linked to the web: 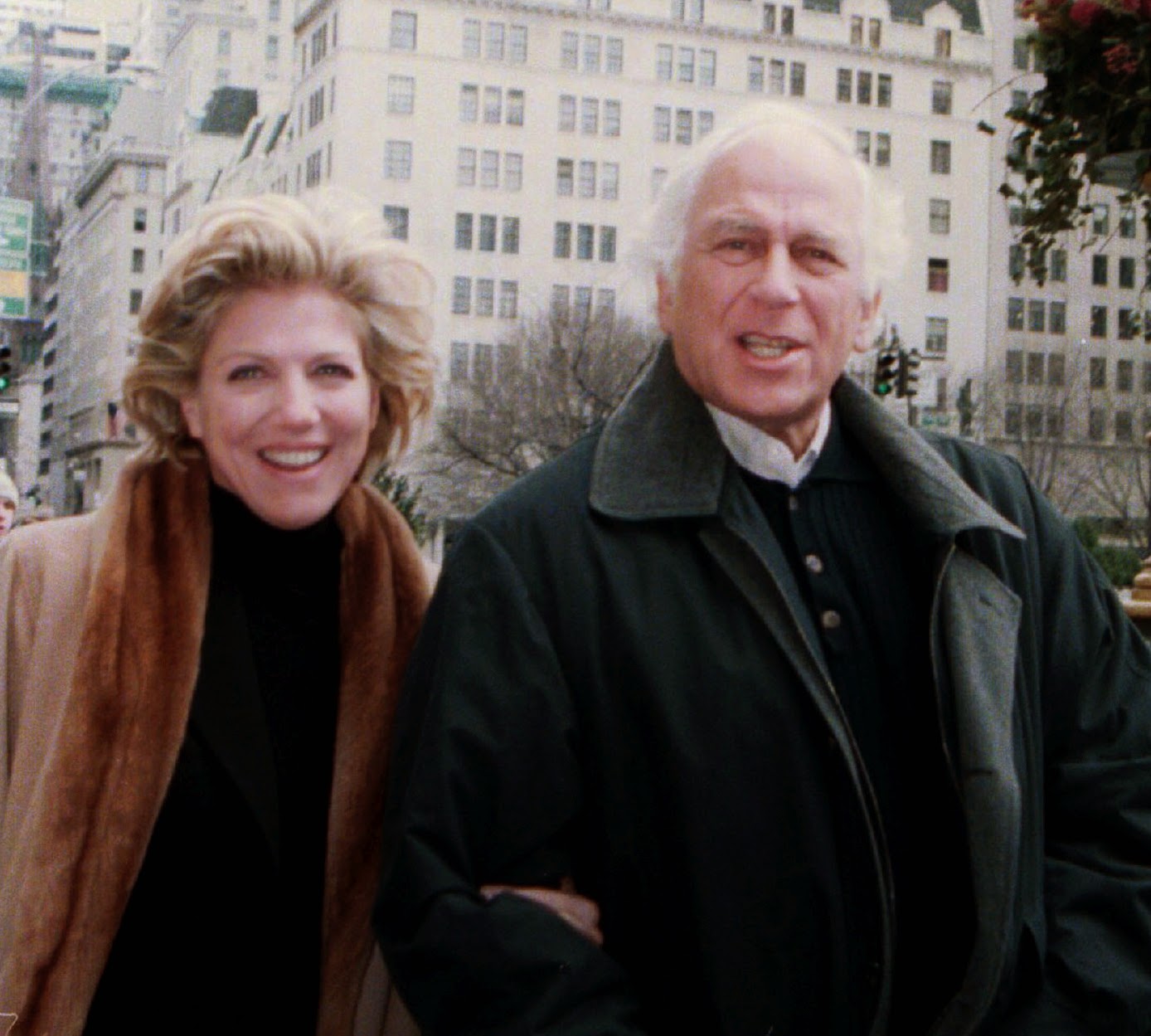 Sir Evelyn de Rothschild (right) who has a home in New York.

Lord Jacob Rothschild has investments in the USA. 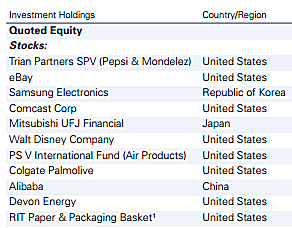 In Lords of the Desert, historian James Barr points out that the USA was the driving force behind 'the British exit from the Middle East'. 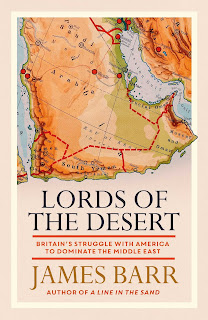 The USA was therefore at war with the UK.

The USA encouraged and exploited widespread opposition to the British in the Middle East.

Within a single generation, between 1945 and 1970, America replaced Britain as the dominant power in the Middle East. 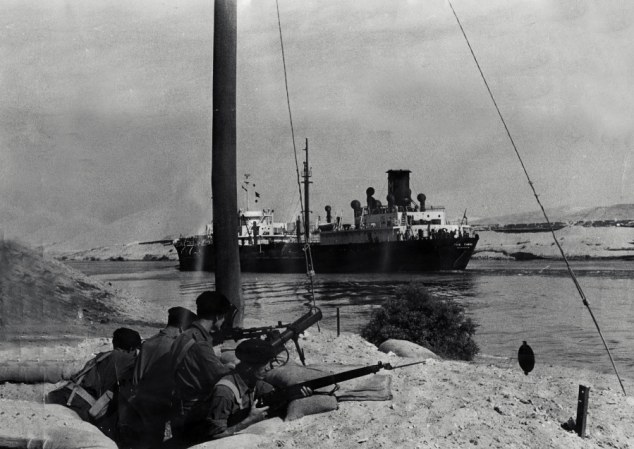 The 1956 Suez crisis involved a plot by Israel, France and the UK to take control of the Suez canal.

The USA, perhaps hoping to keep Nasser as a CIA asset, opposed the Israeli plot.

NASSER OF THE CIA / DID THE CIA USE NASSER AGAINST SAUDI ....

UK Prime Minister Eden got no support from Eisenhower and Dulles.

The USA discussed 'blasting the hell' out of UK forces during the Suez Crisis.

(The UK was in the wrong over Suez)

During the 1956 Suez crisis, Admiral Arleigh Burke, America's Chief of Naval Operations, got the Sixth Fleet to harass the British and French fleets.

The UK's General Sir Charles Keightley, commander of Middle East land forces, wrote: 'It was the action of the US which really defeated us in attaining our object.'

The USA also threatened a run on the Pound. 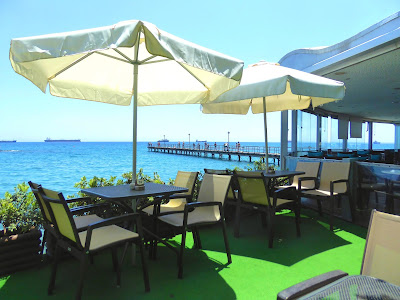 The biggest act of terrorism in the UK was reportedly carried out by the CIA.

The CIA and its friends 'were smuggling heroin out of Lebanon and into Europe, using PanAm planes'.

According to Lester Coleman, formerly an agent of the US government:

People working for the USA's Drug Enforcement Administration "would arrive at Larnaca (Cyprus) with suitcases full of high- grade heroin, white and crystal, and be met off the boat from the Christian-controlled port of Jounieh (Lebanon) by officers of the Cypriot Police Narcotics Squad, who then drove them up to the Eurame office in Nicosia...

"After that, the Cypriot police would take them out to the airport and put them on flights to Frankfurt, where the bag-switch routine used by 'legitimate' smugglers was employed to bypass the airport's security arrangements and load the 'dirty' suitcases on to trans-Atlantic flights."

Trail of the Octopus. / aangirfan: LOCKERBIE IS ABOUT HEROIN .

Immediately after the Lockerbie Bombing, a quantity of heroin was found on Lockerbie golf course and a suitcase full of heroin was discovered by a farmer a couple of miles to the east. (The Lockerbie trial: a top-level cover-up? The Guardian)

Monzer al Kassar with his family in 1985, in a Paris Match feature on his estate in Marbella, Spain (newyorker.h)

McKee and his team gathered evidence of the CIA drug smuggling.

A key member of the team was Matthew Gannon, 34, the CIA's deputy station chief in Beirut.

McKee and Gannon expressed their anger about al-Kassar to the CIA HQ in Langley in the USA, but they got no response.

Were these passengers on PanAm 103 killed by the CIA? The US ambassador to Lebanon, John McCarthy, and the South African Foreign Minister Pik Botha had their travel plans altered at the last minute in order to avoid PA103. Charles McKee and Matthew Gannon allegedly changed their plans at the last minute to fly on PA103. ("Cover-up - Lockerbie")

Gannon's father-in-law Thomas Twetten was then chief of Middle East operations based in Langley.

McKee, Gannon and three other members of the team decided to fly back to CIA HQ and expose the COREA unit's deal with al- Kassar.

They were looking for McKee's suitcase. 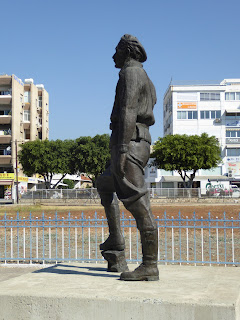 The USA's General Lemnitzer and the American Under Secretary of State, George Ball, wanted Cyprus to be a NATO (American) base.


In 1974, EOKA-B executed 84 Turkish Cypriot men and boys from the Cyprus village of Tochni. 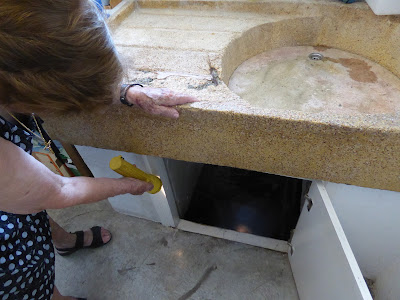 George Grivas's hiding place in a house in Limassol.

The CIA put the Greek colonels into power, and controlled the key generals in Turkey.

The CIA, together with Greece and Turkey, planned the Turkish invasion of Cyprus in 1974.

"A deal was struck between the Greek Junta and the government of Turkey, under the wing of the American eagle at the Nato conference in Lisbon in June 1971.

"In his book, US Foreign Policy and the Cyprus Question, professor Van Coufoudakis wrote: "It was there (Lisbon) that the Greco-Turkish agreement for the termination of independence through the partition of the island was forged…

"The State Department agreed to back the ... solution, to which Greece and Turkey arrived after secret negotiations." 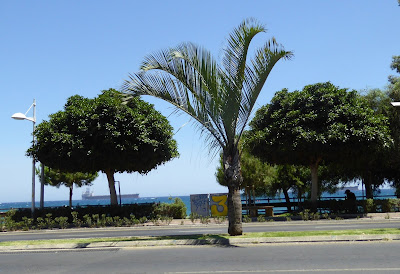 The UK Prime Minister, Harold Wilson, considered using force to halt the invasion of Cyprus by the CIA-backed Turkish military.

But, the UK had to bow to Kissinger.

The Cyprus Conspiracy: America, Espionage and the Turkish Invasion 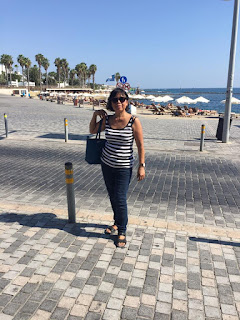 Above, we see Norma Canaveral in Cyprus.

Norma is the aunt of Julian Cadman.

A former NATO general, Turkey's Sabri Yirmibesoglu, has admitted to carrying out an act of false flag terrorism.

The general said "Certain acts of sabotage are staged and blamed on the enemy to increase public resistance.

"We did this on Cyprus.

"We even burnt down a mosque."

The general concerned is General Sabri Yirmibesoglu, the Turkish general who helped prepare the 1974 Turkish invasion of Cyprus.

So the Turkish Cypriots had to be made angry.

In the early 1970s, Greece was run by colonels who were assets of the CIA; and the military in Turkey were also friends of the CIA.

According to Michael Jansen, at greece.org/cyprus/Takism:

In the early 1970s, a deal was discussed by Greek and Turkish ministers.

According to this deal:

1. Cyprus would be split.

2. A Turkish military base would be set up on Cyprus.

3. The mainly Greek part of the Island would join up with Greece.


(The Importance of Cyprus)

"The retired Turkish general named Sabri Yirmibeshoglu admitted on Turkish television that the Turkish government carried out false-flag attacks on the island of Cyprus in the 1960s in order to instill feelings of hatred and revenge in Turkish Cypriots against the Cyprus government.

"Sabri Yirmibeshoglu was the former Secretary-General of the National Security Council (MGK), and the chief of Turkey’s Special Warfare Department." 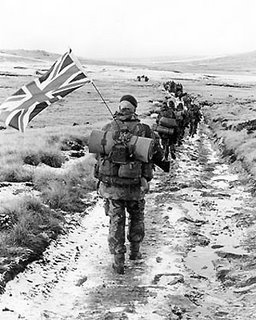 Jeane Kirkpatrick was President Reagan's ambassador to the United Nations.

During the Falklands war of 1982 Jeane Kirkpatrick did not want the USA to support Britain.

Many of President Reagan's people openly encouraged Galtieri's to invade the Falklands.

"Israel sold weapons to Argentina at the height of the Falklands War in 1982, according to declassified Foreign Office files.

"British diplomats cited evidence that Israel had supplied the Argentine military junta with arms that were used against the Task Force during the campaign to liberate the islands.

"Israeli military exports before the war included the Skyhawk jets that would later be used to bomb British warships, killing dozens of soldiers, sailors and marines.

"Four British warships were sunk by bombs dropped from Skyhawks, including RFA Sir Galahad, a troop carrier that was set ablaze while anchored in Bluff Cove, killing 48 sailors and soldiers. Simon Weston, the badly burned veteran, was among the survivors. Another four ships were damaged by Skyhawks."

Israel sold weapons to Argentina at height of Falklands War.

US plan to attack Britain and its empire.

Documents found in the US National Archives reveal that:

The USA devised plans to attack Britain, and, other rivals.

How America planned to destroy BRITAIN.

Among the plans developed were:

On 21 September 2011, the Daily Mail explains: How America planned to destroy BRITAIN.

In 1930, the US military approved a plan for an attack on BRITAIN and its EMPIRE with bombing raids and chemical weapons.

Plan Red was the code for this massive US war against Britain.

The USA's 1930 plan aimed to destroy Britain's trading ability and bring Britain to its knees.

The use, against Britain, of massive bombing raids and chemical weapons was agreed to by the USA's General Douglas MacArthur.

The top-secret papers, "once regarded as the most sensitive on Earth", were found within the American National Archives in Washington.

In 1931, the U.S. government got Nazi sympathiser Charles A. Lindbergh to spy on Canada.

Four years later, the U.S. Congress agreed to the building of three secret airfields on the U.S. side of the Canadian border.

In 1935, America staged its largest-ever military manoeuvres near the Canadian border.

The first attack on British citizens was to be in Halifax, Nova Scotia, in Canada.

According to Professor Mike Vlahos, of the U.S. Naval War College, 'The U.S. was forced to contemplate any measure to keep Britain at bay.

'You have to remember the U.S. was born out of a revolutionary struggle against Britain in 1776,' says Dr. John H. Maurer, of the U.S. Naval War College.

On 15 June 1939, an internal US memo states these plans for an invasion 'should be retained' for the future.

The top-secret papers seen here in a UK Channel 5 documentary.

War Plan Red, also known as the Atlantic Strategic War Plan, was a plan for the United States to make war with Great Britain (the "Red" forces).

It was developed by the United States Army during the mid 1920s, approved in May 1930 by the Secretary of War and the Secretary of Navy, updated in 1934–35, and officially withdrawn in 1939, following the outbreak of the Second World War, when it and others like it were replaced by the five "Rainbow" plans created to deal with the Axis threat.

However, it was not declassified until 1974.

The war was intended to be a continental war, waged primarily on North American territory between the United States and the British Empire.

The assumption was that Canada would represent the primary theater of operations.

War Plan Red was created because some American planners thought that Britain’s imperial reach would bring it into conflict with the U.S.

In 1935 War Plan Red was updated and specified which roads to use in the invasion...

War Plan Red was only one of a number of U.S. color-coded war plans developed at this time.

War Plan Red was declassified in 1974, and caused a stir in American-Canadian relations...