On 10 May 2018, we learn that Mahathir Mohamad has become the Prime Minister of Malaysia.

Mahathir once said, "Jews rule the world by proxy." 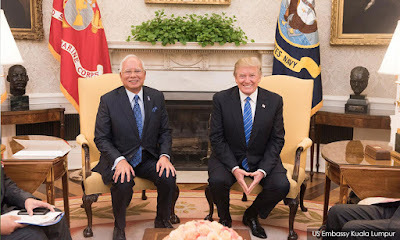 Above, we see Donald Trump and 'his friend', the 'Malaysian crook' Najib Razak.

There was a General Election in Malaysia on 9 May 2018.


Mahathir is now allied to his former foe Anwar Ibrahim.

In 1998, Anwar, having fallen out with Mahathir, found himself charged with sodomy and corruption. 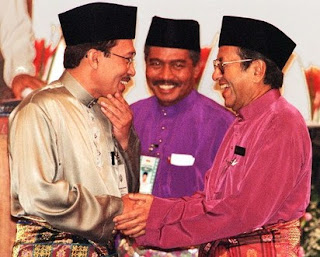 "Mahathir has led a chorus against what he calls China's widening clout in the country."

"Prime Minister Najib Razak, meanwhile, has warned that Malaysia's good ties with China would be destroyed if the opposition wins, noting the enormous benefits the country has reaped from the relationship."

the spectre of a foreign bogeyman ...

What does the Kosher Nostra want for Malaysia?

Think of Afghanistan, Iraq and Syria.