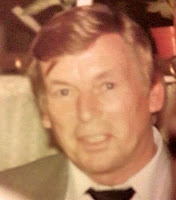 "My Father Reginald Pickstock was protected by Stockport police station, in Greater Manchester.

"He was reported to the police station over 10 plus times by my brother, and myself, to tell them about what he did.

"His preference was for girls aged 4 and upwards.

"He ran clubs in Stockport .

"He was found guilty of over 20 charges of historical child sex abuse .

"My brother was forced by the drug squad at Stockport police to sell drugs for them in the 70's.

"The clubs my father owned were called Blazers, The Manor Lounge , The tabernacle , and Club Dungeons.

"Some were un licenced to attract a younger crowd.

"Poynton is only a few miles away, as is Wilmslow."

LEANNE McKIE lived in Wilmslow and was found dead in Poynton 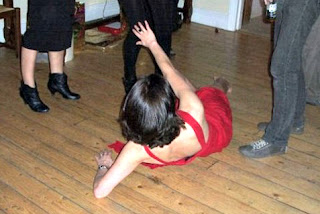 Reginald Pickstock, the child abusing nightclub owner who rubbed shoulders with the Rolling Stones and other rock royalty, has been jailed.

Reginald Pickstock once attracted acts like Jimi Hendrix, Rod Stewart and The Who to his Stockport clubs including Manor Lounge and the Tabernacle

Reginald Pickstock, 87, of Romiley, owned a number of popular clubs in Stockport during the Sixties and Seventies - but used the clubs to attract and exploit vulnerable youngsters.

In September 2017, Reginald Pickstock was found guilty of 22 counts of indecent assault following a trial at Minshull Street Crown Court.

Reginald Pickstock has been sentenced to 10-and-a-half years in prison for the offences, which date back as early as the 1950s.

Pickstock's son Keith, 53, says these venues gave his father a platform for his abuse. And that his status meant he was protected from being brought to justice.

Keith says that, in the late 80s and early 90s, he twice tried to report his father to the Stockport police but was sent packing.

"They said if I came back again I would be locked up. My dad owned a lot of nightclubs and he was looked after.

"He is an evil, manipulative person."

Jailed - the child-abusing nightclub owner.
~~
Posted by Anon at 04:55