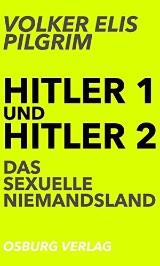 Pilgrim uses archival material to paint Hitler as a pervert who was sexually turned on by violence.

Pilgrim writes: "The speciality of serial killing ... is the slow, sophisticated, extremely cruel taking of life.

"That is exactly what Hitler practised ..."

Pilgrim is descended from Prussian aristocrats. 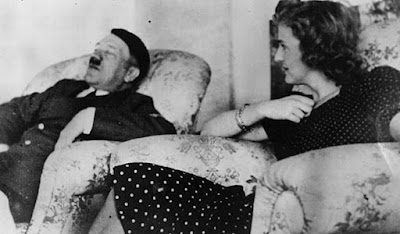 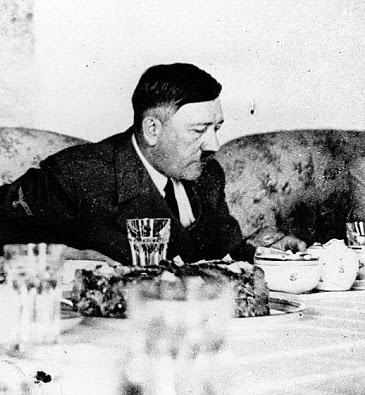 Adolf Hitler recalled a time during World War I when he was sheltering in a trench, and heard a mysterious voice.

He said: "Suddenly a mysterious voice seemed to be saying to me, 'Get up and go over there.' I moved twenty yards. There was a sudden explosion in the part of the trench I had just left. I was saved by some kind of supernatural force."

When Hitler was aged 17, and with a friend called August Kubizek, he heard a mysterious voice telling him that he would be the saviour of Germany.

Kubizek said it was as if Adolf was possessed by a demon.

Dietrich Eckardt, of the Thule Society, "taught Hitler how to communicate with mysterious forces."

According to one of Hitler's followers, Hitler used to "wake at night with convulsive shrieks and shout for help." It is as if he has encountered a demon.

Maria Anna became pregnant while living as a servant in a Jewish household.

Hitler's nephew, William Patrick Hitler, and Adolf's lawyer, Hans Frank, claimed that the father of Alois was a wealthy Jew.

According to Hitler, a Jew did pay Hitler's grandmother money.

Alois gained the help of important people and became a government official.

According to Hitler's friend Reinhold Hanisch, Hitler boasted of having rich Jewish relatives. 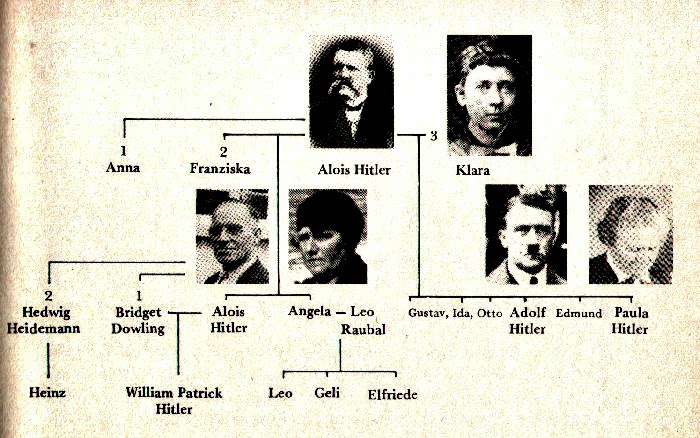 Alois enjoyed alcohol and reportedly had sex with his pre-teen cousin, Klara Poelzl, and with a teenage waitress, Franziska Matzelsberger.

Alois then got his young cousin Klara Poelzl pregnant.

Franziska then died in mysterious circumstances.

Alois Jr. was the son born to Alois by Franziska.

What happened to Alois Jr.

He was placed in a concentration camp where he died.

After the death of Franziska, Alois married Klara Poelzl, his cousin and adopted daughter.

Klara was the mother of Adolf Hitler.

Alois would sometimes beat Adolf until he lost consciousness.

And he beat Adolf's sisters Paula and young Klara. 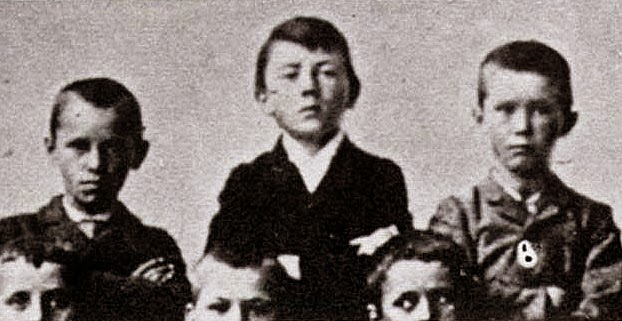 Adolf like to read about America and became a fan of the policy in the USA of killing off the American Indians in 'reservations'.

Both at home and at school Adolf became known for his fits of rage.

Adolf behaved in a sadistic manner towards his teachers and his fellow pupils.

At the age of 15, Adolf was expelled from school.

After the death of Alois, Klara and her family moved to Linz, the third largest city in Austria.

Before long, Klara too was dead.

Adolf sometimes spoke to Kubizek of his admiration for the Jewish people, and yet Adolf  joined the Anti-Semitic League.

Adolf had Jewish friends in Vienna.

But at times he was antisemitic.

Kubizek managed to graduate from the Conservatoire.

Adolf was rejected by the Vienna Academy of Fine Arts.

Adolf that once fancied a young girl called Stefanie.

Hitler used to watch her from a distance.

According to Kubizek, Adolf fantasized about kidnaping and killing Stefanie. 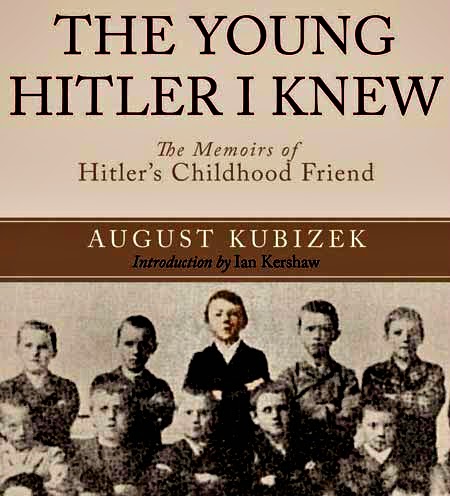 According to Kubizek, Hitler's homosexuality "had long been one of his problems."

What happened to Hanisch.

They say Hitler had him murdered.

Hanisch died while in detention in 1937.

And what about Josef Neumann, a wealthy Jewish homosexual who used to come to the Mannerheim to find young men for sex?

Adolf then went to live with Josef Greiner, who was a fan of the gay Mannerheim hotel. 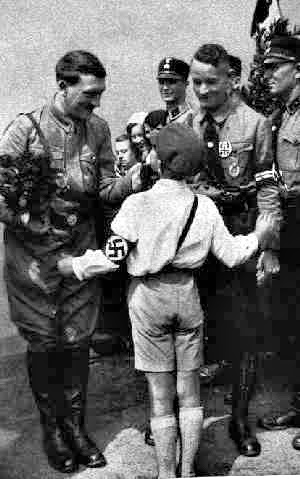 Adolf later appointed to positions of power child abusers such as Ernst Roehm and Julius Streicher.

Hitler used to spend a very great deal of time with the boys of the Hitler Youth.

Hitler believed that intimate touching of young boys leads to the transfer of certain energies or rays.

Hitler is reported to have had sexual relationships with Rudolf "Fraulein Anna" Hess and with Wolfgang "Bubi" Foerster. 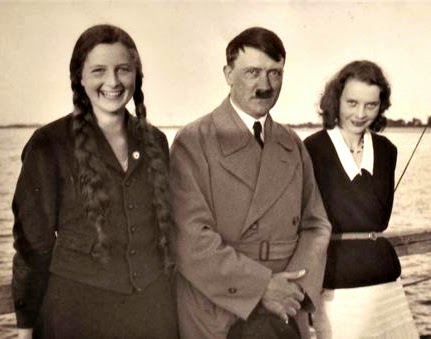 Geli was the daughter of Hitler's half-sister, Angela.

Geli came to live with Hitler.

The Nazi Party's Otto Strasser said that Adolf forced his niece Geli to urinate and defecate on him. 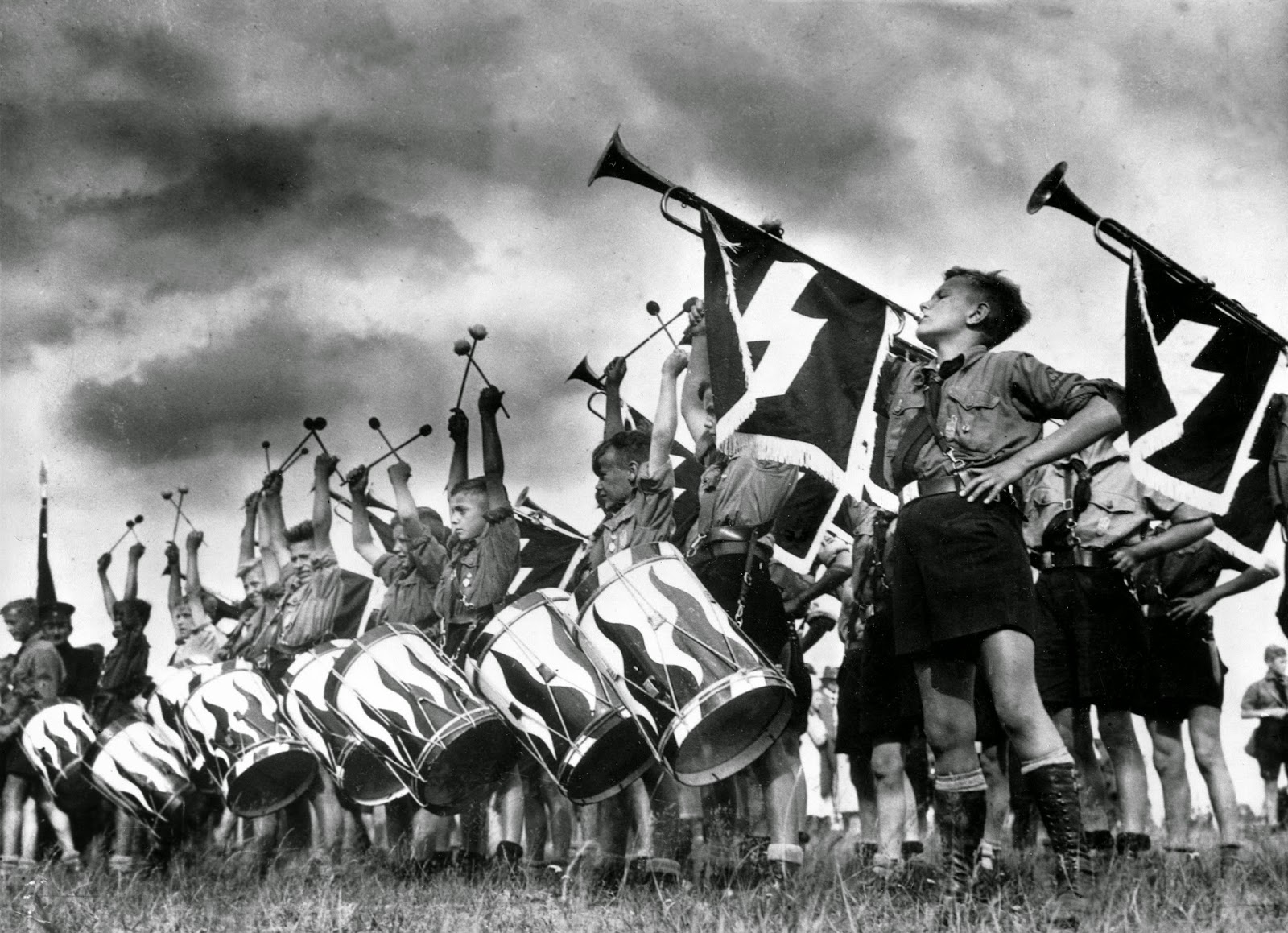 Adolf moved to Munich in 1913 and by 1921 had become the leader of the German Nazi Party.

When he addressed the masses, Hitler appealed to the secretly gay side of German men.

American psychoanalyst Walter Langer reported: "In regarding his audience as fundamentally feminine in character, his appeal is directed at a repressed part of their personalities.

"In many of the German men there seems to be a strong feminine-masochistic tendency that is usually covered over by more virile characteristics but which finds partial gratification in submissive behavior, discipline, sacrifice, and so forth."

What was the secret of Hitler's success in addressing rallies.

"He understood the feminine character of the masses.

"These Germans are like women. They want clearness, decision, power, and action. 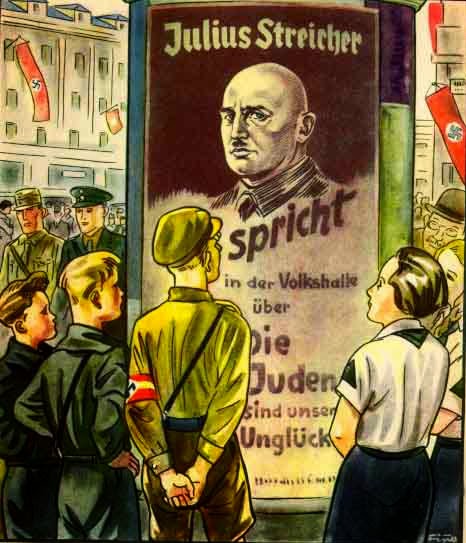 The typical Nazi was Julius Streicher.

He reportedly wrote stories about the ritual murder of children.