Drills before the shootings.

The Dallas shootings, of 7 July 2016, resulted in 5 police officers killed.

"This was a very well-planned and well-coordinated attack that was executed with a disturbing level of precision."

This looks like the Operation Gladio Strategy of Tension designed to get people scared and promote 'right wing' authoritarian leadership. 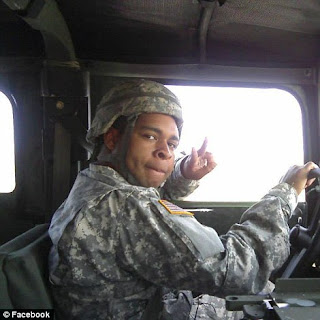 The person being blamed for the shootings is Micah Xavier Johnson, a 25-year-old Army veteran with no criminal history.

Johnson lived with his white stepmother.

Neighbor Jowanda Alexander, 36, a mother of four, said that Johnson was 'not an angry guy'.

Johnson may have been killed before the 'shootings of the policemen' began. 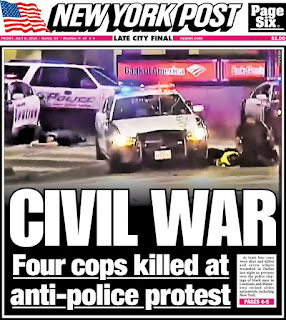 Most USA urban police departments have had extensive training contacts with Israel in recent years.

"Police officer minds can be agitated via pulses in their always-on shoulder radios."

In his book The Rise of the Warrior Cop, journalist Radley Balko writes that since the 1960s:

"Law-enforcement agencies across the U.S., at every level of government, have been blurring the line between police officer and soldier.

"Driven by martial rhetoric and the availability of military-style equipment - from bayonets and M-16 rifles to armored personnel carriers - American police forces have often adopted a mind-set previously reserved for the battlefield."

The Dallas Shooting of Policeman (Helter Skelter in a Summer Swelter).