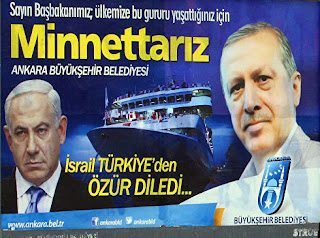 In May 2016, it was reported that "the number of Mossad experts has dramatically increased in Turkish airports." 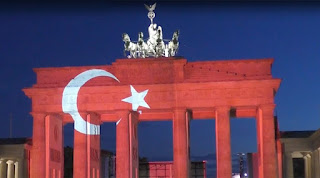 On 27 June 2016, it was announced that Israel and Turkey had reached a deal to normalize diplomatic relations.

Both Israel and Turkey are alleged to be helping ISIS.

On 29 June 2016, we read that "ISIS has carried out a terrorist attack on Istanbul's airport".

Donald J. Trump
✔@realDonaldTrump
Yet another terrorist attack, this time in Turkey. Will
the world ever realize what is going on? So sad.


The Powers-That-Be want us to feel sympathy for Turkey.

According to an article in the New Yorker, Turkey has helped the ISIS fighters.

"Many of those fighters who joined ISIS used Atatürk International Airport to complete their journey.

"At the same time, ISIS militants were able to set up networks inside Turkey itself."

Who Bombed the Istanbul Airport? 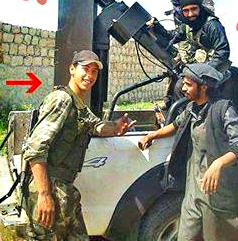 Here is a long list of evidence of Turkish support for Isis in Syria.

"The attack comes as the Turkish government have been working to repair recently damaged ties with Russia.

"Erdogan and the Turkish government have decided to refocus on the threat of an independent Kurdistan to Turkey and are rebuilding many bridges to strengthen their position regarding Kurdistan."

I look at this attack in Istanbul as a message to the Turkish government from the US/Israel/NATO criminal cabal: "You will NOT make any movements towards appeasement with Russia without our approval...

"This Istanbul bombing is a warning."

The Istanbul Bombing: Is This The Criminal Cabal's....

Istanbul's Ataturk Airport is yet another 'terrorist attack' airport site managed by the Israeli ICTS 'Airport Security' firm, with its London headquarters at Tavistock Square

History of major ICTS 'terrorism' incidents, at least 9 so far

2016 - ICTS still running airport security in Paris, now for Egypt Flight 804 brought down over Mediterranean 19 May killing all aboard again

2016 - ICTS running airport security at Ataturk Airport, for 'terrorist bombing' 29 June with over 40 dead
Posted by Anon at 00:28