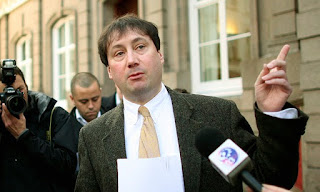 A number of people ask me why I decline to give evidence voluntarily to this so-called "public-inquiry"...

One of the reasons I'm reluctant to give evidence is that such all-powerful, starkly conflicted, child-abuse concealing criminals - such as William Bailhache - and his allies and backers - will have me killed.

I live in fear of these people... 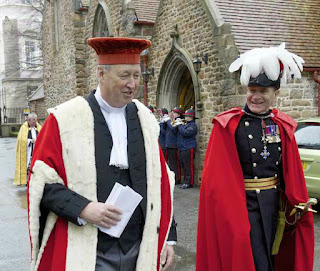 They are multi-evidenced criminals - oppressive gangsters - who've repeatedly demonstrated their "ownership" of the policing function, the prosecution function and the judicial function.

Even setting aside the other valid reasons for my grave concerns at the prospect of engaging with this "public inquiry" - I can never engage - in a fearless and unintimidated manner - with any Jersey-based public inquiry - unless and until the Crown suspends and purges the obviously captured, corrupted - and dangerous and intimidating - Crown "law-enforcement" system in the tax-haven of Jersey.

We've just seen a former Police Chief - who fortunately enjoys the security of him and his family no longer living in Jersey - describe - under oath - how he was subjected to an illegal conspiracy to remove him from office.

A conspiracy which involved people such as William Bailhache. A conspiracy to the ultimate purpose of capturing and corrupting the police force, so as to pervert it from its real purpose of combating crime, and instead bending it to the corrupted purpose of covering-up crimes and oppressing those who expose crimes.

William Bailhache - and a similar milieu of all-powerful criminals - have been permitted to capture the entire - the entire - "criminal justice system" of the Crown Dependency of Jersey.

For as long as they're permitted to remain in power in Jersey by the authorities of London - no full and fair - unintimidated - public inquiry can ever function with vires in this island. Not whilst witnesses like me are forced to live in fear.