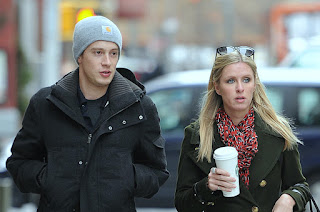 Above we see James Rothschild (banks) and Nicky Hilton (hotels).

Various Goldsmiths will attend the wedding.

James's father Amschel was the youngest child of Victor Rothschild, the spy alleged to have controlled the British Prime Ministers - Churchill, Heath and Thatcher.

In 1996, Amschel Rothschild was found hanged at the Hotel Bristol in Paris.

Four years after the death of Amschel, Raphael de Rothschild died of a heroin overdose in New York.

Around 1909, Oscar Rothschild, from the Austrian branch of the family, was found shot dead.

In 1923, Amschel’s grandfather, Nathaniel Charles Rothschild, was found dead with his throat slit. 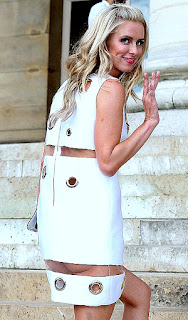 Nicky Hilton's mother, Kathy Hilton (née Avanzino) was 'pushy, arrogant, presumptuous. The spotlight always had to be on her.'

That is according to Peggy Cusack Yakovlev, who worked for the family.
James Rothschild's mother was born Anita Guinness. 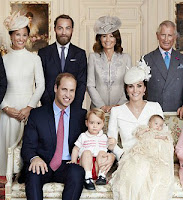 In the religious wars in Europe, Christians massacred Christians.

At the top of the pyramid of power the bad Moslems, bad Christians and bad Jews are all in alliance.

SS Lieut. General Horst Hoyer submitted a report in 1952 on the role Nazi Jews played in the Holocaust.

excerpt from his report:

In October 1943, sixteen selected Jews were taken ... to the old civilian airport on the Chortower Highway and flown to neutral Spain, to be handed over to the United States, including a relative of Henry Morgenthau, a member of President Roosevelt's cabinet.
Posted by Anon at 00:21