...
Jonah Rief in the USA in 2012. In 2013, Jonah entered Australia under a fake passport. "After Jonah was trafficked, nude photos of the boy went up on a Facebook page belonging to Sara Francis. Close to 200,000 hits on the page has indicated to human trafficking experts that the pictures were used as part of a sales operation." Saving Jonah Rief.

In the USA, corrupt judges reportedly take children away from their mothers and hand these children over to child abuse rings and Satanist gangs.

Jonah Rief is the son of Tammy Rief.

In California, Judge Gregory W. Pollack ordered that Jonah be handed over to Brian Sullivan.

Reportedly Brian Sullivan is a man with many aliases.

Reportedly, in 2013, Jonah was trafficked to Australia.

Reportedly, nude and body part photographs of Jonah were seen later in 2013 on a Facebook site under the names of Sara Francis and Sara Frances.

"Jonah is six years old and reportedly has information the traffickers fear will be released if Jonah surfaces.

"Other children have reportedly been trafficked by the same network and a recent report indicates Jonah may have witnessed some kind of murder tied to the traffickers."

Very often it is the police who are involved in the kidnappings of children, reportedly.

Jonah's parents have called on California Attorney General Kamala Harris and Governor Jerry Brown to take action to end the trafficking of children via the California court system.

"Tammy Rief, who is from Georgia and has never lived in California, now sits in a California prison."

Reportedly, an Alabama court ordered Brian Sullivan to keep away from Jonah, and another court order gave Tammy, the mother, full custody of Jonah.

However, a California judge gave Sullivan, "a man documented to have abused Jonah", the right "to steal Jonah", from his home in Georgia.

"Tammy had briefly dated Brian Sullivan, in South Carolina, but had not heard from him in over three years before he suddenly attempted to achieve custody of Jonah in her state of residence, Georgia.

"Tammy proved to the Georgia court that Brian Sullivan could not be the biological father and that Jonah was at risk from Sullivan.

"Undaunted, Sullivan somehow got a California divorce court judge to award him custody of Jonah.

A judge linked to child abuse.

Brian Sullivan then went to San Diego's judge Gregory W. Pollack who arranged for California Marshals to bring Jonah from Georgia into his California jurisdiction and control.

When the mother was allowed a visit from Jonah, the mother "saw Jonah had been battered and had rope burns on both wrists and on his ankles."

Jonah told his mother that his father had abused him along with several other men.

An examination showed Jonah had been physically and sexually abused.

Many of the police and the judges are reported to be members of child abuse gangs.

However, the Arizona police arrested Tammy and Jonah and sent them back to Sullivan and Judge Pollack.

Safe Kids international has compiled a list of the alleged illegalities that took place during the trial phase.

Similar stories of court ordered kidnapping have been reported in Detroit, MI, Florida and Oklahoma

Reportedly, Brian Sullivan has repeatedly admitted that Jonah is not his son.

At the club, Jonah, and other young boys, were reportedly subjected to Satanic rituals.

Reportedly, Sullivan put on a hooded brown robe and was joined by men in hooded black robes.

"The boys were taken into the back room, where they were hung by ropes tried around their ankles.

"Candles were lit for the ritual.

"Tools were shoved up their anuses and the boys were forced to drink blood according to Jonah.

"Jonah said he was beaten for saying he did not like being with Sullivan."

"There was witness testimony to the the rope burns present on the ankles, after these rituals." 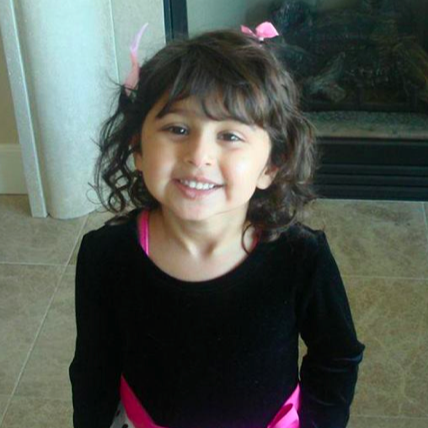 "American kids are being sex trafficked out of the United States to rich buyers in foreign lands.

"This is a multi-billion dollar business and those leaders charged with protecting our children have failed to do their jobs.

"Shockingly, American judges routinely open the doors to trafficking of the youngest most innocent American children.

"In the case of Lexi Dillon, the Tustin Police could not stop a corrupt Orange County Judge James L. Waltz and his successor from handing her over to a man experts insisted had repeatedly sodomized and raped the girl.

"The evidence of sodomy and rape was clear and supported by medical evidence, by doctors records, by psychological reports and by the police investigation."

According to a report in the Daily Telegraph:

"Priests are to work alongside Italian police officers to tackle a rising tide of crimes linked to devil worship.

"The clerics have been seconded to the Squadra Anti Sette (SAS) anti-sect squad by the Vatican after Church officials became concerned about the number of churches being desecrated by Satanists.

"In recent months there have also been a string of murders that have been linked to devil worship.
"'We are not just talking about murders but the psychological grip that these sects have on young people, especially taking them away from traditional social values and exposing them to all sorts of horrors.

"'We estimate that there are at least 8,000 Satanic sects across the country with more than 600,000 members and the numbers are growing. That is why the Church is more than happy to help.'"

The nationwide operation will be centrally controlled from Rome by police chief Gianni de Gennaro. SAS units are expected to work with psychologists and the Vatican's experts, while a special freephone hotline has been set up to report occult activities.

At the Arthur G. Dozier School in Marianna, Florida, there was a 'Rape dungeon' and students were hunted down and killed as they tried to escape.

A report details a century of horrific abuse at the notorious Florida reform school.

University of South Florida researchers have found the remains of 51 people buried at the reform school which was in operation between 1900 and 2011.

A 6-year-old boy ended up dead after being sent to work as a house boy, and another boy was found shot to death after an escape attempt.

Former inmates and employees talked about a 'rape dungeon' where boys, some younger than 12, were sexually assaulted

Some ex-Dozier inmates call themselves 'The White House Boys' after the white building where the worst abuse happened
Report details a century of abuse at Arthur G. Dozier School