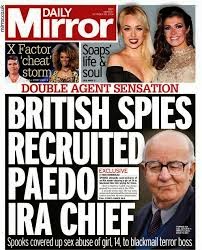 The UK security services used 'child sexual abuse' as a way of controlling the IRA.

Reportedly MI5 covered up the abuse of young girls, and boys, by leaders of the IRA and similar organisations.

It is believed that all the key leaders of the 'terrorist' organisations were working for the UK security services.

In addition, Cahill’s grand-niece, Mairia, revealed that the IRA covered up the alleged abuse she suffered as a 16-year-old at the hands of another IRA figure.

Gerry Adams' brother Liam was jailed for sexually abusing his own daughter.

Liam is currently serving a 16-year prison sentence for raping and abusing Aine Dahlstrom when she was aged between four and nine in the late 70s and early 80s.

Labour MP Simon Danczuk, who exposed the truth about MP Cyril Smith, said: "The exploitation of children by the secret services and members of the establishment comes as no surprise.

"We are discovering a history of poor children being treated like disposable goods by people in high places and no one batted an eyelid."

Jimmy Savile boasted that he had friends in the IRA who could beat up anyone who got in his way. 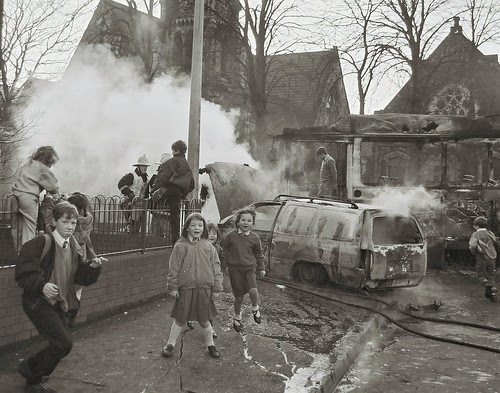 Savile was a regular visitor to Belfast, the location of the KINCORA children's home, reportedly used by the UK security services as a boy brothel.

IRA RUN BY THE SPOOKS / MI5/MI6 TERROR ARCHIVE / Half of all top IRA men 'worked for security services' .