Apparently, there are lots of female celebrities who are Lesbian.

In his new autobiography, child star Neil Patrick Harris (above) writes that, at the age of 13, he was attracted to boys in 'a tingly kind of way' .

Neil Patrick Harris says he was aged 13 when first told his mother that he thought he was gay.

This was after he had developed a crush on the trumpet player in his middle school band.

Neil's mother said it might just be a phase.

Neil writes: "And she sees that even though you date some really nice girls through your high school years, it's the cute new boy in your class or on set who really gets under your skin and thrills you and spurs your imagination."

Neil had his first gay liaison with 'Andy', with whom he appeared in a 1997 production of a musical. 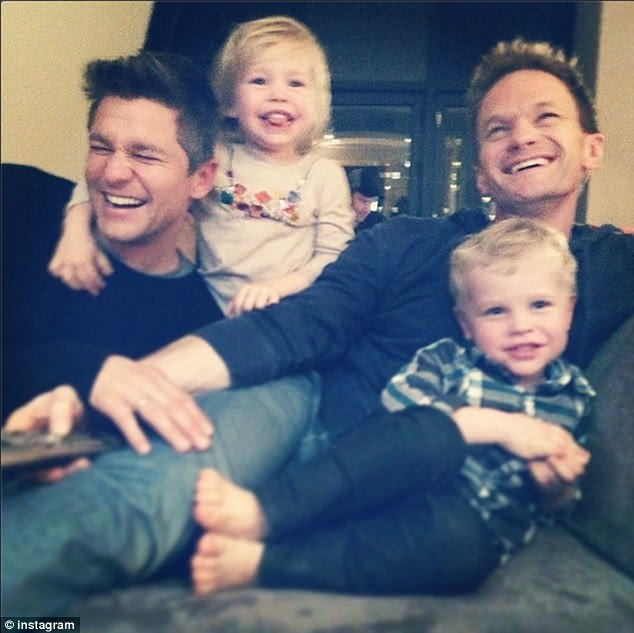 Our nearest relations in the animal kingdom are the Bonobo chimps, who are entirely bisexual.

In 2012, former child actor Kirk Cameron stated on Piers Morgan Tonight that "homosexuality is unnatural, detrimental and ultimately destructive to the foundations of civilization" 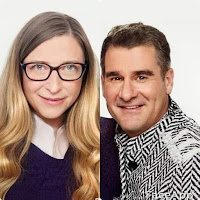 Rupert Everett, Chad Allen, and Ellen DeGeneres allowed the public to know that they are homosexual.
Danny Pintauro outed himself in the National Enquirer.

Reportedly, the large number of child stars that are gay or bisexual have to go to great lengths to pretend otherwise.

A "Beard" is the female companion that a gay male star uses to disguise his sexuality.

Allegedly, examples of beards have been: 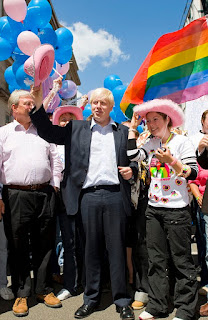 Gay or bisexual stars have been known to pick up prostitutes so as to spread the rumour that they are 'normal'.

Ellen DeGeneres came out as a lesbian and joined the Human Rights Campaign (HRC ). Reportedly, the rate of gay teen suicide declined, at least temporarily, as a result.

Former child actor Roddy McDowall (1928-1998) was gay, but he managed to survive.
http://www.glbtq.com/arts/mcdowall_r.html

Chad Allen, born in California in 1974, was the clasic child actor.

At the age of four, he appeared in a McDonald's commercial.

As a child he starred in the drama series St. Elsewhere.

He became a teen idol.

He said: "I was in teen magazines all the time and in reality, what was I?

Chad Allen made the transition from child star to adult actor.

In 1996 the Globe tabloid published a photo of Chad kissing a boy at a pool party.

He began to receive messages from young gay people.

He worked with Olympic champion Greg Louganis to draw attention to the problems faced by gay youth. 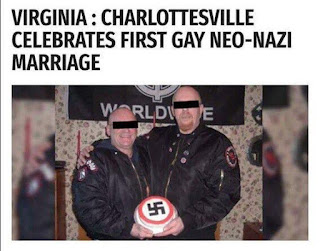 Scientists in the USA have been studying gay birds and have found that they sing to each other and preen each other.

When raised in same-sex groups, most of the birds acted gay.

When females were brought into a male group, five out of eight pairs of males ignored the females and remained with their male partner.

Dr Elie said that, with gulls and albatrosses, "female partners copulate with a paired male then rear the young together."

In the novella Death in Venice, Aschenbach/Mann is the cerebral, sexually repressed, politically conservative, writer who has achieved fame but whose writing lacks deep insight into the world of love and lust.

In Venice he lets sensual beauty into his life and goes astray.

He becomes a slave to desire, feels tortured by guilt, and cannot relax.

And his "dignity is rescued only by ... Death."

Mann is warning us to avoid extremes.

The Old Testament was not keen on homosexual activity, because it did not lead to the production of lots of children for the tribe.

Today, in an over-populated world, the 'powers-that-be' may have decided to relax their attitudes.

Attitudes can be changed fairly easily.

However, according to the Buddhists, avoiding sex, while continuing to think foul thoughts, is not good. Better to obtain physical outlet, while thinking wholesome thoughts.

Pamela Anderson kissing Lindsay Lohan
The Rev George Hargreaves, whose family come from Trinidad and Tobago, is leader of the Scottish Christian Party, which believes that homosexuality is a sin.
According to The Times, 13 April 2007, (Times Online), Hargreaves made millions from his success on the gay club scene.

While he was a DJ in London, he shared a flat with his gay song-writing partner.

He wrote the gay anthem "So Macho" which was a hit in gay clubs in the United Kingdom in 1986.

Francois Boucher
The Rev Ian Watson, of the Church of Scotland, has attacked homosexual lifestyles, declaring that such people would not “inherit the kingdom of God.”
In his sermon, Watson invoked John Calvin and Martin Luther.
(Anti-gay minister the Rev Ian Watson in outrage)

According to Bolsec, Calvin frequently engaged in gay sex.

According to Bolsec, Calvin resigned his church post at Noyon, in France, because of the public exposure of his homosexuality.
Westheimer and Lopater's, Human Sexuality: A Psychosocial Perspective, Second Edition, refers to Martin Luther. (http://66.102.9.104/5)
According to the authors, in his youth, Martin Luther struggled with his own sexuality.

Luther tried to deny his homosexual attractions to other men.

During the Protestant Reformation, Martin Luther came to believe that if two people are devoted to each other and to God, it does not matter if they enjoy a homosexual relationship. 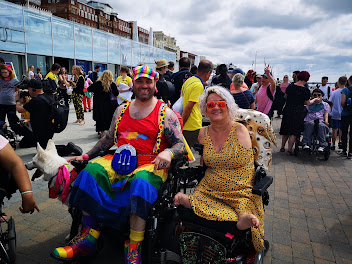 Gay Moslem Art
Professor Germaine Greer, formerly Professor of English Literature and Comparative Studies at the University of Warwick, claims that saying boys are beautiful amounts to 'demolishing one of the last great western taboos.'

Peter Conrad reviewed Greer's book on The Boy in the Observer, 26 October 2003. - (http://books.guardian.co.uk/reviews/l )

According to Conrad, Germaine Greer warns women that "they are ill-equipped to act as 'sex objects' and are 'programmed for failure in their duty of attraction'."

According to Conrad, 'Greer believes that the job of arousing desire is done better, and with an ecumenical appeal to both men and women, by the boys who teasingly lounge and cockily strut through the pages of her book.'

Conrad tells us of Greer's belief that 'If nature didn't intend boys to be seduced by older men and women, why did it make them so damnably fetching, so downy-cheeked, rangy-limbed and pert-buttocked?'

Gay Chinese (http://gay-art/china-homosexual-art/l)
In the 15th century, the wealthier women of Cairo were so concerned by the fashion among their husbands for youths and young men, that they took to dressing up in men's attire.

Homosexuality used to be common throughout the Moslem world. During the early years of Islam, homosexuality was seemingly not regarded as a crime.
In Africa, Asia, the Americas and Europe, before the missionaries arrived, homosexuality was widespread. (Bisexual Africa /Bisexual animals? Bisexual Moslems? Sex with boys? / Mediterranean customs?)
Among the Fon, the predominant people in Dahomey (now Benin), Melville Herskovits in the 1930s reported that, after the age at which boys and girls may play together, "the sex drive finds satisfaction in close friendship between boys in the same group . . .

A boy may take the other 'as a woman,' this being called gaglgo, homosexuality.

Sometimes an affair of this sort persists during the entire life of the pair".

Miranda Kennedy, in The Boston Globe, 11 July 2004, wrote that, traditionally, men in Pakistan have sex with boys.

When the Spanish Conquistadors conquered Central America and the Yucatan in Mexico, they found that most native Indian priests were homosexual.

In their temples were sacred statues depicting gay sex acts.

The Romans were pretty gay. Cato the Censor complained about 200 B.C.E. that a handsome slave boy cost as much as a farm.

Britney and Madonna. Is the media trying to change people's views?

1. It is the fundamentalists and conservatives - whether Christian or Moslem or Hindu or Marxist - who have misunderstood the wishes of God.

2. It is the big corporations - who want lots of workers and consumers.

3. It is the militarists - who want their nations to have strong armies.

4. It is the brainwashed masses who know little of the animal kingdom.

According to an article entitled: Bigots are buggers :

"Research by US psychologists suggests that 80% of men who are homophobic have secret homosexual feelings.

"The research results were published in the prestigious Journal of Abnormal Psychology, with the backing of the American Psychological Association.

"In tests conducted by Prof. Henry E Adams of the University of Georgia, homophobic men who said they were exclusively heterosexual were shown gay sex videos.

"Four out of five became sexually aroused by the homoerotic imagery, as recorded by a penile circumference measuring device - a plethysmograph."

"The more complex and sophisticated a social system is," she writes, "the more likely it is to have homosexuality intermixed with heterosexuality."
~~
Aangirfan strongly recommends celibacy.

In underpopulated countries it is OK to increase the size of the population.

But the Chinese, Indians and Americans should reassess their attitudes to sexuality.

Richard Kurdt left a comment about us human beings.

"There is an invisible, ineffable spirit within your physical body." -FINDING GOD
Posted by Anon at 21:46