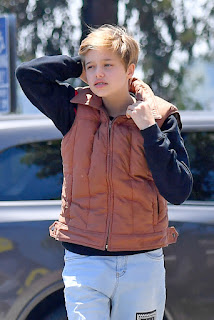 She came out as gender-fluid

Some celebrities are open about their sexuality and some are not. 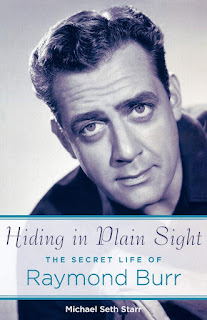 Raymond Burr (1917 – 1993) was a Canadian-American actor known for his title roles in the television dramas Perry Mason and Ironside.

The biographer Michael Seth Starr discovered that Raymond Burr had invented his 'biography'.

1. Military service he had never undertaken.

2. Battle wounds he had never sustained. 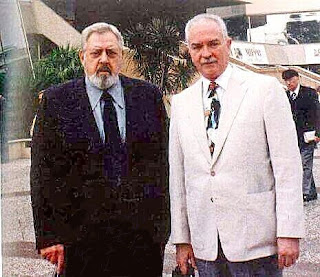 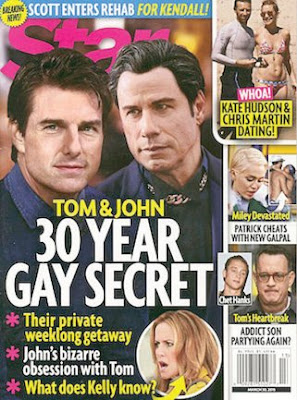 Can we believe the rumours?

In 2001, a court declared that Tom Cruise "is not, and never has been, homosexual and has never had a homosexual affair". Cruise then dropped a $100 million defamation suit against the publisher of Bold Magazine for claiming to have a picture of Cruise having sex with another man. 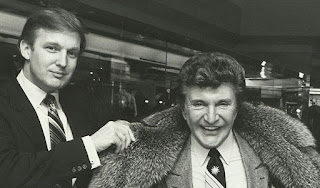 In 1956, Liberace sued a London columnist for suggesting he was gay. Liberace swore he was not.

Hollywood does not like its stars to be known as bisexual or gay.

Rudolf Valentino's career suffered after he was called gay.

Singer Johnny Ray suffered as the result of an article in Confidential Magazine that suggested he had attempted a drunken pass on a man.

On the other hand, it has been reported that Errol Flynn did not seem to mind being labeled bisexual. 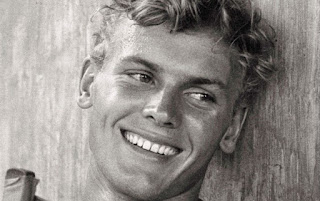 Tab Hunter was reportedly arrested at a gay drag party, but survived.

Laurence Olivier, rumoured to be bisexual, became a Lord.

In his autobiography, Marlon Brando related that he had had homosexual affairs. 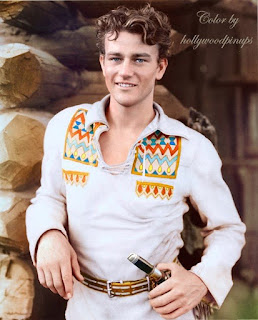 Tyrone Power, Gary Cooper, John Wayne and Clark Gable were said to be bisexual, but contined to be big stars.

Barbara Walters asked Ricky Martin whether or not he is gay. Martin replied that his sexuality is private.

Ben Affleck and Matt Damon have allowed themselves to be photographed on the same bed.

Which stars are rumoured to be bisexual? 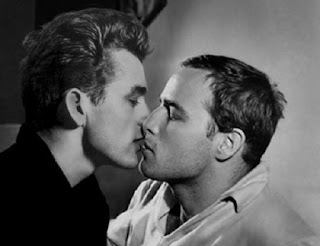 Among those who have acknowledged having had a same-sex experience

'Open Secret: Gay Hollywood' by David Ehrenstein refers to a number of 'bisexual' stars such as Richard Chamberlain. It also refers to alleged star couples: 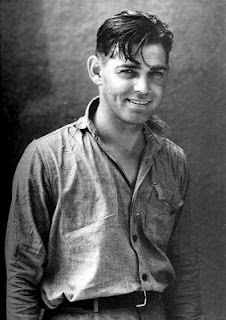 Fatty Arbuckle's career 'was wrecked when it was revealed that he had buggered all twelve Keystone Cops.'

'Raymond Burr was well known for his homosexual liaisons with rent-boys.'

There are allegedly tales of John Wayne wearing women's clothes, the young Clarke Gable being being involved with William Haines and John Wayne having an affair with Gable. 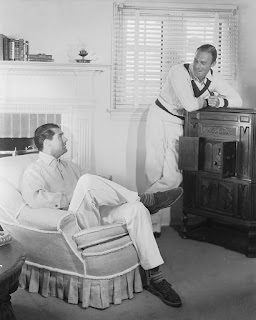 Film historian Kevin Brownwing, author of 'The Golden Grope - A History of Hollywood Harassment' writes about John Wayne's use of casting sessions to seduce young males.

"During the 1940s the outwardly conservative and heterosexual Wayne would regularly attend screen tests with director John Ford, in order to size up potential conquests. He'd get Ford to order the young hopefuls to take off their shirts and enact scenes which required them to lift heavy objects or bend over a lot."

Wayne's conquests reportedly included Randolph Scott, Joel McCrea and Montgomery Clift, 'with whom he had a torrid affair during the making of Red River in 1948'.

He admitting to having gay affairs in a 2004 interview with Attitude Magazine.

Other reportedly gay entertainers include (Cached):

Lucien and George Rekers.And here is a list of Anti-Gay Activists who reportedly are Gay

1 George Rekers, a baptist minister, was part of anti-gay lobbying groups in the USA.

'He used his fame and influence to pressure teenage boys into having sex.

'He took the boys on trips and gave them gifts in exchange for sex.'

'King was caught by his wife while having sex with a young male.'

He resigned from the House after reports of his sexual encounter with a rent boy became public.

Cody Castagna told police that Curtis offered him $1,000 to have sex.

'He was caught performing oral sex on another Young Republican.

7 David Dreier, a Republican member of the U.S. House of Representatives, has voted against gay rights.

He has been accused of paying his alleged boyfriend a high salary.

'Police searched Barclay's home and found videotapes of hundreds of sexual encounters with men that Barclay filmed on surveillance cameras'.

Reportedly, after leaving a gay bar with an unidentified man, Roy Ashburn was arrested for driving under the influence.

He's proposed that "any touching of the sexual or other intimate parts of a person" among teens be considered a criminal act.

For 25 years, 'West was having sexual relationships with boys.

'He offered to find boys jobs with the city of Spokane in exchange for sex.'

'He was arrested at the Minneapolis-St. Paul Airport for 'cottaging' an undercover police officer.'

'He was caught on tape soliciting sex from a gay prostitute.'

13 Robert Allen, an anti-gay Florida State Representative, 'was arrested for offering to do oral sex with an undercover policeman.'